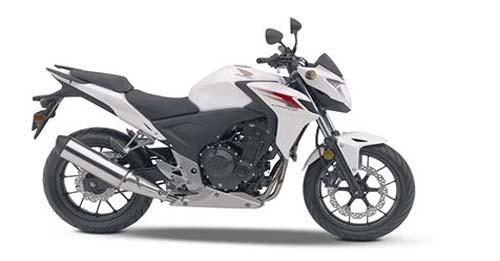 Honda CB500F is not launched in India yet. Information on this page is tentative.

Honda added the CB500F to its international line-up after the unveiling it at the 2013 EICMA show in Milan, Italy. The CB500F is essentially the naked version of the CBR500R – which is also expected to make its way to the Indian market – and it, therefore, loses out on the fairing while retaining the agility of its sibling.

At the heart of the CB500F is a 500cc twin-cylinder engine, which is good for 47bhp of power and 43Nm of peak torque. The engine will be mated to a six-speed manual transmission. The CB500F will supposedly make its debut in India in a new avatar.

We expect Honda to launch the CB500F around mid-2021, and at a price in the vicinity of Rs.5 lakh. If Honda prices the CB500F aggressively, it will compete against the Kawasaki Z650 and other similarly-priced naked motorcycles.