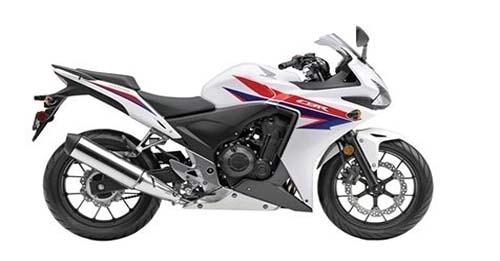 Honda CBR500R is not launched in India yet. Information on this page is tentative.

Unveiled at the 2013 EICMA show in Italy, Honda is keen to introduce the CBR500R in the Indian market next to the CB500F and CB500X. As its name implies, the CBR500R is the fully-faired version of the CB500F. The sportbike was updated in 2018 with a minor mid-cycle update, and Honda will most likely introduce the newer-specced bike in India.

The CBR500R will be powered by a 500cc twin-cylinder mill, which churns out 47bhp of power and 43Nm of maximum torque. The engine is mated to a six-speed manual gearbox.

We expect Honda to launch the CBR500R by the middle of 2021, and at an expected price around Rs.5 lakh. The CBR500R will be competing against the Kawasaki Ninja 650 and other middle-weight fully-faired motorcycles.