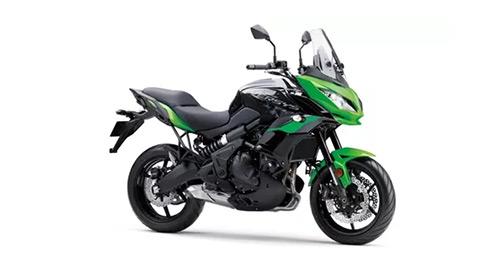 The Kawasaki Versys 650 Mileage is 24.7 kilometers per litre.

The Versys 650 is an entry-level offering from the maker in the Versys lineup, which means it comes across as a middleweight touring motorcycle. The Versys 650 shares its engine, frame, electronics, wheels and brakes with the Ninja 650 and the Z650. In the styling department, the Versys 650 gets a smaller cowl at the front, a larger fuel tank, petal disc brakes, a wider handlebar, and an adjustable windscreen as part of the whole package.

The new Versys 650 looks exactly like a middleweight touring motorcycle. Dimensionally, the motorcycle is 2,165mm in length, 840mm in width, and 1,400mm in height. Kerb weight is 218kg, while the ground clearance is 170mm. The fuel tank can hold 21-litres of petrol.

The Versys 650 is built around a diamond high tensile steel frame, and its suspension duties are taken care of by inverted telescopic fork with adjustable rebound damping at the front and an offset laydown single-shock with remote spring preload adjustability at the rear. The Versys 650 gets tubeless tyres both at the front and rear, which are 120/70 ZR17 M/C 58W and 160/60 ZR17 M/C 69W in size, respectively. The braking is handled by dual 300mm discs at the front and a 250mm disc at the back.

The Kawasaki Versys 650 new model comes equipped with ABS as standard. The instrument cluster is divided into an analogue tachometer and a digital screen, which shows the speedometer, odometer, and other useful information. The taillamp is an LED unit while the headlamp gets the conventional halogen treatment. 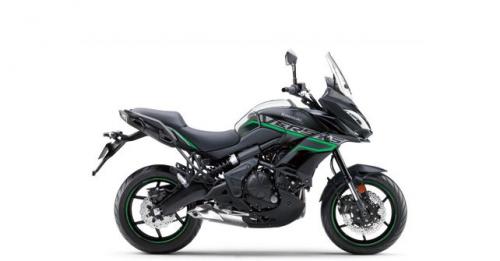 The new Versys 650 has been launched only with cosmetic upgrades; deliveries to begin this festive season. Kawasaki has launched the 2019 version of the Versys 650 in India. The only change comes in.... 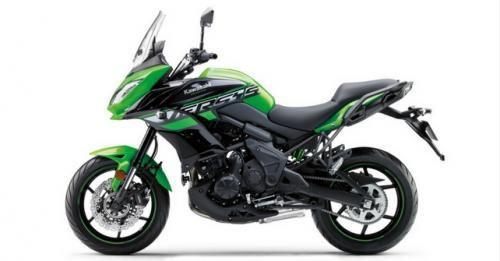 Kawasaki has quietly launched a slightly refreshed version of its Versys 650 in India at a price of Rs. 6.50 lakh - ex-showroom. For 2018, the Kawasaki Versys 650 gains revised graphics and livery to....

Kawasaki Versys 650 Price in Near By Cities