Kawasaki bikes price starts at ₹ 1.47 Lakh. Kawasaki has a total of 26 bikes of which 8 models are upcoming which include Ninja ZX-10R SE, Ninja H2 SX, Ninja H2, Z400, Versys X-300, Z900 RS Cafe Racer, Ninja ZX-6R and Ninja H2 SX SE. The Kawasaki Ninja H2R is the most expensive bike with a price tag of ₹ 79.9 Lakh. Select a Kawasaki bike to find out its latest price, specifications, features and more.

Kawasaki’s origins go back to 1878 when Shozo Kawasaki established the Kawasaki Tsukiji Shipyard in Tokyo. Eighteen years later, in 1896, it was incorporated as Kawasaki Dockyard Company Limited. From marking the beginning of Japan’s modern shipbuilding industry to foraying into numerous heavy industries such as steam turbines, locomotives and building aircrafts, Kawasaki had achieved immense success in all his ventures.

Then came 1949 and the company shifted its focus to the motorcycle industry by making motorcycle engines. Kawasaki’s first bike, called Meihatsu, was launched in 1954. This bike had Kawasaki’s own KB-5 engine and an improved model of the Meihatsu was introduced in 1956, called the Meihatsu 125 Deluxe.

In 1960, Kawasaki established their own motorcycle manufacturing facility and six years later they came out with their most notable effort till then, the 650cc W1 model. However, it wasn't until 1969 that Kawasaki emerged as a big player on the global motorcycle landscape. This was due to the release of the 500cc H1 model (also known as Mach III). Among the H1's unique attributes were good power and high performance, an exhaust roar typical of the 3-cylinder models and a two-tone colouring of white and blue.

In 1972, the Kawasaki bike unveiled Japan's largest motorcycle of the day, the Kawasaki Z1, featuring an air-cooled, 4-stroke, 4-cylinder, 903cc, DOHC engine, which was Kawasaki’s first 4-stroke engine with a state-of-the-art, unique mechanism. The Z1, a pioneer of the Supersport models, not only solidified Kawasaki’s reputation as a premium performance bike maker but it also remains deeply engraved in the public conscience as one of the most superlative Kawasaki bike models to date.

In 1984, Kawasaki forayed into India when it agreed to provide technical assistance to Bajaj. The collaboration was then known as Bajaj Kawasaki. The first bike jointly developed by these two motorcycle giants was 100cc Bajaj Kawasaki Boxer. By the turn of the century, Bajaj became self-reliant in terms of technology and product development because of which the Kawasaki name started to wither away. The last motorcycle it built with Kawasaki’s technology was the Eliminator in 1999.

However, Bajaj and Kawasaki reunited when in 2009, Kawasaki launched the Ninja 250 and 650 in India through its sales and service partner, Bajaj. On 1st July 2010, India Kawasaki Motors Private Limited (IKM), a subsidiary of Kawasaki Heavy Industries Limited, Japan, was incorporated to enter the Indian superbike market. From July 2013, IKM started assembly of the Z250, Ninja 300, Ninja 650, ER-6N and Versys 650 motorcycles at Bajaj’s plant in Chakan, Maharashtra.

After Bajaj’s acquisition of the Austrian brand KTM in 2012, IKM and Bajaj decided to part ways keeping in mind the mutual benefits of the split. As a result of the split in April 2017, IKM established its new plant in Chakan, Maharashtra in July 2017. The Ninja 1000 became the first motorcycle to roll out of IKM’s Chakan plant. As of 2018, IKM assembles products such as the Ninja 300, Ninja 650, Ninja 1000, Z250, Z650, Versys 300, Versys 650 and the Vulcan S in India and in total, IKM sells 27 models via its 30 dealerships across the country. 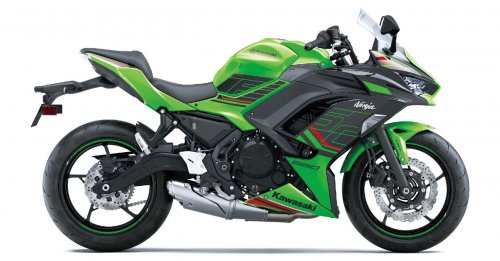 The 2023 Ninja 650 has been unveiled by India Kawasaki Motors. The sports bike has been priced at Rs 7.12 lakh by the brand, and will be available in just lime green paint scheme in.... 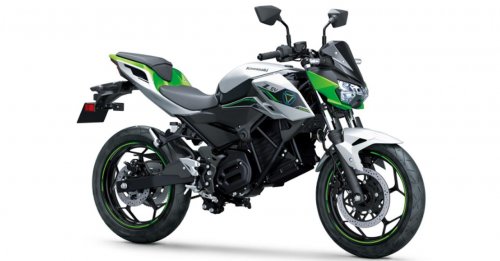 Two of the bikes that Kawasaki revealed yesterday at the 2022 EICMA were electric. The brand has strong plans to make these electric bikes accessible to potential customers by....

With a starting price of ₹1.47 lakh ex-showroom, the retro-styled Kawasaki W175 is now officially the brand's most affordable offering in India. Here's a look at what the single-cylinder machine....

The new Kawasaki Z900 RS Cafe has debuted in Japanese markets. While there has been no official word from the company, the bike is likely to come to India in limited numbers. Here's everything you....