Mitsubishi car price starts at Rs. 26.93 Lakh and goes up to Rs. 29.93 Lakh. However, the Mitsubishi cars price list is subject to range differently based on various locations. Currently, 2 Mitsubishi car models are available for sale in India and 2 in SUV.

Mitsubishi Motor’s automotive tradition goes back to 1917, when the Mitsubishi car Model A, Japan’s first series production automobile, was introduced. Over the next two decades, the company established itself as an innovator, developing amongst other, Japan’s first diesel engine, the first large-sized bus, its first four-wheel drive passenger car prototype and its first diesel-powered truck.

In 1998, Mitsubishi Motors Corporation (MMC) entered a technical collaboration with Indian manufacturer, Hindustan Motors Limited through the formation of the Chennai Car Plant (CCP) at Tiruvallur which marked the brand’s official entry into the Indian automotive industry. In 2016, MMC became a part of the Renault-Nissan alliance after Nissan bought a controlling stake of 34 percent.

The first ever Mitsubishi car in India launched through the HM-Mitsubishi joint venture was the Lancer in 1998. It was powered by a 1.5-litre petrol engine (the diesel version came later) that pumped out 86 bhp and offered excellent ride and handling. For enthusiasts, this was the go-to car. In 2012, Mitsubishi announced that it would end the production of its only sedan on offer in India at that time, the Cedia, making it officially an all-SUV manufacturer in India. 2012 also saw the production of the iconic Pajero SFX come to an end.

The range of all Mitsubishi cars in India consists of the Pajero Sport, Outlander, and Montero. As of May 2018, Mitsubishi has a total of 48 dealerships spread across 41 cities in India. As of 2018, the Montero is the priciest Mitsubishi car in the Indian market.

Mitsubishi Motors India has just given its Outlander SUV a significant price cut. The car now carries an ex-showroom price of ₹ 26.93 lakh (ex-showroom, Delhi). At the time of its launch last....

In Mitsubishi’s product portfolio, the Eclipse will slot under the Outlander and will take on the likes of the Jeep Compass and the Hyundai Tucson. Mitsubishi has been out of action for a while now.... 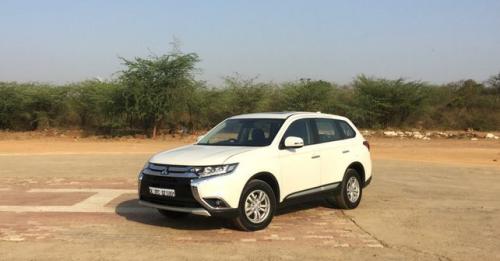 Mitsubishi Motors has launched the all-new Outlander in India. The SUV will be available only in a fully loaded, single-spec trim, which is priced at ₹31.95 lakh (ex-showroom,.... 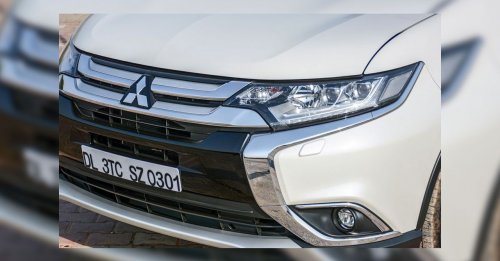 It was in August 2017 that the Outlander appeared on Mitsubishi India’s website along with a ‘coming soon’ tag. Now, the Japanese carmaker has finally opened bookings for the upcoming....