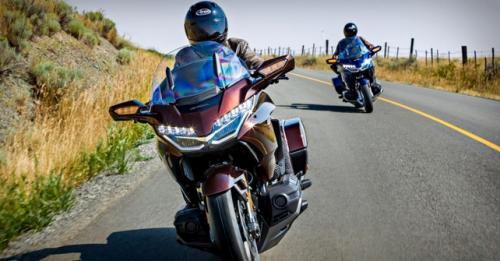 Honda’s grand touring machine has shed some serious bulk for its latest iteration.

Honda has officially taken the wraps off the latest generation Gold Wing. Redesigned from the wheels up, Honda’s super tourer, in its latest avatar, is lighter and more compact.

Sharing a common engine and chassis platform, the new Gold Wing will be available in two models - the base model GL1800, and as a Tour edition with top box. Depending on the variant, up to 48kg has been saved compared to the previous model. With the new model, Honda has replaced the relaxed lines of the outgoing model with a more honed, athletic ethos. The new fairing up front, which features a merged twin headlight design with embedded LEDs, is now dramatically smaller in dimensions.

The new Gold Wing’s die-cast aluminium twin beam frame is designed to package the 6-cylinder engine in a tighter space, 40mm further forward. Its structural thickness has been optimised in each area to deliver better ride. The frame and swingarm together are 2kg lighter than the previous version. The riding position is now 36mm forward as well.

Powering this big cruiser is a revised version of the previous model’s 1,833cc, horizontally-opposed flat six engine, that now features four valves per cylinder rather than two, with a 6.2kg weight reduction. The powerplant makes 125bhp and 170Nm. There are four riding modes available on-board - Tour, Sport, Econ and Rain. A 6-speed manual gearbox comes standard, while Honda’s 7-speed dual clutch automatic is offered as an option. 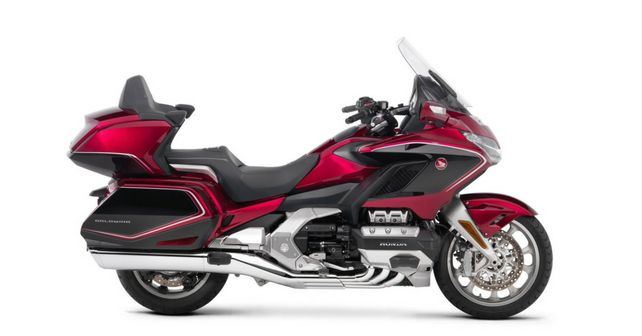 Honda says that most Gold Wing riders use their bikes for 2-3 day tours. So, luggage capacity has been designed accordingly. The rear top box of the Tour version holds two full-face helmets, which combined with the panniers makes up for 110 litre storage capacity. Available as options are a luggage rack for the top box and exclusively designed inner bags.