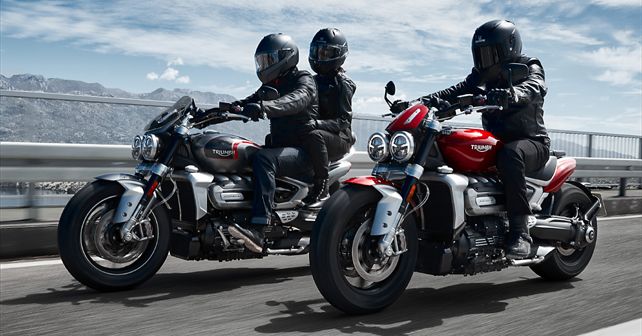 After giving us the Triumph Factory Custom (TFC) version of the all-new Rocket 3, Triumph has debuted the 2019 Rocket 3 R & Rocket 3 GT versions of its muscle roadster.

A few months back we got our first glimpse of the all-new 2019 Triumph Rocket 3. For the uninitiated, the Rocket 3 has been a part of Triumph's product portfolio since 2004 and was more famously known for being powered by the world's largest capacity production engine – a 2,294cc three-cylinder motor with power & torque figures pegged at 146bhp & 221Nm, respectively. The 2019 version, however, gets a new and even bigger 2,458cc inline-3 water-cooled DOHC motor, thereby retaining the ‘biggest production engine’ title. While the TFC version is a collector’s item (only 750 units to be produced, all of which are already sold!), the 2019 Rocket 3 R and Rocket 3 GT will go on to become the serial production versions. 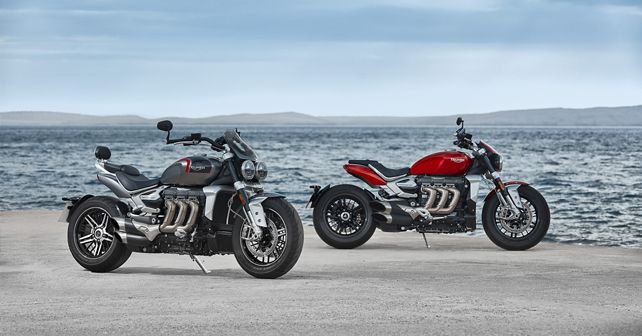 As the name suggests, the Rocket 3 R is the sportier derivative of the two, with an aggressive riding stance. Meanwhile, the Rocket 3 GT is a more comfort-oriented roadster. Apart from a few styling & ergonomic differences, both versions get the same specifications & features. The Rocket 3 R gets roadster-styled handlebars, roadster rider & pillion saddles and height-adjustable foot pegs. The Rocket 3 GT, on the other hand, gets a cruiser-style pulled-back handlebar, a lower seat height (750mm instead of the R's 773mm), and an additional height-adjustable backrest for the pillion rider. Both versions also get the same 20-spoke cast aluminium wheels, but those on the Rocket 3 GT are differentiated by their chrome accents. 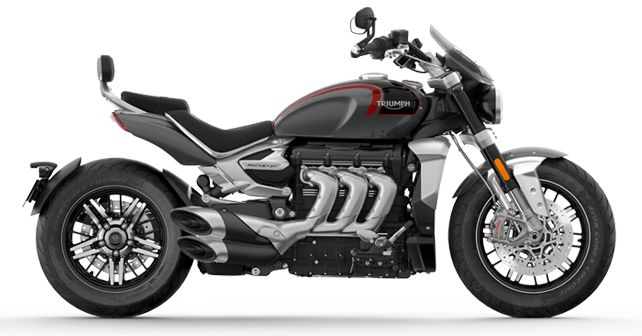 Coming to the powerhouse, the 3-cylinder motor puts out a massive 165bhp and 221Nm of torque. While the power output 11 per cent more than its predecessor, the torque figure remains unchanged. But it is still the highest torque figure produced by a production motorcycle engine. The 2019 iteration's performance is also helped by the fact that it is 40kg lighter than the previous model. 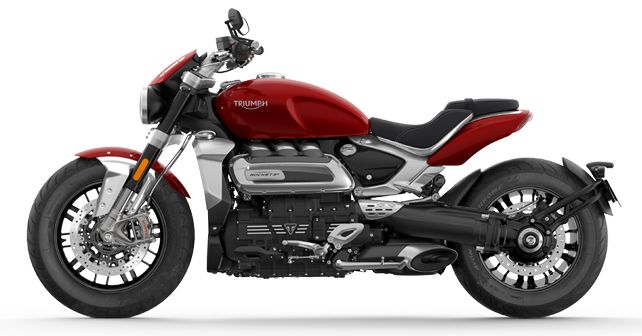 Triumph Daytona Moto2 765 Limited Edition: All you need to know