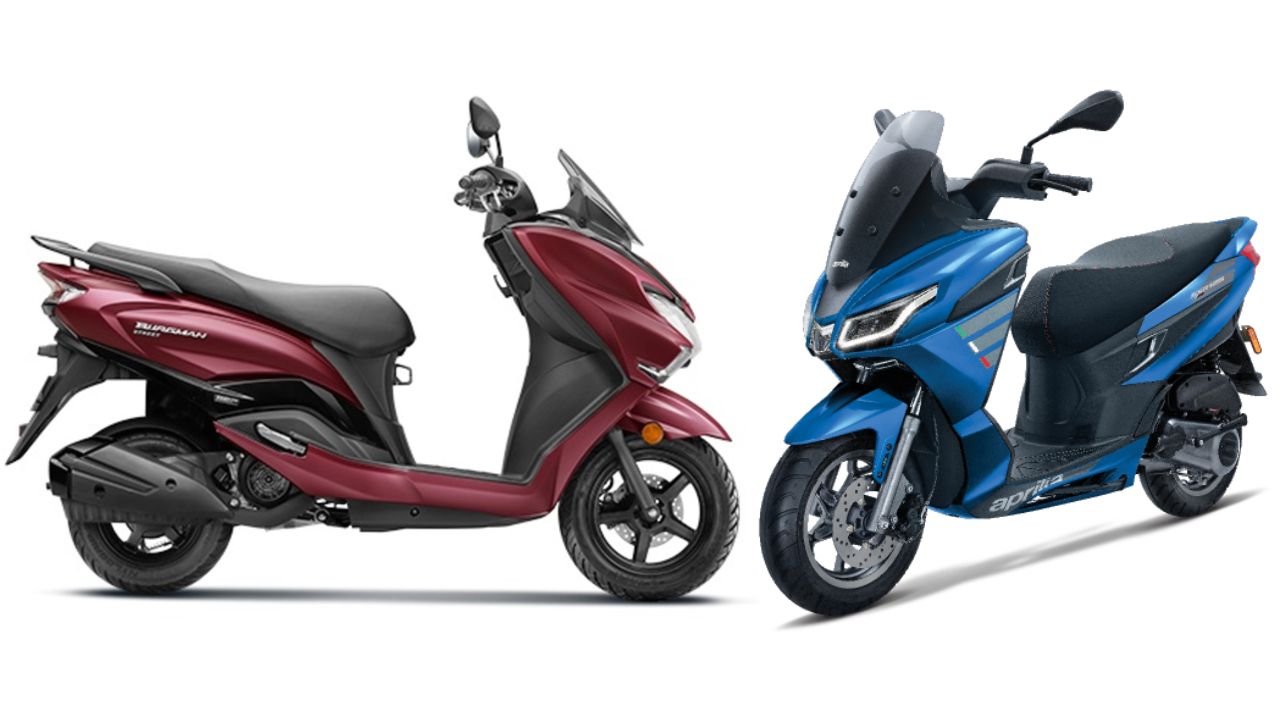 The Aprilia SXR 125 has been launched, and it directly rivals the Suzuki Burgman Street – a maxi-scooter that has carved a niche for itself in the Indian market. Let's find out how they compare in terms of features, specifications, and price.

The Aprilia SXR 125 maxi-scooter has just been launched in the Indian market for the price of Rs 1.16 lakh (ex-showroom, Mumbai). However, this is just an official statement, and the price had already leaked through Aprilia India’s official website in the last week of April. 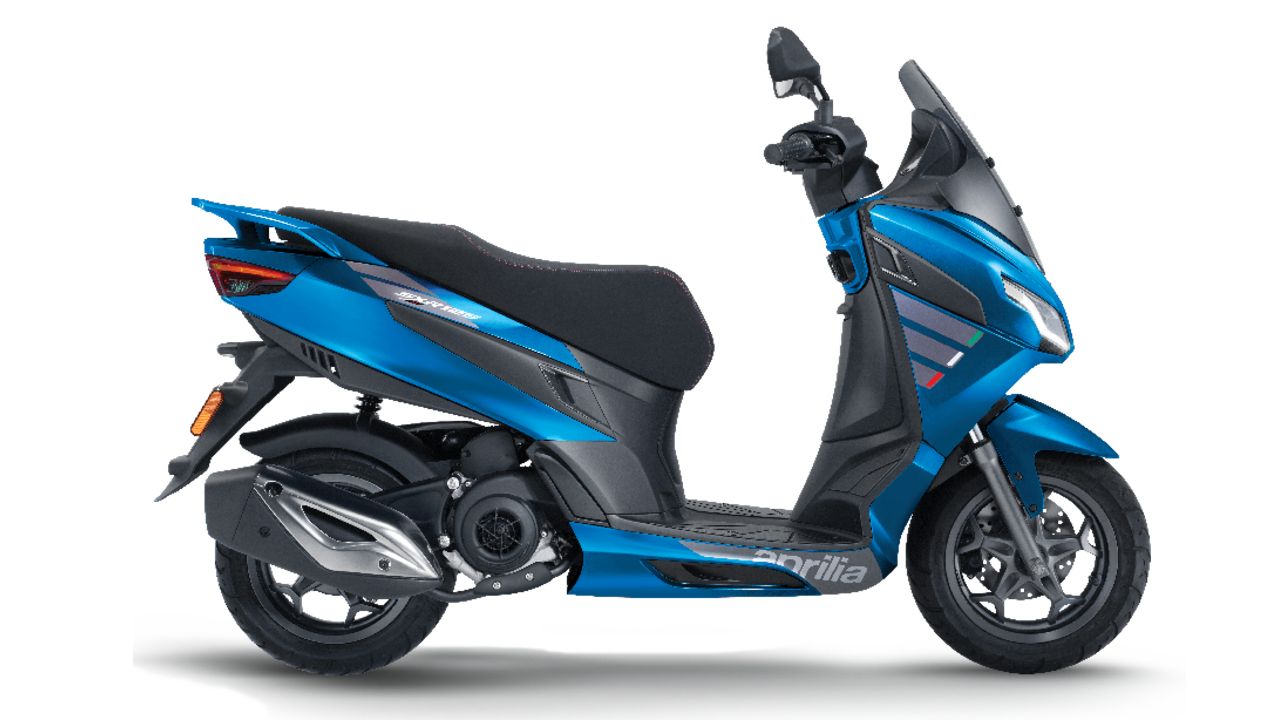 While the Aprilia SXR 125 is more expensive than the Burgman – which has been in the Indian market for some years now – it still rivals the latter in terms of segment positioning. With the pricing and all the specifications of both the maxi-scooters at hand, let's put them against each other on paper and find out what all they offer and how they fare against each other.

Both scooters are powered by a 125cc single-cylinder air-cooled engine, and in both, the power is sent to the wheels via a CVT (automatic transmission). The following chart offers detailed specifications of both the scooters. 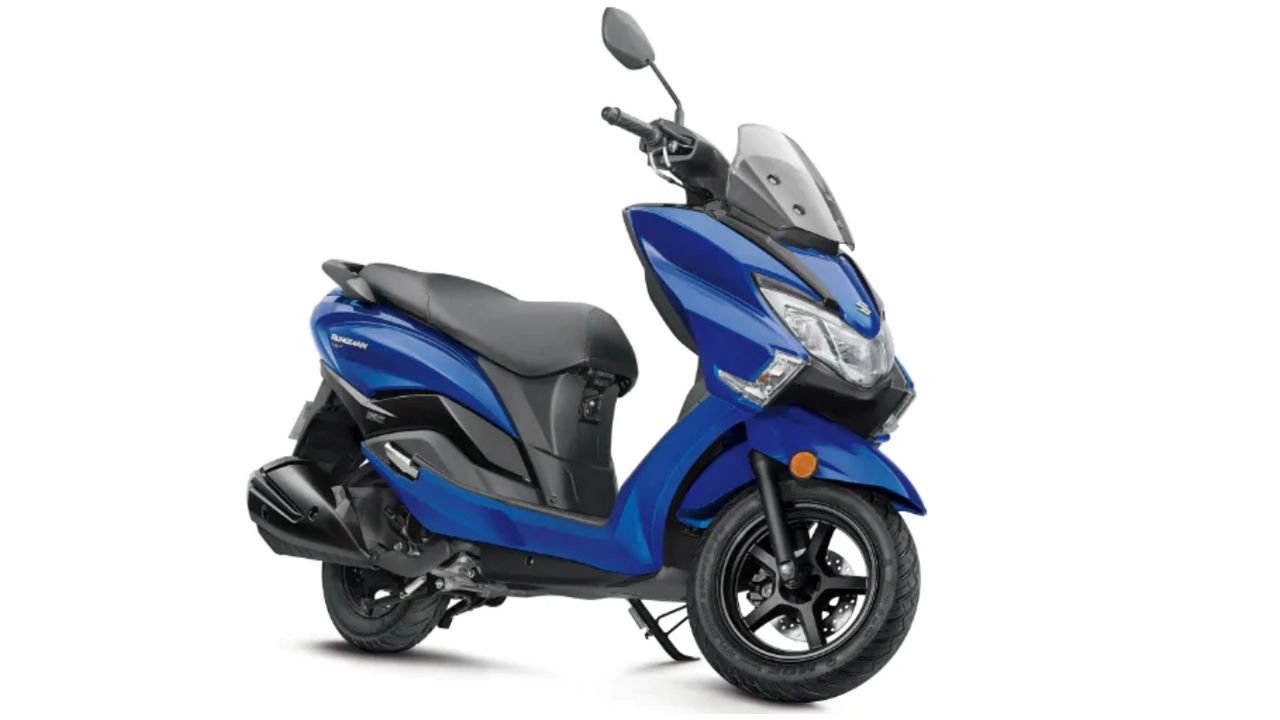 The higher-spec model of the Suzuki Burgman Street comes equipped with a Bluetooth-compatible instrument cluster. A smartphone application (exclusive to Andriod-based phones) can be used to pair the user’s phone to the scooter and get turn-by-turn navigation, caller ID, and missed-call, message, and even WhatsApp text alerts. The instrument cluster also displays a speeding warning. The Burgman Street gets two hooks for hanging storage – one on the dash and one under the seat.

The Aprilia SXR 125, however, doesn't offer Smartphone connectivity as standard – it is an optional extra/add-on feature that customers will have to purchase separately. The features that the SXR 125 offers are different from the features of the Burgman Street. The SXR 125 can be located by the smartphone application, and the user can also sound an alarm if necessary. The service appointments can be booked via Aprilia’s smartphone application as well. The instrument cluster of the Aprilia SXR 125 displays engine oil temperature, top speed, and instantaneous fuel efficiency. Also, the cluster gets an RPM meter. 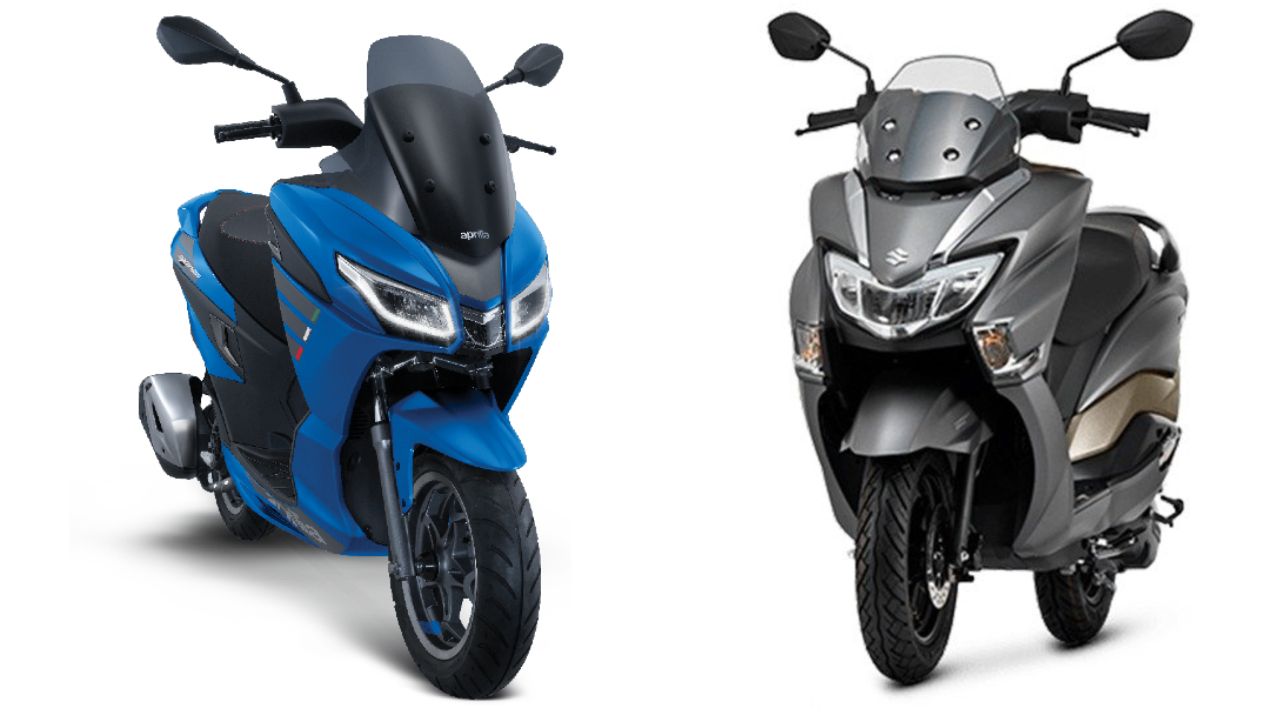 Both the scooters get extended footrest for the rider, with a touring-friendly design. The scooters feature a touring visor upfront and get LED headlamps for improved illumination. The SXR 125’s fuel tank is larger than that of the Burgman Street, which means that the former can potentially have a substantially longer range. Both the scooters come with a telescopic fork suspension unit at the front. For braking, both scooters have a disc brake assembly at the front and a drum brake assembly at the rear, along with a CBS unit. 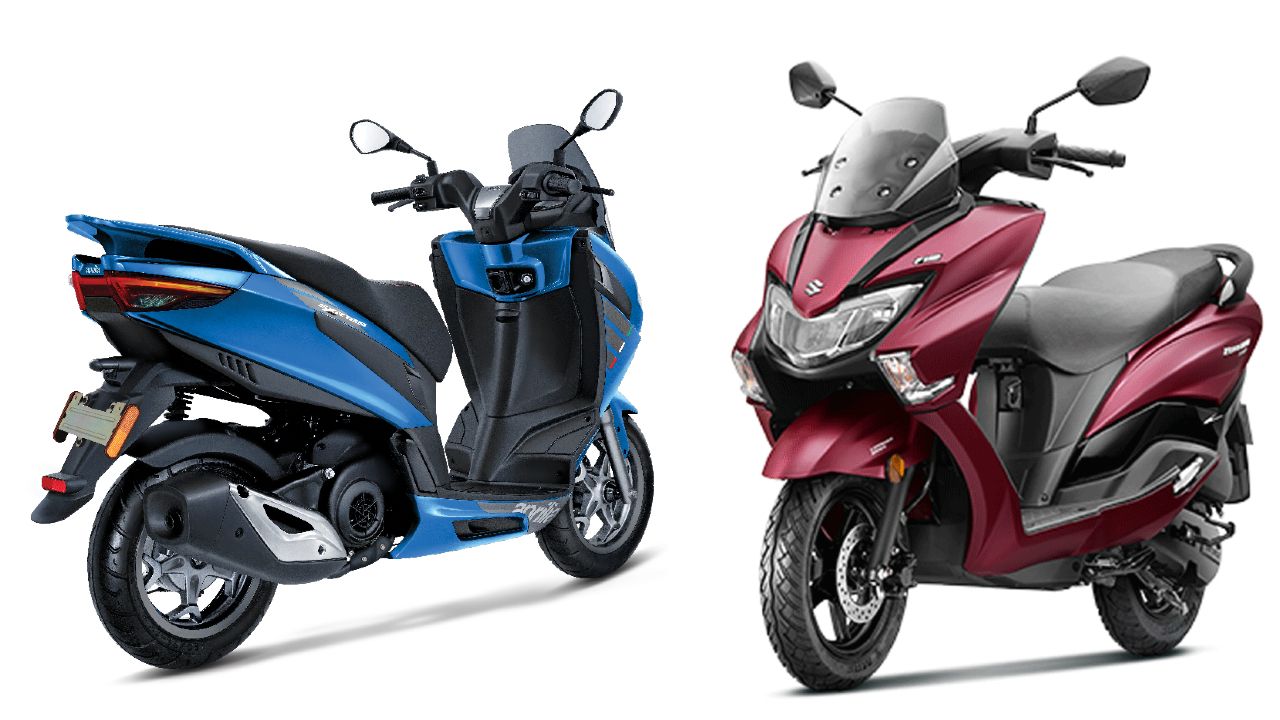 The major distinguishing factor between the two is pricing. The Aprilia SXR 125 is available in only one variant, and its prices start from Rs 1.16 lakh (ex-showroom, Mumbai). Suzuki offers the Burgman Street in a lower variant as well that misses out on connected features mentioned above. The prices for the Suzuki Burgman Street range between 84,000 and 88,000 (ex-showroom, Mumbai). The Burgman Street undercuts the SXR 125 by Rs 28,000, and for now, the Japanese contender in this comparison appears to offer more value for money. We are yet to find out how they fare against each other in real-world conditions. So, stay tuned to autoX to learn more about these two.