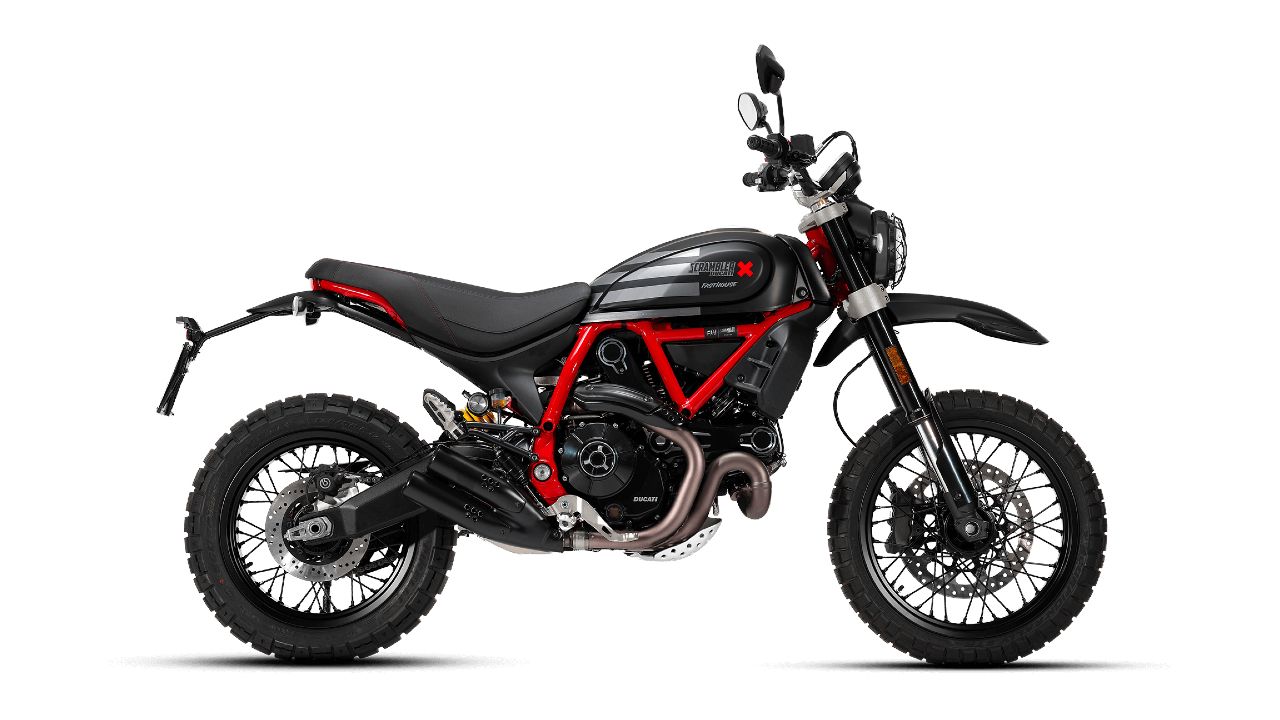 Ducati’s collaboration with American clothing brand Fasthouse has resulted in a limited-edition run of a motorcycle, which will be handed out to its customers in a numbered series.

Ducati has introduced the limited edition in the Scrambler vertical, dubbed the Desert Sled Fasthouse. The ‘Fasthouse’ name is a homage to the collaboration between Ducati Scrambler and Fasthouse – an American clothing brand. The Borgo Panigale based motorcycle maker has limited it to just 800 units and has priced it at £10,295 (approximately Rs 10.42 lakh). However, the Desert Sled Fasthouse is exclusive to the international markets, and so far, there is no word of the limited-edition arriving in the Indian market. 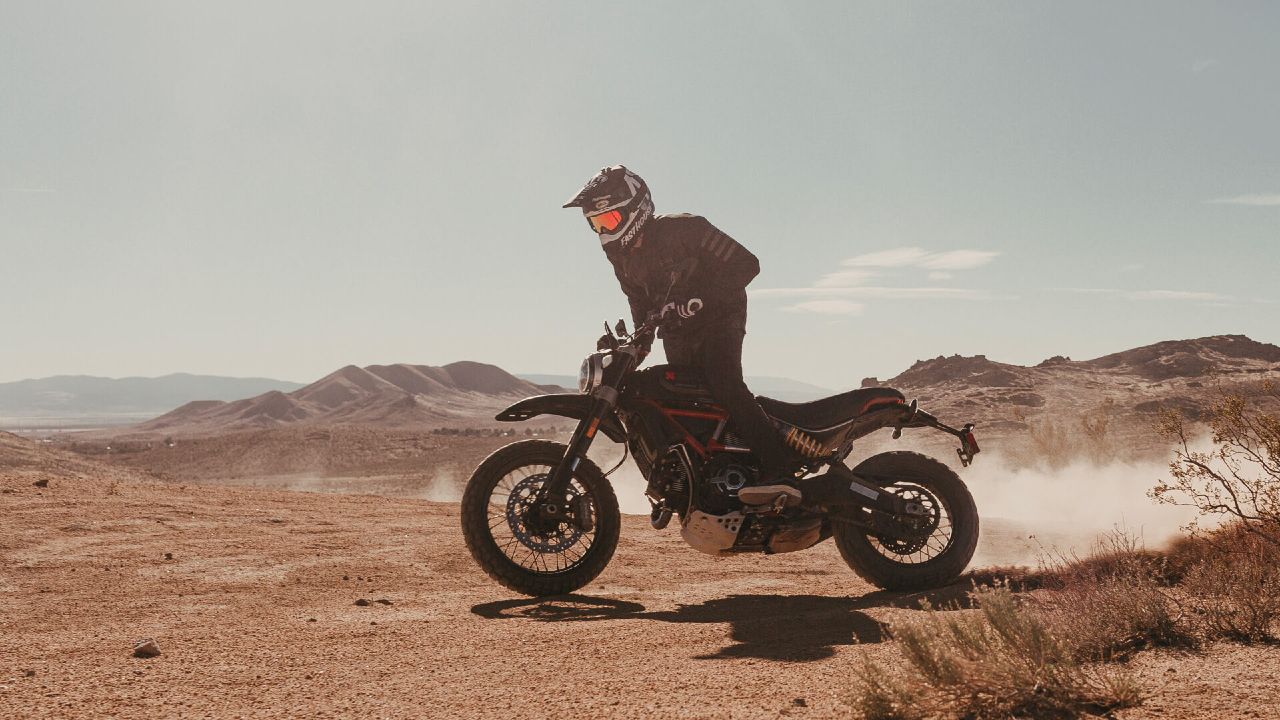 The Desert Sled Fasthouse comes in a livery inspired by Ducati’s Scrambler, which won the Mint 400 held in 2020. Mint 400 is an off-road race held in Las Vegas U.S. As mentioned earlier, the Desert Sled Fast house will be limited to 800 units and will be made available in a numbered series, which will be inscribed on the chassis of the motorcycle.

The livery includes a combination of black, grey, and red. The fuel tank gets a black and grey paint scheme, while the chassis of the motorcycle sports red. Along with the livery, the motorcycle gets a custom seat with non-slip covers and a seat height of 860mm. 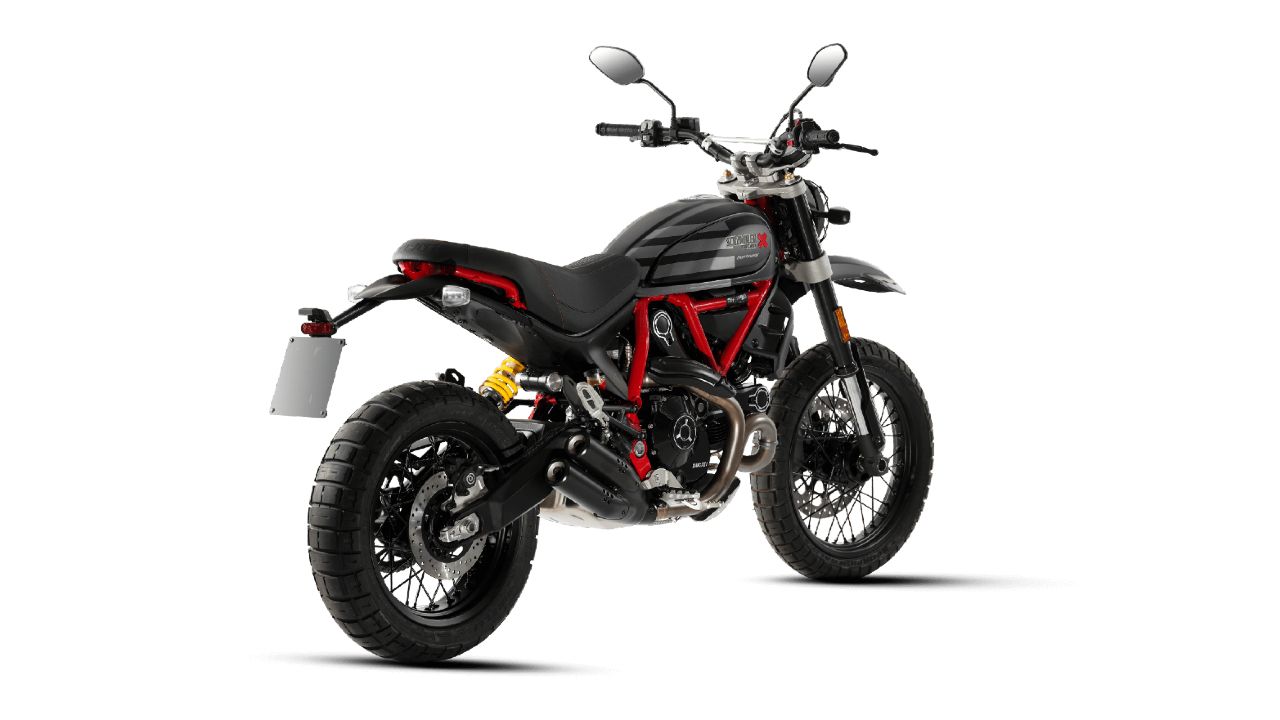 The mechanicals are the same as the standard variant. The tubular steel trellis frame chassis houses an L-twin 803cc air-cooled engine mated to a 6-speed gearbox. The engine puts out 72bhp at 8,250rpm and 62.2Nm of peak torque at 5,750rpm. Cycle parts, such as the long-travel 46mm front suspension in the front and Kayaba rear-shock absorber adjustable for pre-load and rebound, have been carried over from the Desert Sled. The suspension unit on both ends gets 200mm of travel. The aluminium spoke wire wheels are on offer – 19-inch front and 17-inch rear – are shod with Pirelli Scorpion Rally knobby tyres.