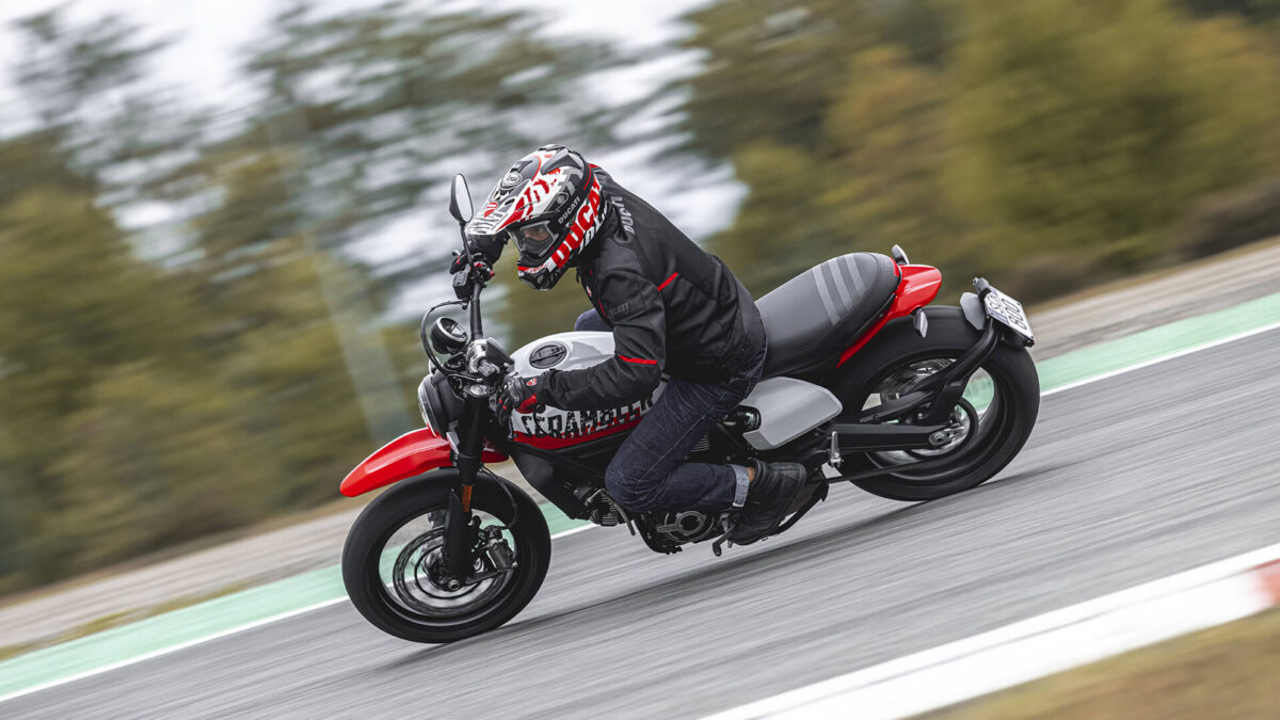 The Ducati Scrambler family in India just got bigger with the new Urban Motard, which is priced at Rs 11.49 lakh.

Ducati has announced the launch of the new Scrambler Urban Motard in India. The motorcycle comes in at Rs 11.49 lakh (ex-showroom), making it Rs 3 lakh more expensive than its most affordable sibling – the Icon Dark. The Urban Motard will join the family of Scramblers, which currently include the Icon, Icon Dark, Nightshift, and Desert Sled versions.

In terms of design, one of the most prominent visual indicators for the Urban Motard is the high-beak style, which seems to be inspired by the manic Hypermotard. It gets a bespoke paint scheme, which Ducati calls 'Star White Silk and Red GP 19', along with some graffiti inlays.

The rider sits differently on the Urban Motard due to the lower-set aluminium handlebar. Also, the motorcycle will get 17-inch wheels at both ends. Similar to the Nightshift version, the Urban Motard also gets wire-spoke wheels shod with Pirelli Diablo Rosso 3 tyres in 120/70-R17 and 180/55-R17 sizes.

Mechanically, the Urban Motard is identical to its 600-cc Scrambler siblings, which means that it is powered by an air-cooled 803cc L-twin engine, producing 732bhp at 8,250rpm and 66.2 Nm of torque at 5,750rpm. The engine is mated to a 6-speed gearbox with a slipper clutch.

The bike is built around a trellis frame and continues to be suspended with the help of a 41mm USD Kayaba fork at the front and preload-adjustable rear monoshock, like the Icon and Nightshift variants. The braking apparatus remains the same too – a 330mm disc at the front with a radially-mounted Brembo calliper and a 245mm disc at the rear, along with cornering ABS from Bosch as standard.