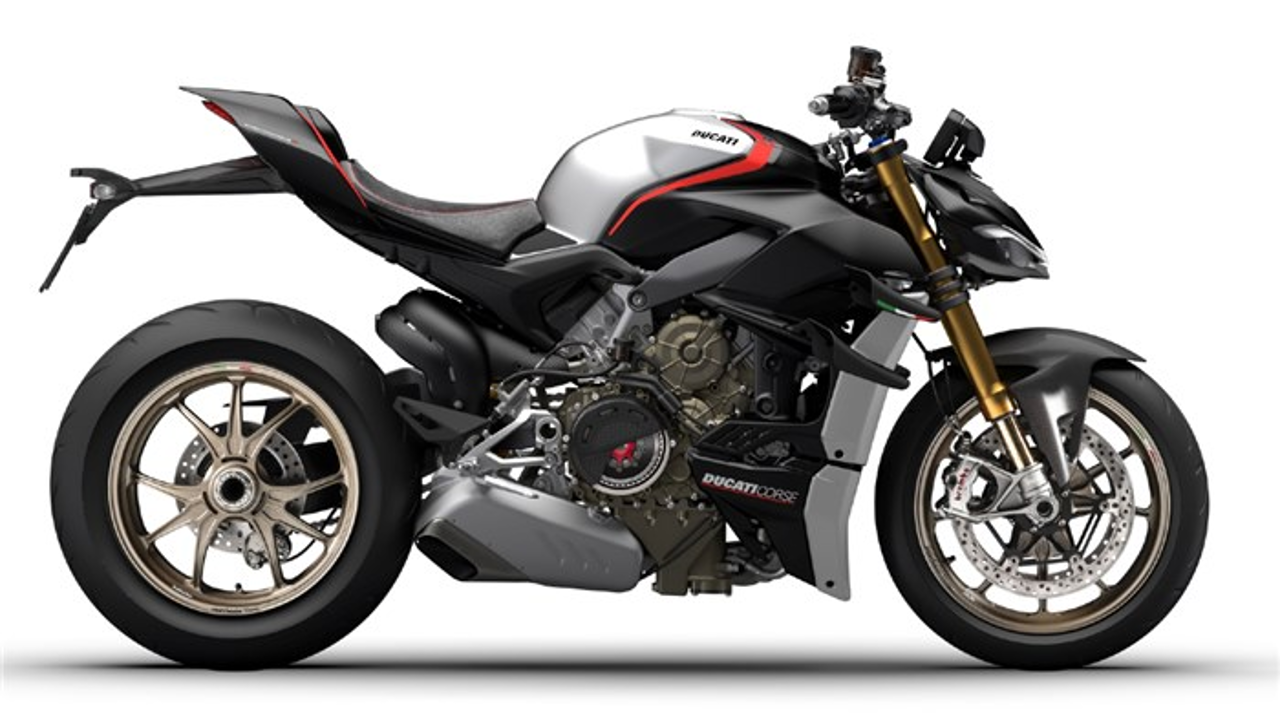 Ducati has launched the new Streetfighter V4 SP in India at Rs 34.99 lakh (ex-showroom). SP aka Sports Production in Ducati lingo means a production motorcycle with specific technical equipment that is aimed at making it faster on the racetrack.

Ducati has claimed that the use of lighter wheels has helped reduce inertia by 26% at the front and 46% at the rear, thereby making the motorcycle easy to manoeuvre. Apart from that, the company has also made use of a lithium-ion battery, carbon-fibre heel guard and anodised aluminium footpegs to reduce the weight further.

In terms of design, the motorcycle is largely similar to the standard Streetfighter V4, except for a carbon-fibre mudguard. The new V4 SP is painted in the special Ducati Corse Winter test colours. The motorcycle also gets matt carbon bi-plane wings that are painted in Italian tricolour. Each Streetfighter V4 SP will be progressively numbered, adding to the specialness of the bike.

The V4 SP is built on the same chassis as the V4 S. It gets the same Ohlins Smart EC 2.0 electronic suspension. The only difference comes in the SP’s springs which are the Panigale V4’s unit with the fork spring preload down from 11mm to 6mm. The SP also gets new Brembo Stylema R monobloc brake callipers.

Upcoming TVS Ronin images leaked ahead of launch on July 6