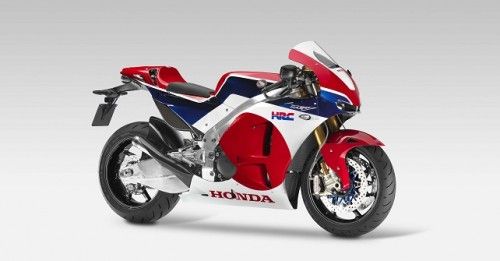 The prototype of the 1,000cc V4 that was showcased for the first time at the EICMA in November 2014, the road legal version of Honda’s MotoGP machine – RC213V – is ready to reach the markets globally.

Finally the wait over for all those enthusiasts who always dreamt of riding a MotoGP machine. Not so long ago, Honda showcased a bike at the EICMA in November 2015 which was inspired by the motorcycle Dani Pedrosa and Marc Marquez ride in the MotoGP – the RC213V. The bike has been developed by Honda Racing Corporation famously known as HRC and Honda Motor and has been aptly named RC213V-S.

This is the closest people like us can get to riding a MotoGP factory Honda motorcycle. The bike shares many components with the motorcycle that two times MotoGP champion Marc Marquez rides. That also makes it easy to understand the massive price tag associated with this motorcycle. It has been reported that the bike is going to cost over $1,70,000 which is almost Rs. 1.09 crores in our country.

If the rumours are to be trusted, the production machine Honda RC213V-S will be revealed at the Catalunya MotoGP in Barcelona which will take place in two weeks from now.