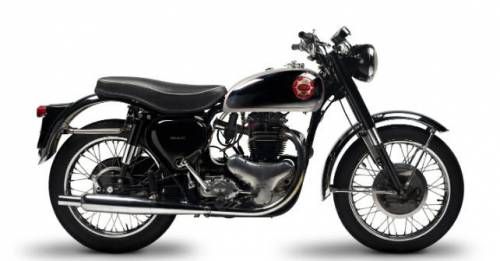 Early last year, Mahindra bought 51 percent stake in Peugeot. And now, the company has announced the acquisition of another biggie – BSA Motorcycles. This move has been anticipated and in the pipeline since May last year and now Mahindra has finally made it official.  The Nashik-based automotive major was contemplating purchasing either Norton or BSA.

A recent statement from Mahindra and Mahindra revealed that their subsidiary, Classic Legends Pvt. Ltd. has purchased all of 1.2 lakh shares of BSA at £ 28.33 per share. This move gives CLPL all rights of the BSA Motorcycles brand and the power to market and distribute their motorcycles globally. BSA currently has its presence in Japan, Singapore, Malaysia, USA, Mexico and Canada aside from its home turf in UK.

For those who know little about BSA, the abbreviation stands for Birmingham Small Arms Company Ltd. They commenced manufacturing of motorcycles in 1910 with the BSA 3.5hp and soon participated in racing event. They brand tasted some success in the racing scene and was among the largest two-wheeler manufacturers in the world. In fact, the company even owned Triumph Motorcycles for a short while. Poor management and decline of sales in the late 1950s and ‘60s led to problems in the entire BSA Group. In 1973, Manganese Bronze Holdings took over BSA and have owned the company since then.