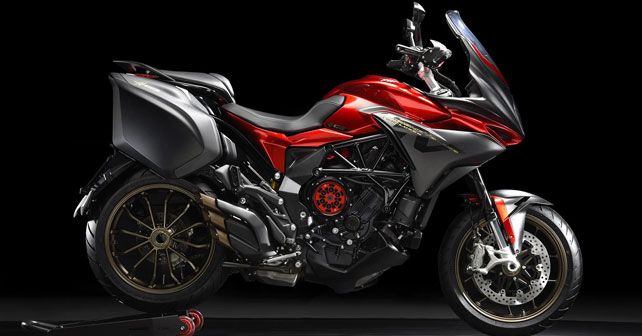 With this new technology, the rider has the option to use the clutch the conventional way or even let the system take complete control of shifting gears

More cars are opting for the automatic option than ever before. But it is interesting to see that motorcycle manufacturers also take that route. Honda has done it in the past with the VFR and more recently with the new Goldwing and Africa Twin. And it seems like MV Agusta is ready to join the bandwagon too. The Italian superbike maker has colluded with American company ‘Rekluse’ to develop a semi-automatic clutch. This new technology will be first seen on their upcoming Turismo Veloce Lusso sport tourer.

The company claims that this Smart Clutch System (SCS) offers the rider the choice of letting the system decide the right gear based on the throttle inputs, or even retaining control like a traditional clutch. Unlike the Africa Twin, the Turismo Veloce Lusso will not miss out on a clutch lever. MV Agusta claims with the help of SCS, the Turismo Veloce Lusso will provide superbike performance in comfort. With the kind of performance that a motorcycle like this can offer, a CVT just wouldn’t be good enough and a DCT like the one on the Hondas, would add unnecessary weight and bulk. While the SCS doesn’t result in additional weight, MV Agusta has even managed to make it look fantastic thanks to the transparent transmission cover. Development of this technology commenced two years ago and they are now ready to bring it into production.

At the launch of the Brutale 800 last year, MV Agusta had announced that they will be launching the Turismo Veloce Lusso in India soon. There has been no update from the manufacturer since then.