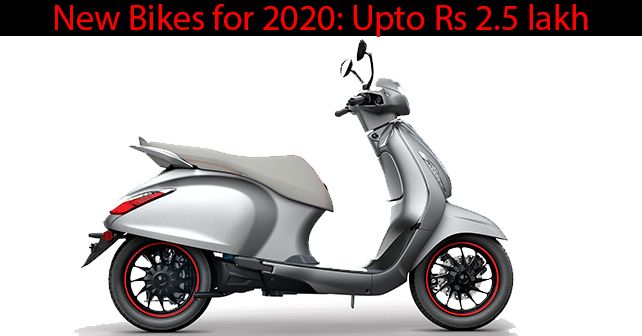 With the BS-VI update around the corner, a lot of manufacturers will bring in their updated models in the first quarter of the year. The Husqvarna brand is set to make its debut in February and the Chetak moniker will make a comeback as an electric offering

Yes, Bajaj has resurrected perhaps its most successful and iconic nameplate, the Chetak. However, this time, the scooter has taken the electric route. While the all-new Chetak has only been revealed as of now, the e-scooter will go on sale from January 2020 in Pune and will be available at Bajaj ProBiking outlets. The Chetak e-scooter is powered by an IP67-rated fixed Li-ion battery (not swappable) that drives a 4kW motor. It can be easily charged with a standard 5/15A household socket. Bajaj will also offer an attractively-priced home-charging station for it.

First showcased as a concept at the Auto Expo 2018, the Aprilia RS150 is likely to go on sale soon. The RS150 is an entry-level sports bike that will compete against the Yamaha YZF-R15. The RS150 will look like a scaled-down version of the litre-class RSV4. It’s powered by a 150cc single-cylinder liquid-cooled fuel-injected motor, which develops 18 horses and 14Nm. Expect the Aprilia RS150 to carry a sticker price of around Rs 1.5 lakh at the time of launch. Aside from the RS150, Aprilia may also bring in the Tuono 150.

Spy shots of Royal Enfield’s Classic range have been all over the internet, but exact details of the new offerings are still under wraps. The updated Classic range will most likely sport some cosmetic changes. Spy shots reveal a new instrument cluster, a revised rear seat, a larger grabrail, a redesigned exhaust, and a new transmission casing. The updated models will be fitted with a rear disc as well. Kick start has also been given a miss in the updated Classic range. But the biggest change will be its chassis – the Classic will be based on a double-cradle frame as opposed to a single downtube chassis. 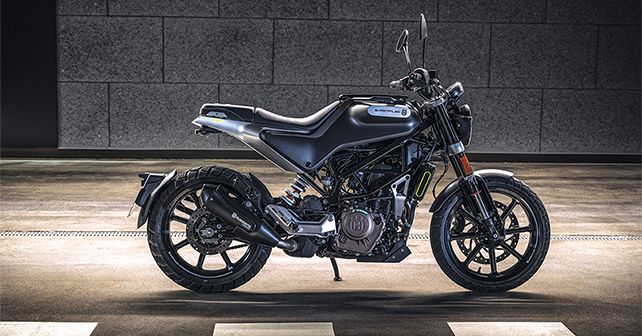 Husqvarna has showcased the Svartpilen 250 and Vitpilen 250 in India, and they will be launched very soon. The 250 twins are based on the 250 Duke. They sit on the same trellis frame and are powered by the Duke’s 248.8cc single-cylinder liquid-cooled motor. This motor continues to make 29.6bhp and 24Nm. It comes paired with a 6-speed transmission, which is aided by a slip-and-assist clutch. Suspension components have also been borrowed from the 250 Duke – upside-down forks at the front and a monoshock at the rear.

While KTM has already taken the wraps off the 390 Adventure in India at the India Bike Week in December, there have been rumours of the 250 Adventure in the works as well. That being said, so far, there has been no official communication from the Orange team. If the 390 Adventure is anything to go by, the 250 Adventure will be based on the 250 Duke's motor and is likely to produce identical power and torque figures. The Adventure, however, will sit on long travel suspension and a larger wheel up front. If this project sees light of day, we expect it to be priced in the Rs 2.35 lakh range.

Aside from these aforementioned new launches, expect a lot of updated motorcycles and scooters before the end of March 2020. Manufacturers are still to update some of their models in line with the upcoming BS-VI norms. For instance, Bajaj hasn't brought in the BS-VI iterations of its popular Pulsar range. Hero, Honda, Suzuki and TVS too are yet to bring in BS-VI updates of some products. Cost of all two-wheelers will surely rise with the updated models but manufacturers are expected to offer some additional features to compensate the hike.