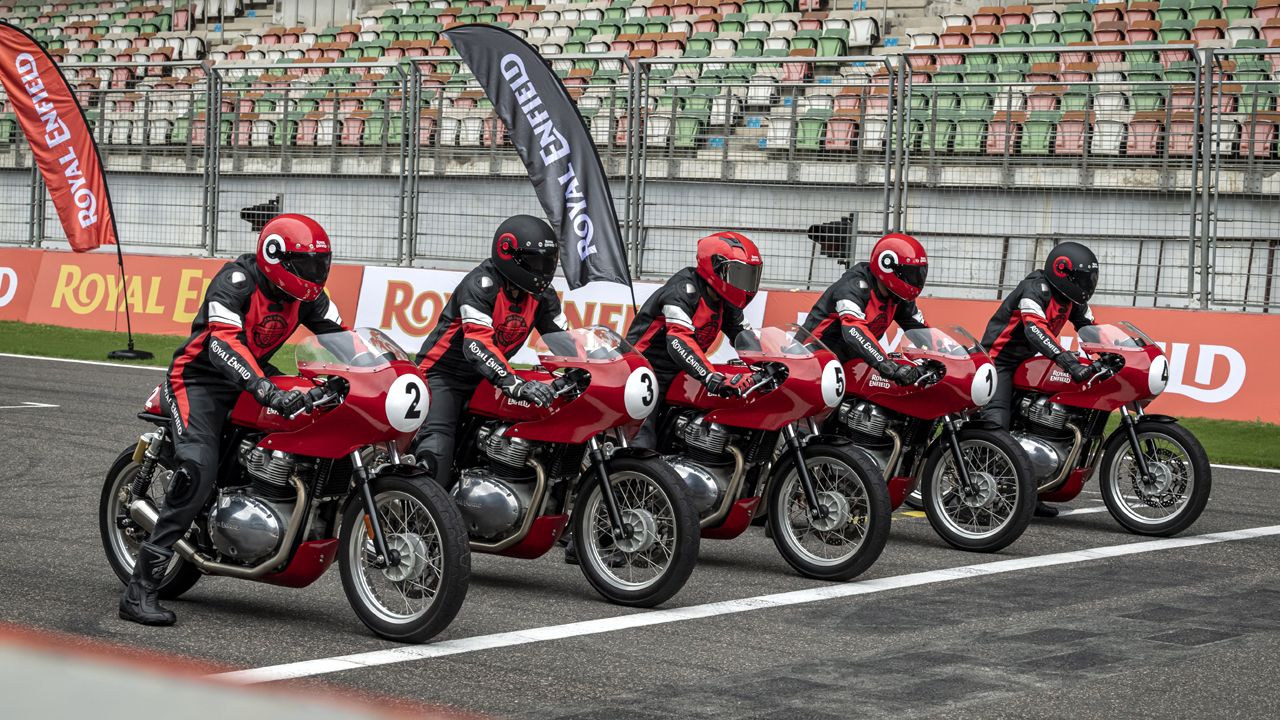 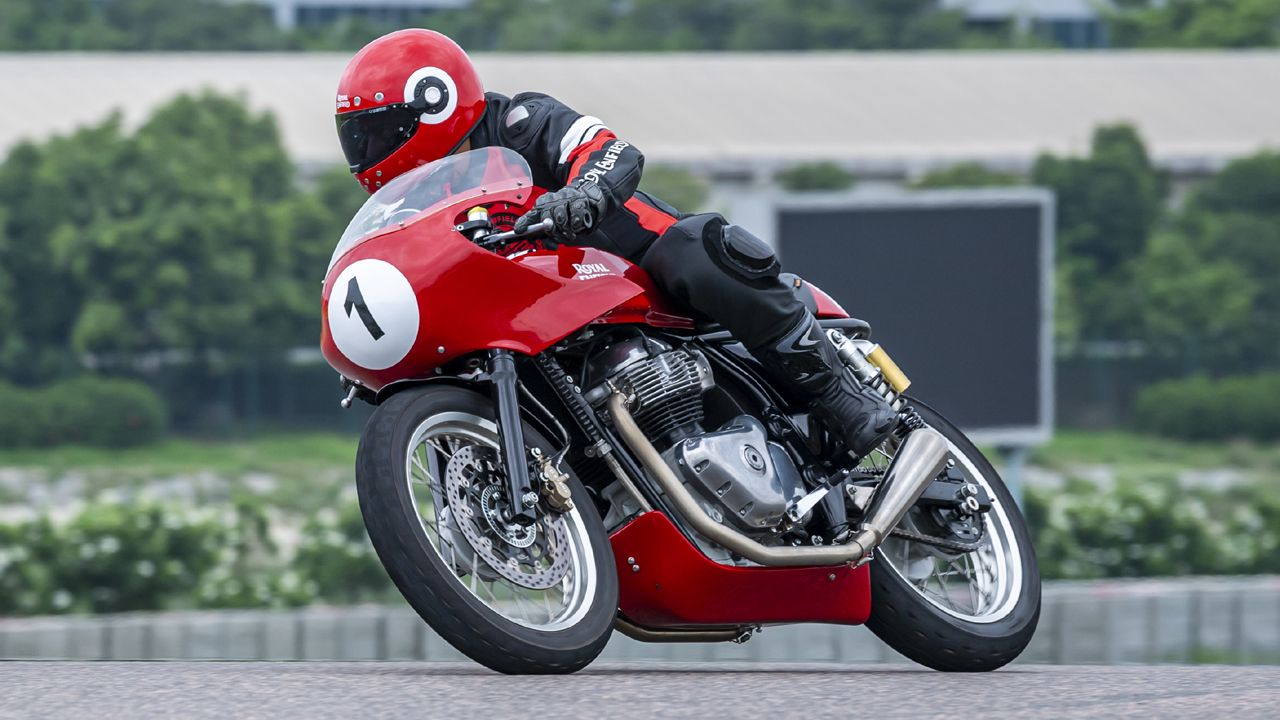 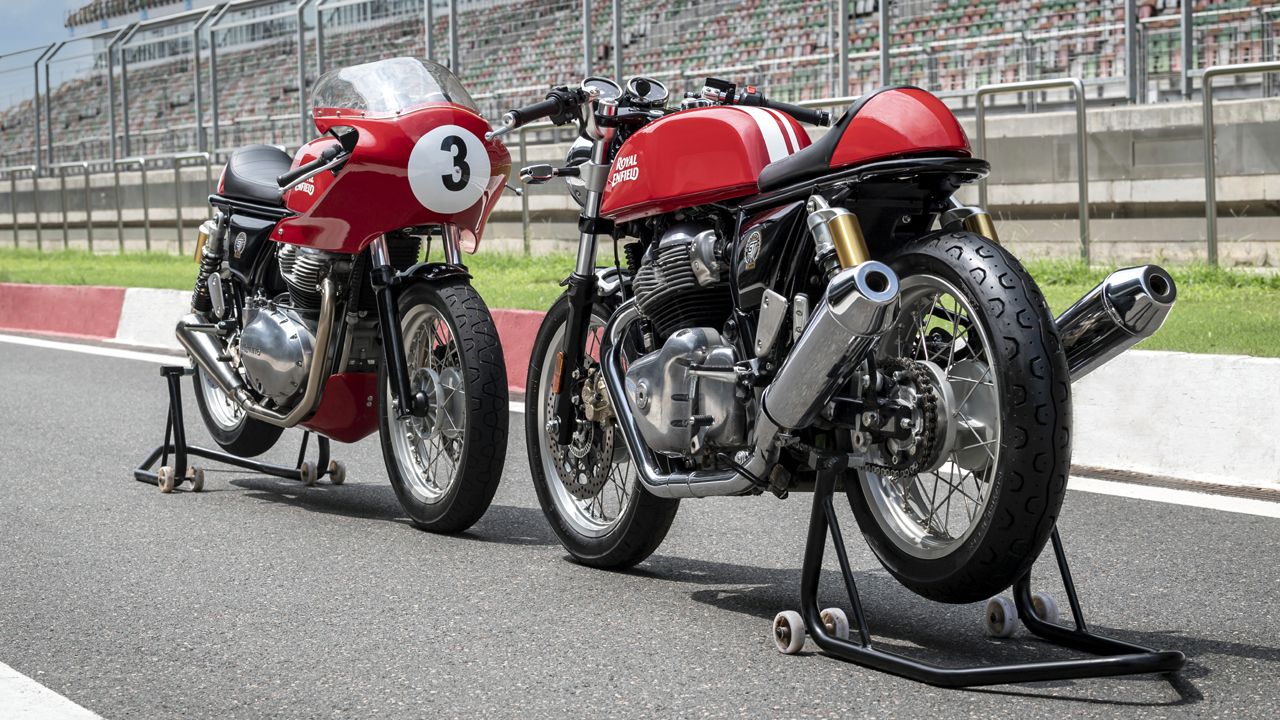 With its one-make Continental GT Cup, Royal Enfield has officially announced its entry into track racing in India.

RE enthusiasts across the country now have a chance to race one of their favourite machines on India's leading race tracks. That's because RE has announced the first edition of its Continental GT Cup, which is set to debut next month at the JK National Racing Championship 2021. The Federation of Motorsports Club of India (FMSCI)-certified Continental GT Cup will run four rounds, starting in October and culminating in January 2022, at the Buddh International Circuit in Noida. 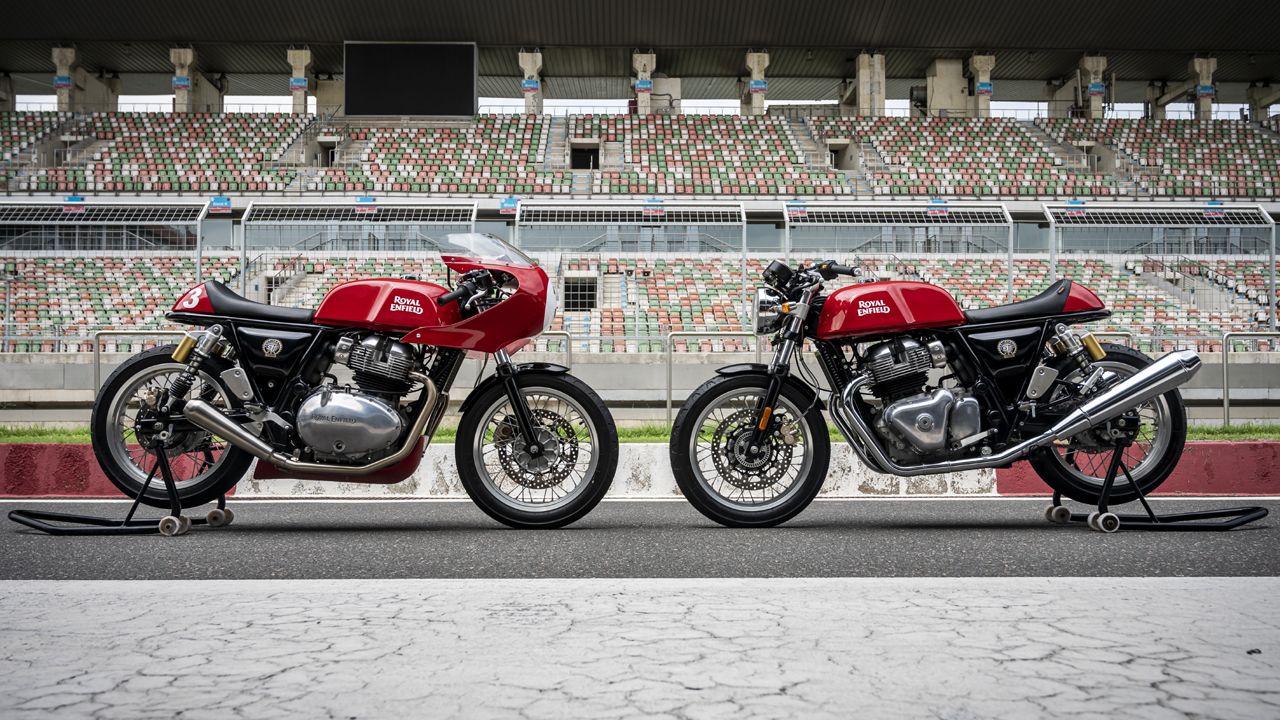 As for the track tool, the series will use the GT-R650, which is essentially a track-modified version of RE's standard Continental GT 650 road bike. The GT-R650 features a stiffer race-tuned suspension, both at the front and rear, along with lowered race clip-on handlebars and rear-set footpegs. Plus, the stock exhaust has been replaced by a bespoke stainless steel unit, which is tuned to offer 12% more power. On the aerodynamic front, the GT-R650 gets a specially designed fairing and belly pan for better wind-shearing capabilities. For optimum handling, the race bike has also shed an incredible 24kgs of weight. 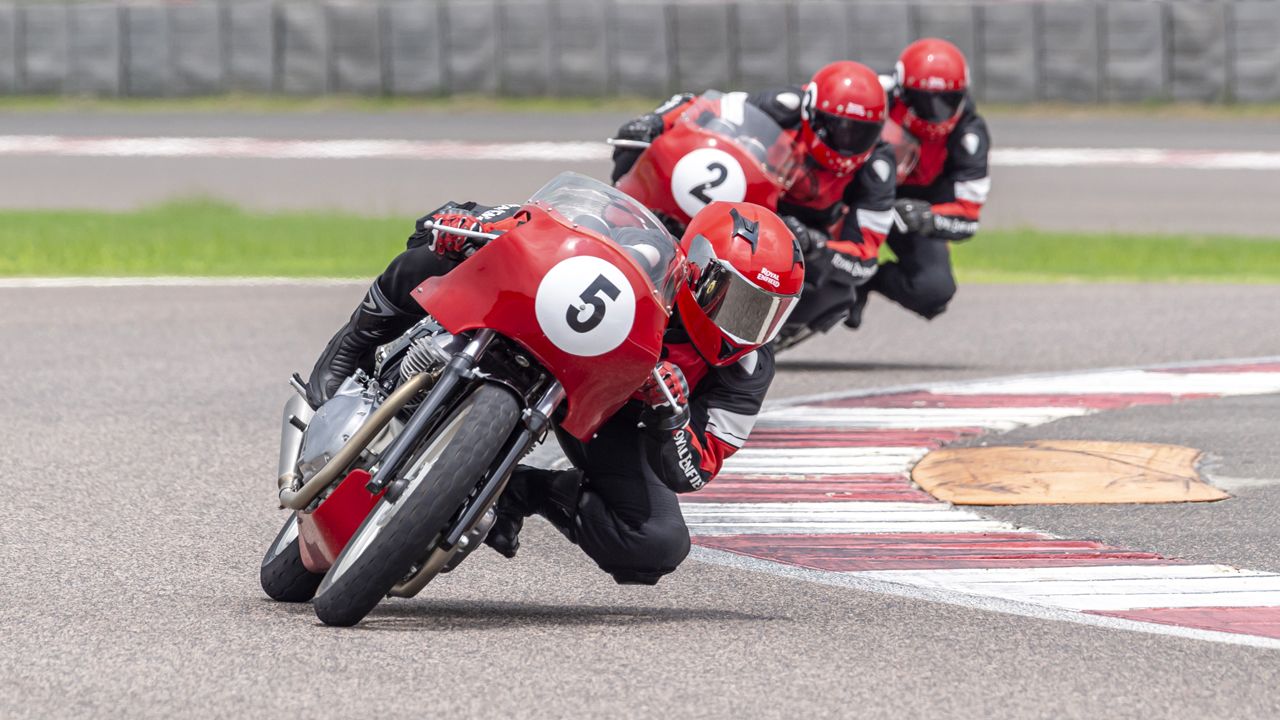 Coming to the rider participation and selection, the registration process for the Continental GT Cup is open till 5 PM on September 30, 2021. Of all the registered participants, only 100 eligible riders will make it to the Rider Selection Programme, which will be conducted at the Kari Motor Speedway, Coimbatore. And then, the 18 fastest riders will be shortlisted for the race season.

Interested candidates can check out the schedule and exact dates below: 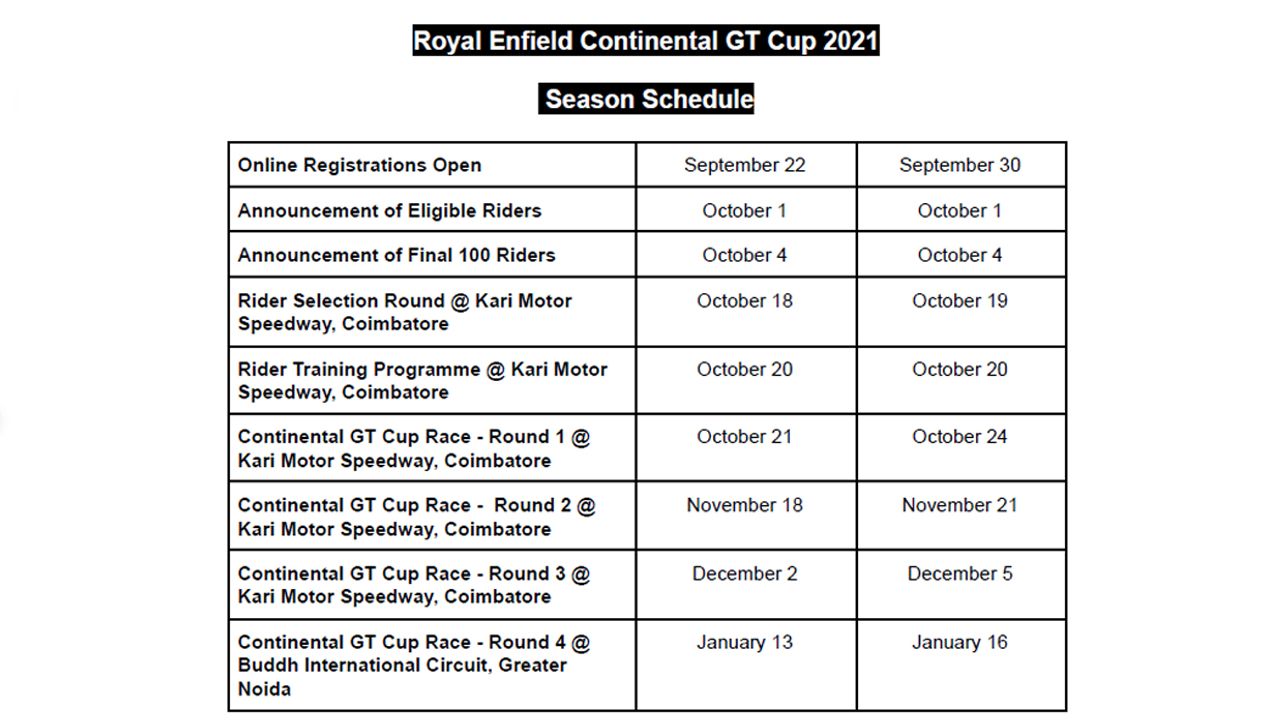