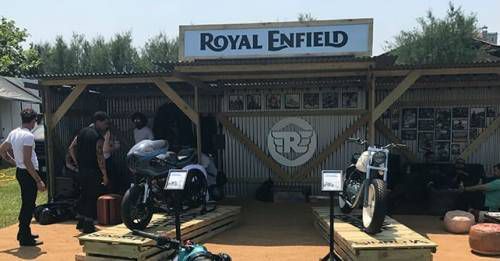 Sinroja Motorcycles, a Leicester based firm, has blessed a couple of Royal Enfields with wicked new character.

Chennai based Royal Enfield (RE) has been a participant of Europe’s Wheels and Waves festival for three years in a row now. The festival, which is a real bliss for the biking community, is a platform for motorcycle brands and modifiers to showcase their mettle to the world. In 2017, the event took place from June 14-18.

To make its presence felt, Royal Enfield, in collaboration with U.K. based Sinroja Motorcycles, displayed two radiant concepts - Continental GT Surf Racer and Himalayan Gentleman Brat. While the donor motorcycles of both the concepts are quite evident from their names, Sinroja Motorcycles’ modifying prowess has reassured that the two bikes look nothing like anything to ever come out of RE’s factory.

The first one out of the duo – Continental GT Surf Racer, blends the essence of original café racers with modern design breakthroughs. A classic half fairing, 17-inch performance rims, upside down front forks, and an eye-catching horizontally mounted rear monoshock are stand out design elements of this motorcycle. 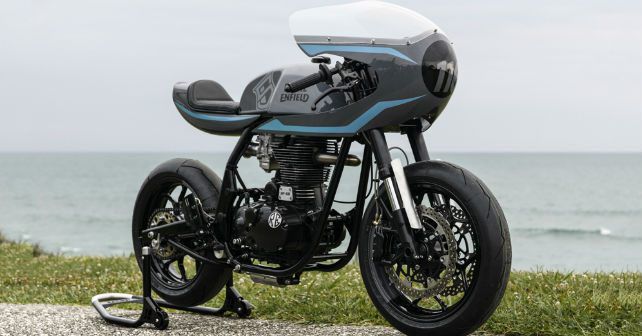 The second motorcycle, and perhaps the one with a more radical transformation, is the Himalayan Gentleman Brat. Deviating miles away from the stock Himalayan, this motorcycle ditches the original’s off-road ready stance in favour of a retro-urbane, beach inspired look. 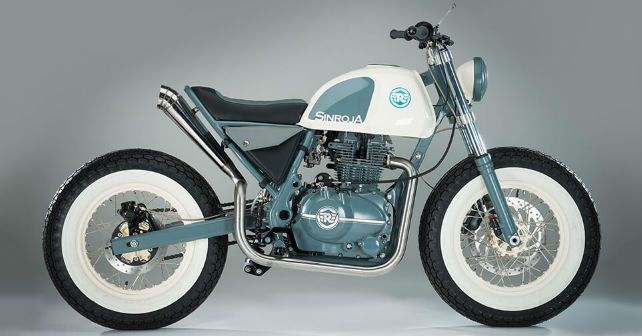 The frame of the motorcycle has been played with – it is now shorter and lower. Adding to this, the 16-inch white wall tyre at the rear is super thick. There is a new suspension system alongside superior braking hardware. A slim exhaust pipe popping out from below the custom built seat, complement this one-of-a-kind RE Himalayan’s stunning stance.

Custom made for the Wheels and Waves festival, and displayed for the sole purpose of stealing the spotlight, do not expect these handsome RE concepts to hit a showroom near you anytime soon.