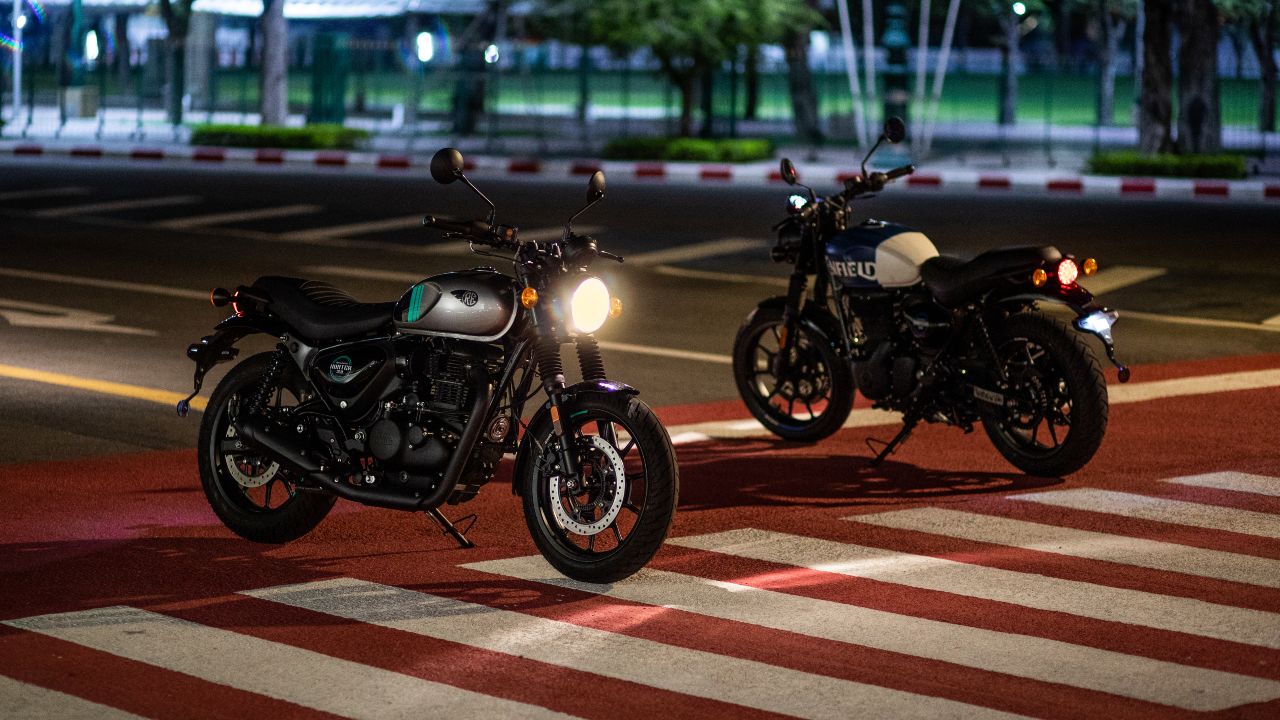 The Hunter 350 is finally here, this time without the disguise!

For starters, the Hunter 350 is derived from RE’s J-Series 350cc platform. The company’s CEO Siddhartha Lal stated that the model was under development in 2016 to get the chassis equation just right. As against the rest of its stablemates, the Hunter comes with a modified twin-downtube spine frame that is claimed to improve agility and cornering stability.

The motorcycle retains most of the Royal Enfield design cues, like the rounded light clusters and twin rear shocks. The design, this time, is leaned toward being a roadster rather than a cruiser like the rest of the 350cc range. The company claims that the motorcycle gets an all-new suspension set-up that is not shared with any other model. Up front, there is a 41mm front fork offering 130mm of travel while at the rear it gets twin tube emulsion shock absorbers with 6-step pre-load adjustment and 102mm of wheel travel.

In terms of powertrain, the Hunter 350 gets the familiar 349-cc J-series engine as the Meteor 350. The engine outputs the same 20.2bhp and 27Nm of torque, but Royal Enfield has tweaked the tune for sharper throttle response. This unit will be mated to a 5-speed gearbox.

With the Hunter 350, Royal Enfield is targeting a new group of buyers who are upgrading from smaller capacity motorcycles or the ones who are looking for their first motorcycle. Furthermore, the Hunter 350 is touted to be the new entry-point into RE’s lineup, placed below the Meteor 350. 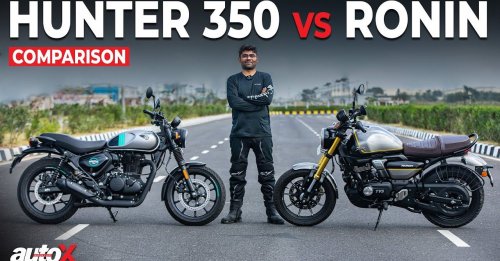