Top 10 greatest Bikes in India of all time! 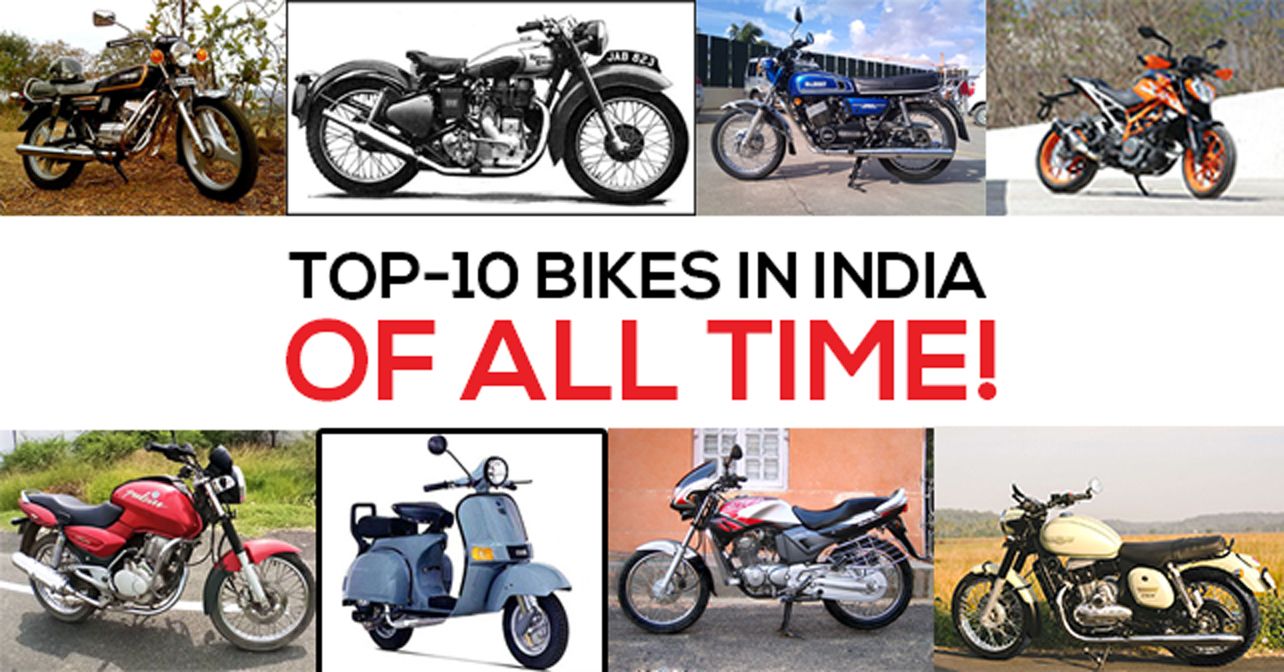 The motorcycle market has grown by leaps and bounds in the country, and you will find almost every bike maker in the world setting up shop in India. We take a look at the Top 10 motorcycles to have been launched in India.

India is now the biggest two-wheeler market in the world. And, the journey to becoming the biggest market has been very interesting, with some pretty iconic and exciting products coming our way in the last century. Today, almost every bike maker in the world sells its products in the country. We have everything you could think of – superbikes, adventure bikes, commuters, entry-level sports, big power cruisers, tiny scooters, and even some of the most high-tech electric two-wheelers.

But, how did we get here? How did the motorcycle industry become so interesting in the country? And why are two-wheelers loved and admired so much? Well, the reason is simple – there were certain bikes that were launched here, which completely revolutionised the industry. In this article, we will look at the top 10 greatest bikes ever launched in the country.

The criteria we are looking at is how influential these products were not just in the market but also to the different generations of biking enthusiasts. We take into consideration how these bikes impacted the market, set benchmarks in terms of performance and style, created hysteria and hype or cult followings, revolutionised mobility and sales performance, and influenced future products. Below is the list we have come up with. This is not in any particular order, but we did try to maintain the chronology of their launches. So, without further ado, here are the top 10 greatest bikes of all time to have been launched in India. 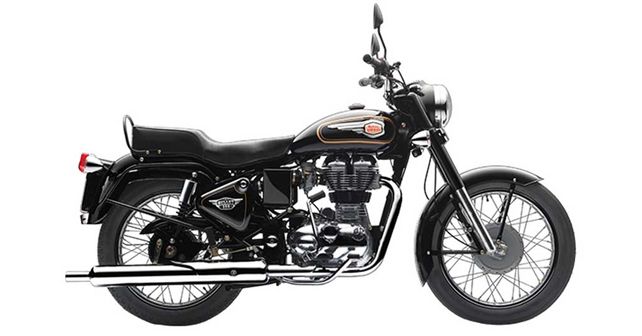 The RE Bullet is without a doubt one of the most influential bikes on this list. Not only was it one of the earliest big bikes to be launched in India but it is also one of the longest surviving nameplates in the motorcycle history. RE gained a big reputation in India with the launch of the Bullet 350, which has been one of its most successful products. The cult-status that the RE brand holds today is mainly due to the success of this motorcycle. The Bullet has been around in India since the beginning of the 20th century, and because of RE, many other brands started to make their way into India such as the number two and three on this list. You could also say that the Bullet was the first adventure bike in the country because of its tough build and ability to conquer rough terrain. 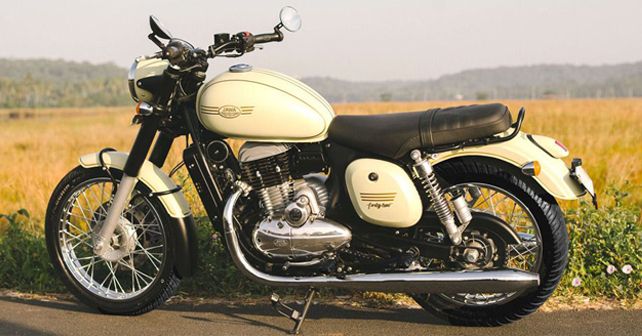 Jawa became a very successful brand in India in the 70s and 80s. The bikes were slightly more affordable than the big RE's and therefore attracted a lot of people. The Jawa was also very popular in motorsport and did pretty well in international and local races. The Jawa 250s became very popular, with its classic design and sturdy build quality, which attracted a lot of people. The cult status of Jawa is strong even today, which is why the brand was recently resurrected by Mahindra. 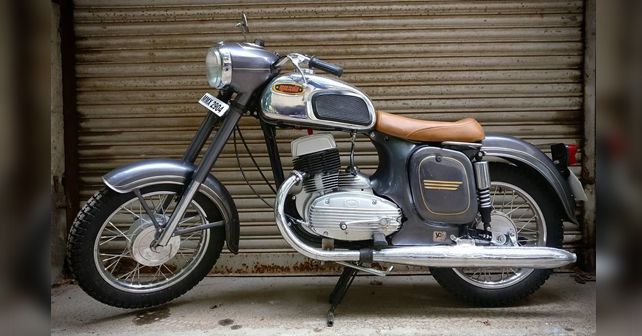 Apart from the Jawa, the Yezdi brand also became very popular. The Yezdi 250 was built on an old rally chassis, and that is why the bike was considered to be as tough as nails. It soon started taking part in rally races where the bike was very successful. The engine was a brilliant 250cc two-stroke engine with 16bhp and 23Nm of torque. The design was interesting, and the bike soon became very popular and changed the motorcycle scene in India, with its lighter body and overall better performance. Even today the Yezdi costs a lot to buy from a collector, and there is talk of reviving the brand just like Jawa. 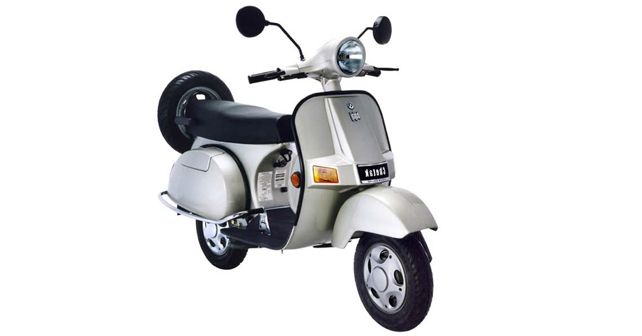 The Chetak revolutionised mobility for Indians. I am sure many of you have some memory of this lovely scooter. The design was based on the Vespa. The Chetak was one of the first mass-produced scooters for the masses. It was very popular and became a massive hit across the country, and that is where the tag line 'Hummara Bajaj' comes from because every family had a Chetak, and it was considered part of the family. Because it was a good product and highly practical and made millions of Indians mobile, it further paved the way for the scooter industry in the country. 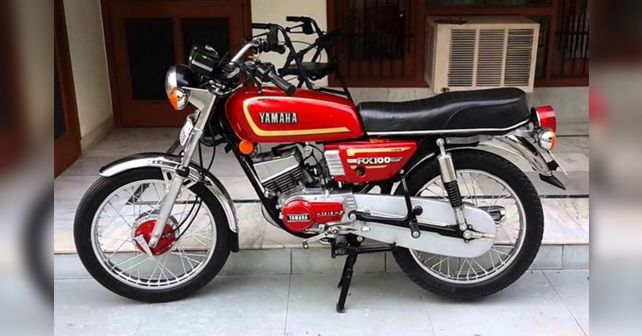 Yamaha totally blew everybody away when they brought the RD350 to India. No one was ready for that kind of insane power. IN the 80s, a bike that could race from 0 to 100km/h in just 7 seconds was unheard of by average bikers. However, the bike was expensive and didn't become a hit. That is where the RX 100 came in, and when it did, it sold like hotcakes. The RX100 was a light and nimble bike that was affordable, good looking, and packed quite a powerful punch. Launched in 1985, this 100cc two-stroke bike had about 11bhp and 10Nm, but that was enough firepower for the commuter segment. The RX100 became very popular and made motorcycles an urban mobility solution in the country. The RX100 was incredibly reliable and could take a beating for years without seeing a workshop – another reason why it became so popular. 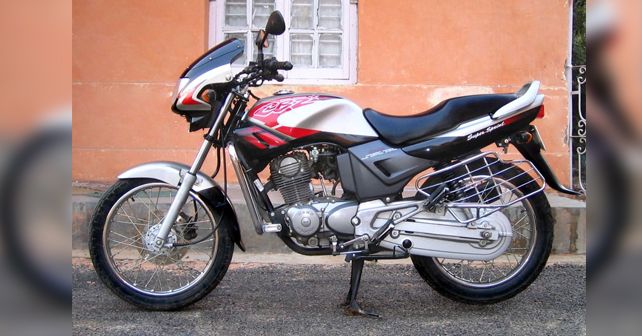 The Splendour was perhaps the bike that changed the commuter segment for good, and it sure does deserve to be on this list, but it was the CBZ that brought in the performance aspect to Indian commuter motorcycles and started a whole new segment of motorcycles – entry-level commuter sports bikes. The CBZ was launched in 1999 and became an instant hit. It was insanely popular with bikers at the time and allowed the masses to own a good performing sporty machine. In fact, the CBZ was so successful that it inspired the development of the next bike on this list. 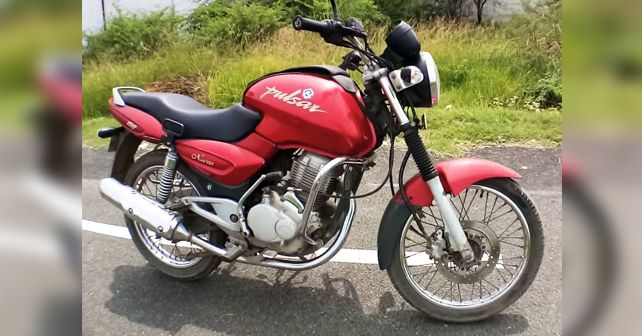 Bajaj was adamant to challenge Hero Honda and the CBZ. Bajaj hit the drawing board and spent a lot of money and time, and it looks like they did pretty good because that is how the Pulsar was born. The Pulsar was an instant phenomenon, so much so that young men all across the country wanted to own one. In fact, the Pulsar 150 was my first motorcycle. It brought design and performance together in a perfect package. Today, the Pulsar brand is very strong and has its own cult following not just in India but in other countries where the bike is sold. 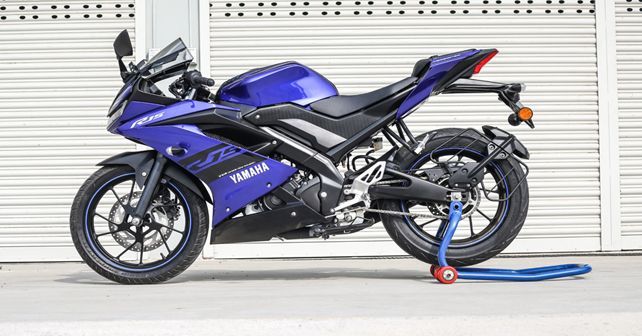 Yamaha once again changed the biking scene in India when it launched the R15. This was to be India's first fully-faired sports bike for the masses. The R15 was a beautiful addition to Indian streets, and young motorcyclists who had always seen track-spec bikes in movies could now own a proper sports bike at a very affordable price. The Yamaha R15 opened the market and made other manufacturers think of bringing in full-faired entry-level machines. Even now in its third generation, the Yamaha R15 is the best bike in the 150cc segment. 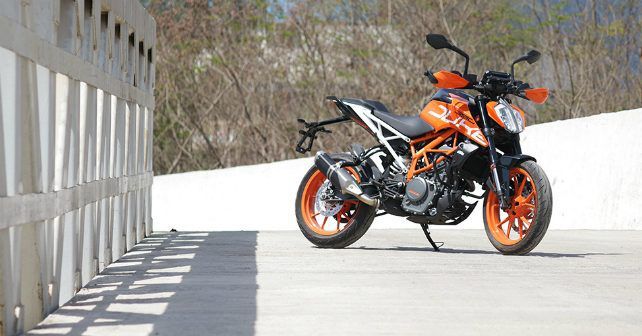 Bajaj took ownership of KTM and did a wonderful thing by manufacturing their smaller capacity bikes in India. The Duke 390 offered the most amazing performance you could get in an entry-level bike in India. It also created a whole new segment. No other bikemaker had dared to tap into the mid-size engine segment, but KTM came in guns blazing and started a damn revolution. Once Indians got a taste of the Duke 390, they were addicted to its good looks and impeccable performance. The KTM 390 Duke reached cult status in record time and is today the best value-for-money motorcycle you can buy in the country. 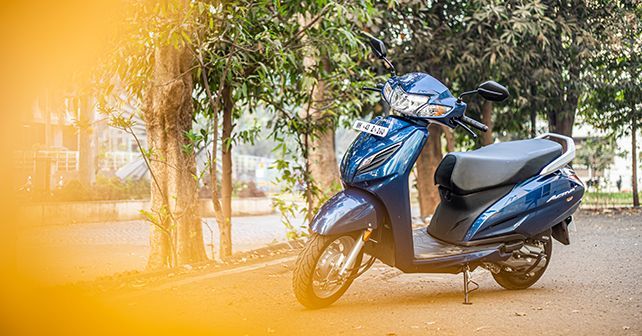 Many people might not agree with the Activa to be on this list but it goes without saying that the Activa brand is one of the strongest two-wheeler names in the country. Honda has sold almost 20 million of these little scooters globally, and it is even said that one in every 5 two-wheelers sold in India is an Activa. The Activa brought quality and performance to everybody. It is one of the best products in the entire world. When you think of scooters, you think of an Activa, that is how strong the brand name is. It is practical, incredibly reliable, and performs very well, which makes it one of the most iconic names in two-wheel history in India.

So, there you have it! This is what we think are the 10 best bikes to have been launched in India. What do you guys think about this list? Would you like to add another bike or remove one of these legendary bikes? Do let us know what you think. 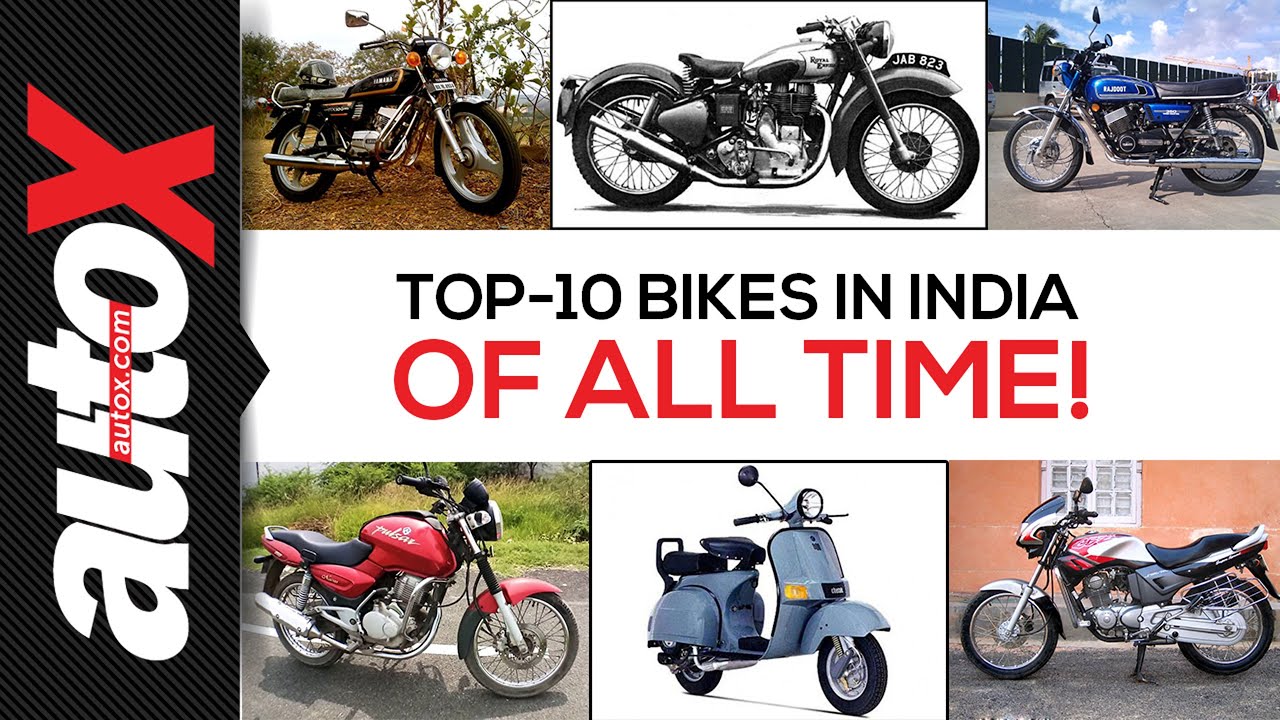 I owned ktm duke 200 but I love Yamaha RX100. My all-time favorite bike