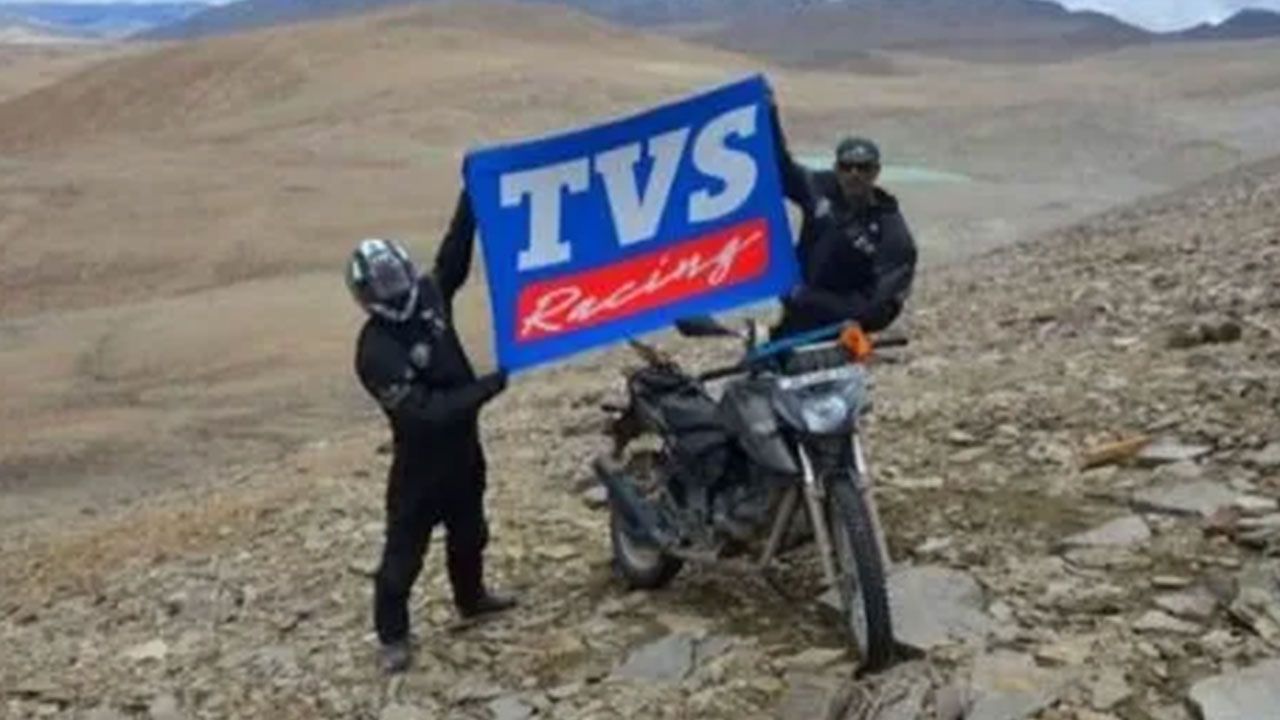 The TVS Apache RTR 200 4V has entered the Limca Book of Records. As a part of the ‘Quest for the Highest’ campaign, the six member team riding on four RTR 200 motorcycles scaled 21,524 feet in the Rupshu Valley (Ladakh) to create a new world record of the ‘Highest Altitude ever reached by a Motorcycle’.

The team, with four TVS Apache RTR 200 4V motorcycles, rode through the tricky Himalayan terrain, covering a total distance of 1612km, including Manali, Sarchu (14,700 feet), Tsokar (14,860 feet), Korzok (14,836 feet) and set up a base camp in Kyirchu (15,110 feet). On August 29, 2016, the team successfully scaled the summit, battling torrid weather, rocky and ice terrain and high altitudes. Upon scaling the summit, the team hoisted the Biswa Bangla flag and the Indian tricolour at Chamser Kangri in Ladakh, Jammu and Kashmir.

All four RTR 200s were equipped with special off-road tyres for this mission. The mag wheels were changed to spokes wheel of 18 inches (front) and 16 inches (back), while the suspension was also tuned to suit and tackle the harsh terrain of the Himalayas. The submission to Limca Book of Records was made in December 2016 and a jury adjudged them winner of the new world record in April, 2018.