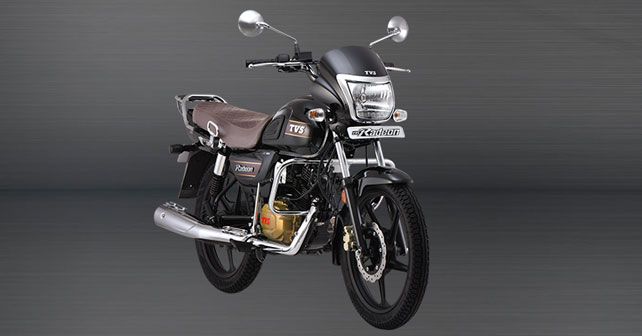 Prices for the updated BS6 TVS Radeon range between Rs, 58,992 to Rs. 64,992, ex-showroom Delhi. The conversion to BS6 emissions norms has seen the weight of the motorcycle go up by 4kh while power is down by 0.12bhp.

TVS has recently updated its entry-level Radeon commuter motorcycle for the new BS6 emissions that have come into force from April 1, 2020. As a part of the update, the Radeon has ditched its carburettor for a modern fuel injection system. Other mechanicals for the motorcycle remain the same as earlier with its 109.7cc single cylinder air cooled engine. As a consequence of the emissions upgrade, the engine now develops 8.08bhp @ 7,350rpm and 8.7Nm @ 4,500rpm. The engine continues to be mated to a four-speed constant mesh gearbox. As a result of the mechanical changes, the Radeon now weighs 4kg more than earlier while it is claimed to be 15 per cent more efficient than earlier.

The TVS Radeon is being offered in a choice of three variants - Base, Drum and Disc. The base variant of the TVS Radeon is priced at Rs. 58,992 while the mid-spec Radeon with drum brakes retails at Rs. 61,992 and the top-end Radeon with a front disc brake wears a sticker price of Rs. 64,992, ex-showroom Delhi.

The 2020 TVS Radeon base variant is available in a choice of six colours - Pearl White, Titanium Grey, Metal Black, Golden Beige, Royal Purple and Volcano Red while the mid and top-end variants are only offered in either Chrome Black or Chrome Brown shades and feature chrome rearview mirrors, metallic brake and clutch levers.

You can also read the initial launch report for the TVS Radeon from 2018 here - TVS Radeon launched at Rs 48,400 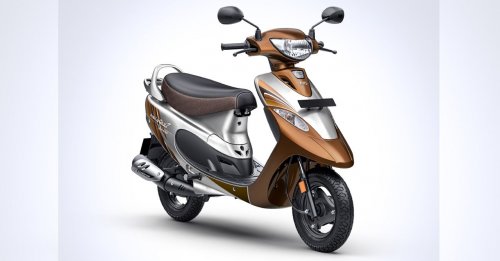