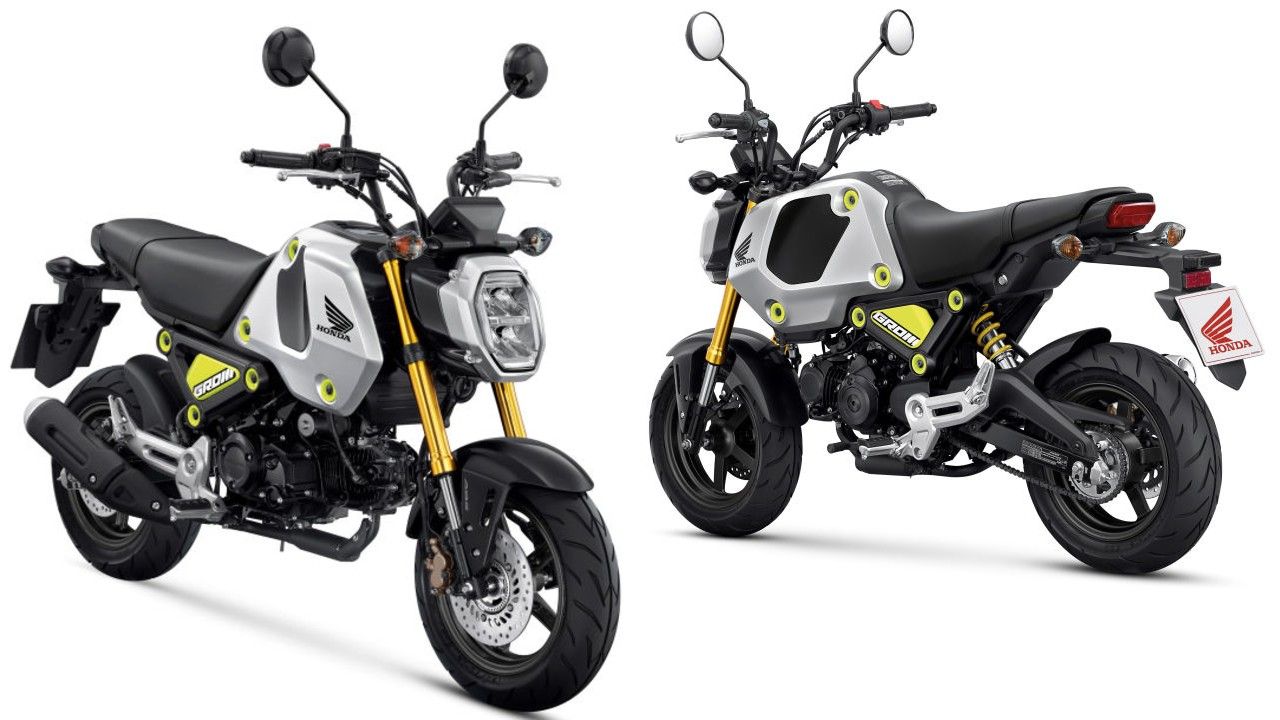 The 2021 Honda Grom features an updated design, an LCD dash, a cleaner motor, and a 5-speed transmission. Meanwhile, HRC has also built a race-only Grom for the Japanese One-make Championship

Honda has given the popular MSX125 Grom a substantial update for MY 2021. As is evident from the images, it features some noticeable cosmetic changes but continues to sport the signature toy-like appeal. The body work now gets six fasteners (with contrast surrounds) that tether it with the frame. The shape of the fuel tank, seat, side panels as well as the tail section have all been redone. The new Grom also sits on a new set of alloy wheels and gets a new exhaust. With this update, the Grom now looks closer to the Monkey – especially with the way the fuel tank and seat have been shaped. Other changes include LED headlights at the front and an LCD instrument cluster.

At the heart, the Honda MSX125 continues to be powered by a 124.9cc single-cylinder fuel injected motor that pushes out 9.6bhp and 10.5Nm. In line with the latest emission norms, the Grom is now Euro 5 compliant. Unlike the outgoing model that was mated to a 4-speed transmission, this 2021 iteration comes paired with a 5-speed unit. The 2021 Grom continues to sit on USD forks at the front and a monoshock setup at the rear. Braking duties are performed by a 220mm disc at the front and a 190mm disc at the rear. 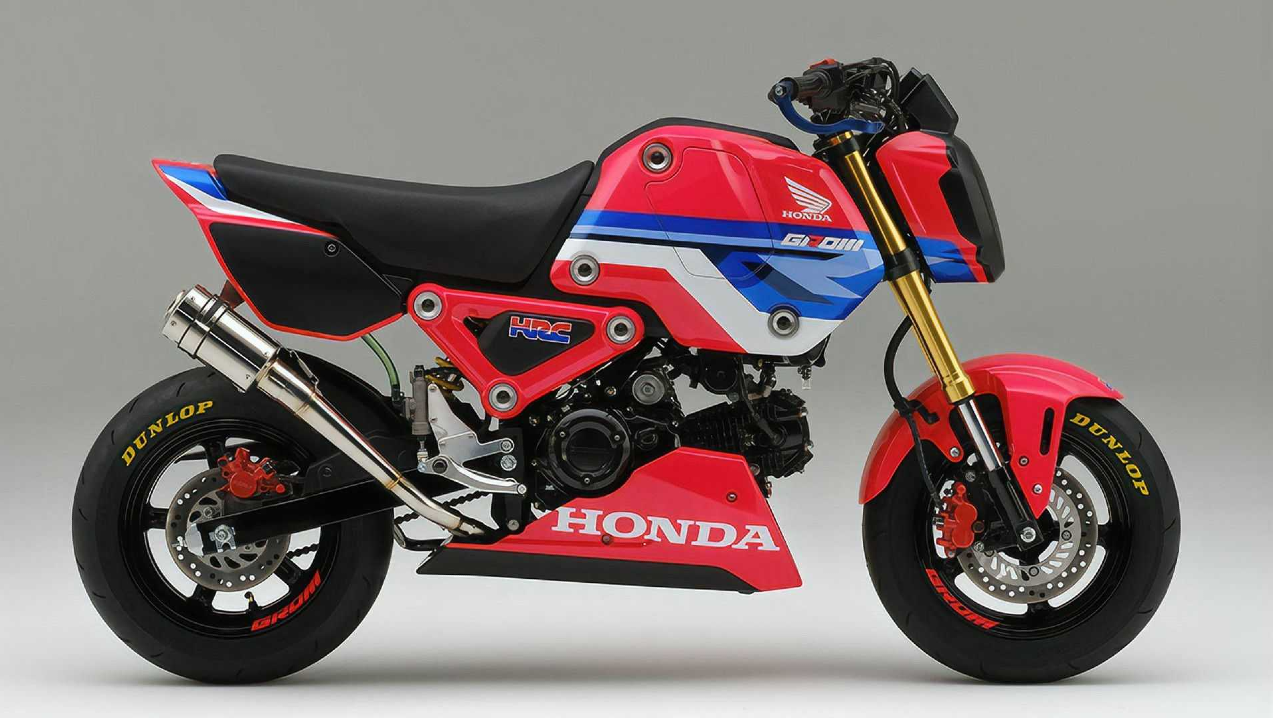 While this is the mass production version of the Honda Grom, HRC has also built a race-only MSX125 for the Japanese one-make championship. As you’d expect, it missed out on elements like the headlight and taillight units. The race-spec iteration features HRC livery, a belly pan and a race exhaust. While details of the HRC-spec Grom haven’t been revealed, it is safe to assume that it will be lighter and more powerful than the production-spec model.

Mirroring the Grom, Honda launched the Navi in India in 2016. Based on the Activa 110, the Navi was quick to gain momentum due to its quirky appeal, customisation options and affordable price. But the vehicle soon lost the initial steam and sales started gradually declining soon after. Honda pulled the plug on the Navi earlier this year and didn’t launch the updated BS6 model.