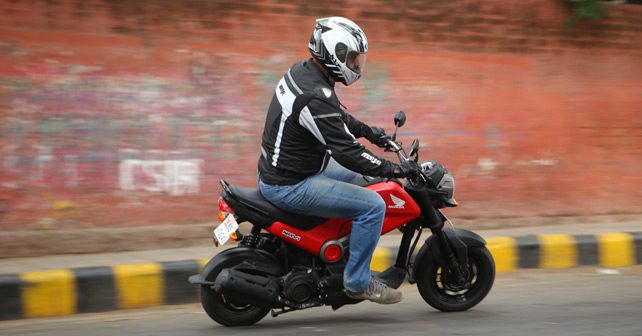 The Honda Navi is certainly one of the most interesting new two-wheelers on offer in India. But what exactly is it and what is it capable of doing?

It’s fresh, it’s new, it’s different, and it’s even got its own app. The Honda Navi has certainly grabbed our attention from the very moment we laid eyes on it at the Delhi Auto Expo 2016. This cute little bike has created a new segment in the market and with its unbelievably low price tag, Honda is hoping that the Navi will help them jack up their sales figures and battle their former partners, Hero Motocorp, for the number one position. But what is the Navi exactly? Honda does not classify it as a motorcycle or a scooter. It’s a cross actually, between the two because it’s got the engine layout of a scooter, but the seating position of a motorcycle. However, to make things simpler and to ease my understanding of what the Navi is, I just classify it as a Monkey bike instead of coming up with silly names like ‘Moto-scoot’. The term Monkey Bike was first used by Honda in 1961 for their tiny toy-like Z100 and the later Z50’s, which featured 50cc engines. The bikes were very popular and the riders of these bikes were described as looking like monkeys, hence the term ‘Monkey Bike’. 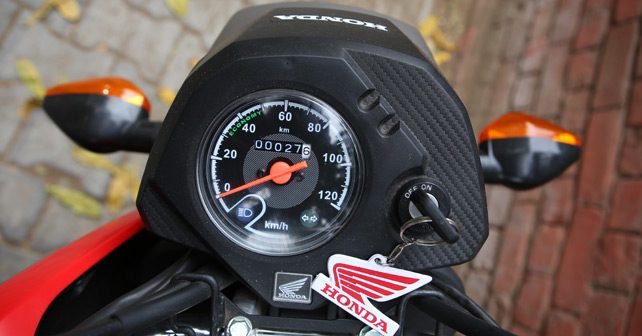 Well, because the Navi looks like a miniature toy motorcycle, and because I most certainly look like a monkey when I ride it, it’s safe to say that the Navi could also come under the category of Monkey Bike. But all jokes aside, the Navi is a very interesting new bike. It borrows most of its DNA from the best-selling Honda Activa, like the chassis and the engine, but it also borrows parts from some of their motorcycles – for example the taillight has been taken from the Stunner 125. But mostly, its dimensions are similar to Honda’s scooters. The Activa for example, might look bigger because with a height 1149mm it’s taller than the Navi by 110mm. The Navi though, is 1805mm long and has a wheelbase of 1286mm, while the Activa is 1761mm long and has a wheelbase of 1238mm. The seat height of both are exactly the same at 765mm, but the Navi is 8 kilograms lighter with a total weight of 100 kilograms. So it’s definitely got the practicality of a scooter and will be a very sensible commuter. The overall design however, is a world apart from the conventional scooter design and it leans towards the description of a motorcycle. The seating position and the handlebars, along with the small 3.8 litre fuel tank, side panels, and chunky foot pegs give it the look and feel of a motorcycle. 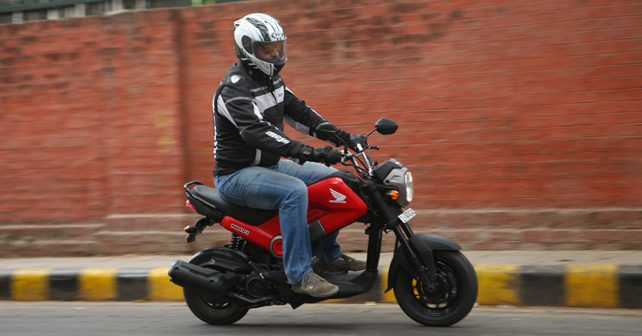 I got to ride the Navi around Delhi for a couple of days and I must say that I was very impressed, but more than that I had a childish grin on my face constantly, and I turned heads everywhere I went – because again, I looked like a monkey riding a toy bike. To put things into perspective I weight 20 kilos more than the Navi, and I am more than double its height. But, to my surprise, the Navi offered a very comfortable ride and the seating position was quite good. Obviously, I was a little cramped for legroom, but only just a little. The seat and the handlebars however, seemed to be perfectly setup. The entire riding experience was also very fun, and the 110cc engine from the Activa, as we already know, is a fantastic engine, and it seemed to work just as well, if not better, than in the Activa. Acceleration is good and the throttle response is immediate, and then of course the CVT transmission works just fine. The engine sends its power output of 8bhp and 8.9Nm of torque to the 10-inch rear wheel. 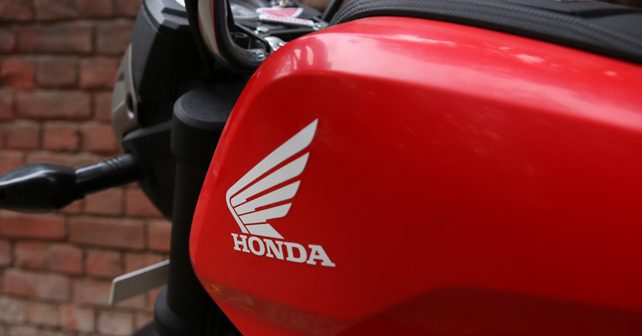 The engine feels smooth and is well refined of course, and I was able to easily reach a top speed of 80km/h. There are also no vibrations at all. The Navi is also very easy to handle. The bike is compact and very light. Riding through traffic is very easy and all city riding conditions are hassle free. The front end though seems to be very light, but it just takes a little time getting used to it. The drum brakes also are very light and don’t have a good amount of bite to them. But other than that there’s nothing to really complain about. The front suspension gets telescopic forks and the front 12-inch tyre is also taken from the Activa. The rear suspension gets the typical side mounted mono-shock found on all of Honda’s scooters. The suspension works nice on city roads and offers a smooth and comfortable ride.

The overall quality of the Navi is decent, considering the cost of the bike is just under Rs 40,000, making it very affordable. But, despite its toy-like appearance it’s comfortable, it’s a fun, and it’s a great city commuter. In fact, this is one of those rare products that are highly practical but still fun. Honda has taken a bold step with the Navi, but we are very happy to see something out of the ordinary and something different being offered in India. You can download the Navi app for Android where you can customize your own Navi to your liking, and then you can begin monkeying around town.