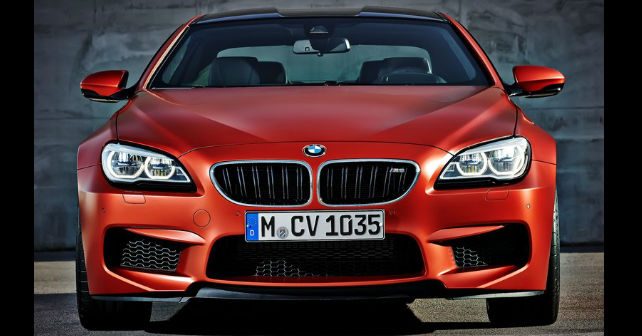 When it comes to the updated BMW M6 Gran Coupe, much remains the same as the outgoing model that was also on sale in India. Changes include new LED head lamps and updates for the telematics and infotainment system along with minor styling changes. More importantly, the BMW M6’s powertrain remains untouched with its 4.4 litre V8 petrol engine developing 560bhp of max power @ 6,000 rpm and 680Nm of peak torque @ 1,500 rpm. The engine continues to be mated to an eight-speed Steptronic sport automatic gearbox.

The previous BMW M6 Gran Coupe was priced at Rs. 1.71 crore (ex-showroom Delhi), expect the 2015 model to be priced in the same range. The BMW M6 Gran Coupe will rival the likes of the Audi RS7 and Mercedes-Benz E63 AMG in India.