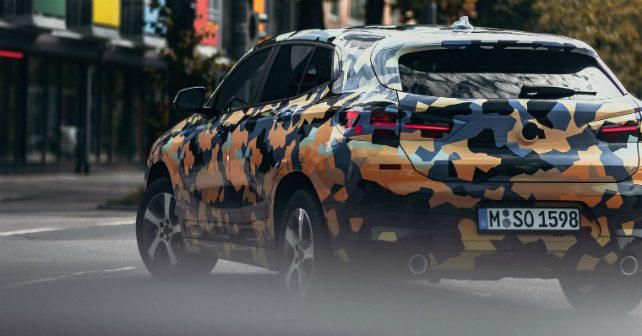 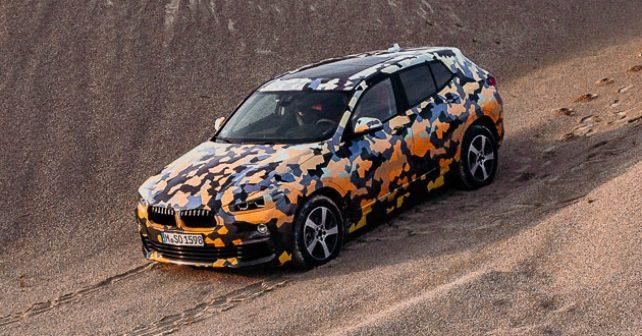 With the way the SUV market has been growing in the recent years, it has been out in the open that more and more manufacturers are looking to explore this body style. While BMW already has three models in their SUV lineup – the X1, X3 and the X5, they have been looking to expand. Spy shots of its flagship SUV X7 have been making their rounds on the internet, and now the company has also released some images of the smaller X2, albeit in a heavily camouflaged avatar.

BMW first showcased the X2 in concept form last year at the Paris Motor Show and it was well appreciated at the time. Although images of a camouflaged car mean that all the details aren’t quite revealed, but it does give out quite a few details about the crossover. It gets the BMW signature inverted kidney grille along with LED headlights on either side. The front-end also sport large air dams and circular fog lamps. The images clearly show certain features like turn indicators on ORVMs, sunroof, 5-spoke alloy wheels, LED tail lights, twin exhaust pipes and more. 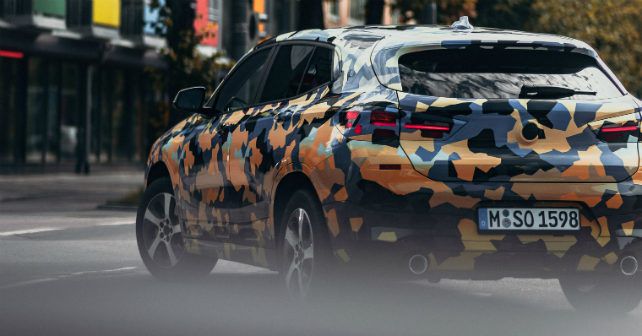 The X2 will sit between the X1 and the X3 in BMW’s SUV lineup. The X2 will be based on the same platform that underpins the Mini Cooper Countryman and the 2 Series Activ Tourer. Expect the X2 to be front-wheel biased with the option of an all-wheel drive system. The BMW X2 is expected to be launched with the option of a petrol as well as a diesel engine.

While there is no official confirmation as yet, the X2 will make its debut at the Frankfurt Motor Show next month with global sales likely to commence by Q4. As of now, there is no news about the model coming to India, but considering our liking for SUVs we wouldn’t bet against it. Stay tuned for more details about the upcoming BMW X2.