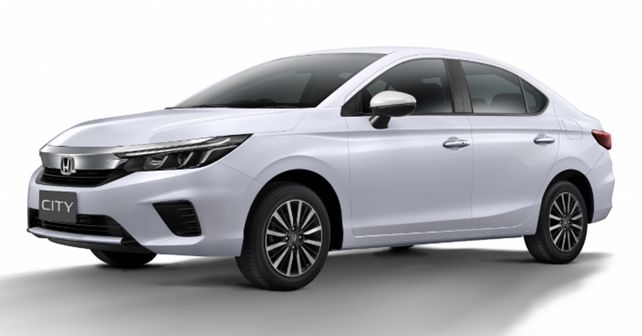 Honda has pulled the covers off the new, fifth-gen Honda City in Thailand and as expected, the new version now looks much similar to its updated brethren, like the Civic and Amaze. While the fifth-gen model still looks decidedly like a City from the sides, it's the front & rear profiles of the car that have received a major makeover. The front fascia features a new grille, with the now-signature chunky chrome strip extending onto the headlamps to form a brow. The LED headlamps too are new and feature a much sharper & angular look than before. The updated bumper reveals a refreshed air dam and even the fog lamp inserts have been reworked to look more dynamic. 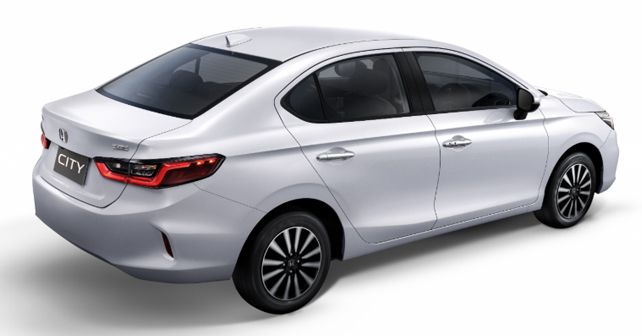 The fifth-gen model also gets heavy changes at the rear, led by new LED taillights that finally differentiate the car from the Maruti Suzuki Ciaz. However, the rest of the rear profile continues to be plain-jane, with the vertically-cut reflectors adding the only bit of flair to the rear design. Inside, the cabin (of the model shown in Thailand) features an all-black theme. An interesting change on the centre console of the new dash panel is the return of rotary dials for HVAC controls, replacing the outgoing model's touch-based control panel. 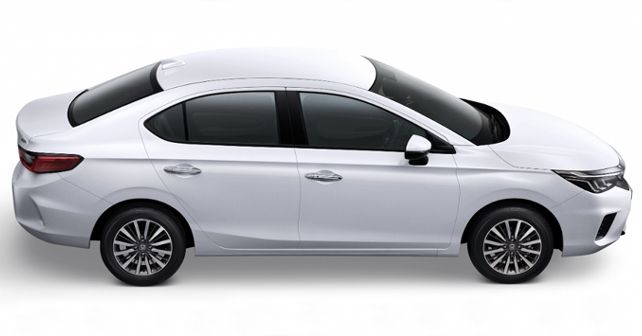 Apart from the styling changes, the fifth-gen model has also grown in size. It's 100mm longer, 53mm wider and 28mm lower than the outgoing model. Interestingly, despite the significant length gain, the fifth-gen model's wheelbase has shrunk by about 11mm. 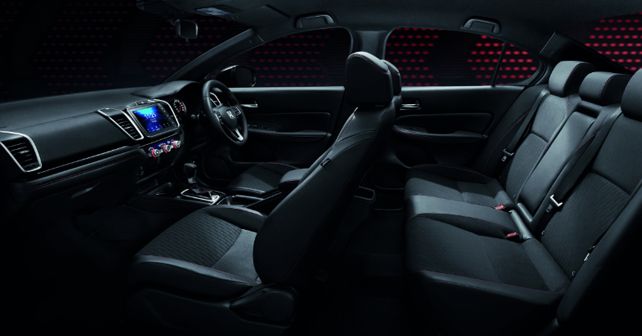 As for the powertrain, Honda has introduced a new 1.0-litre three-cylinder VTEC turbo petrol motor for Thailand. The engine is capable of delivering 120bhp & 173Nm of torque, mated to a 7-speed CVT gearbox. However, for the Indian market, Honda is likely to stick to the 1.5-litre configuration, with the key focus on BS-VI upgrade. For the first time, the City also gets a new RS variant, that features enhanced & sportier styling. 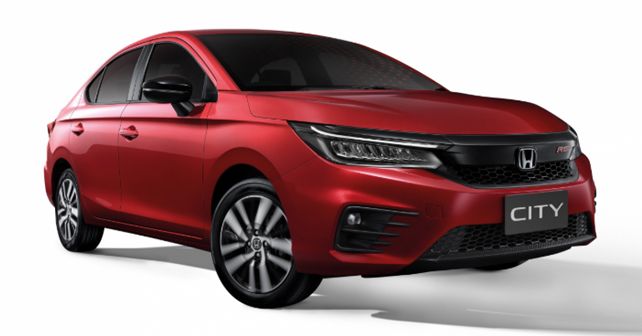 Expect the new, fifth-gen Honda City to arrive on our shores sometime around mid-2020.