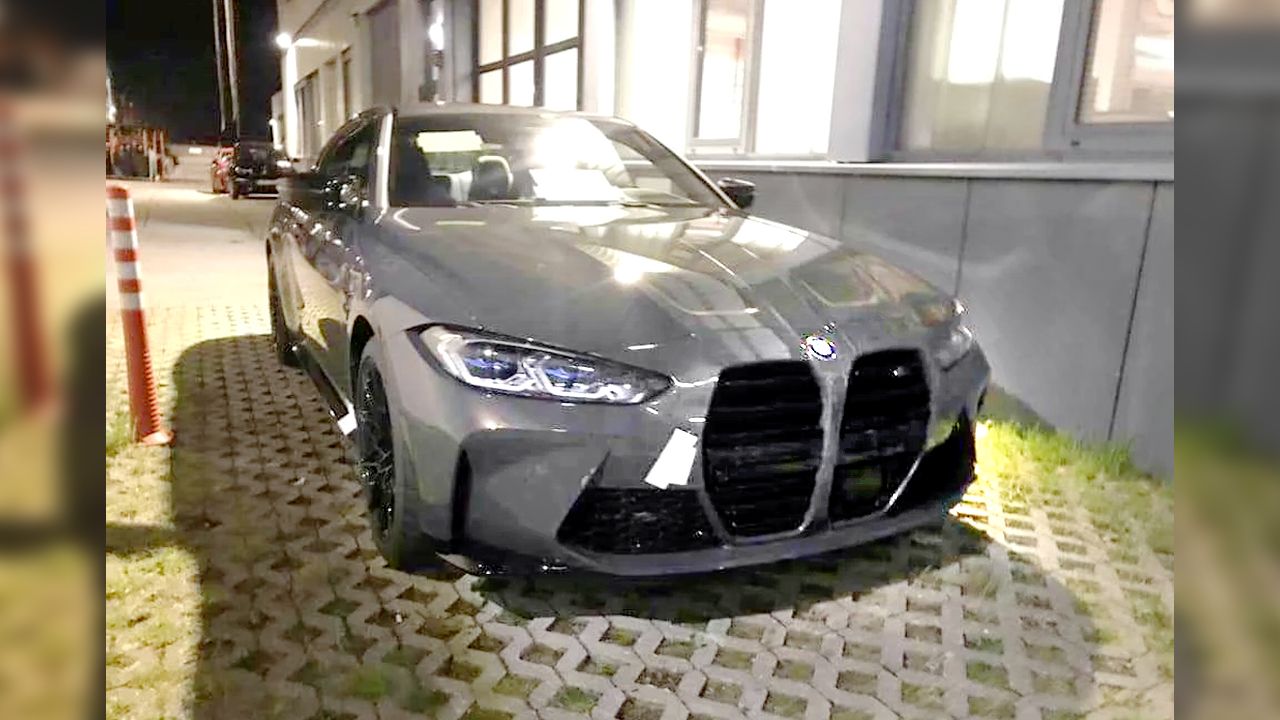 Technically, you're not supposed to see the new M4 until September this year. However, as is always the case, some eccentric BMW fan has caught on camera what seems to be a pre-production prototype of the all-new 2021 M4, which is based on the recently-unveiled 4 Series Coupe. Unfortunately, we're unable to catch a glimpse of the entire car as the spy shot only provides a look at the car's front profile. However, even this much is enough to raise eyebrows.

The biggest change over the standard 4 Series is, of course, the redesigned bumper and the grille. The 2021 M4 opts for vertical air intakes and honeycomb mesh grille in the lower half of the bumper. Look closer, and you'll spot a lip on the bottom edge of the bumper, that's been finished in gloss black. Once again though, the centre of debate has to be that new grille, which, interestingly, features quite spaced-out, window-grille style black horizontal slats instead of the grey-coloured mesh pattern of the 4 Series. The new M4 will certainly turn a lot of heads, but for the right reasons or not, only time will tell.

As for the firepower, the 2021 M4 is expected to get a heavily reworked version of BMW's B58 3.0-litre straight-six motor (codenamed S58). The changes made are believed to be so extensive that BMW claims the S58 engine is almost entirely new. The new motor has already been launched in the new BMW X3M & X4M.

Lost all the glory and all my respect.. BMW is facing design disaster and they are not even getting this point that ..its the worse grille ever