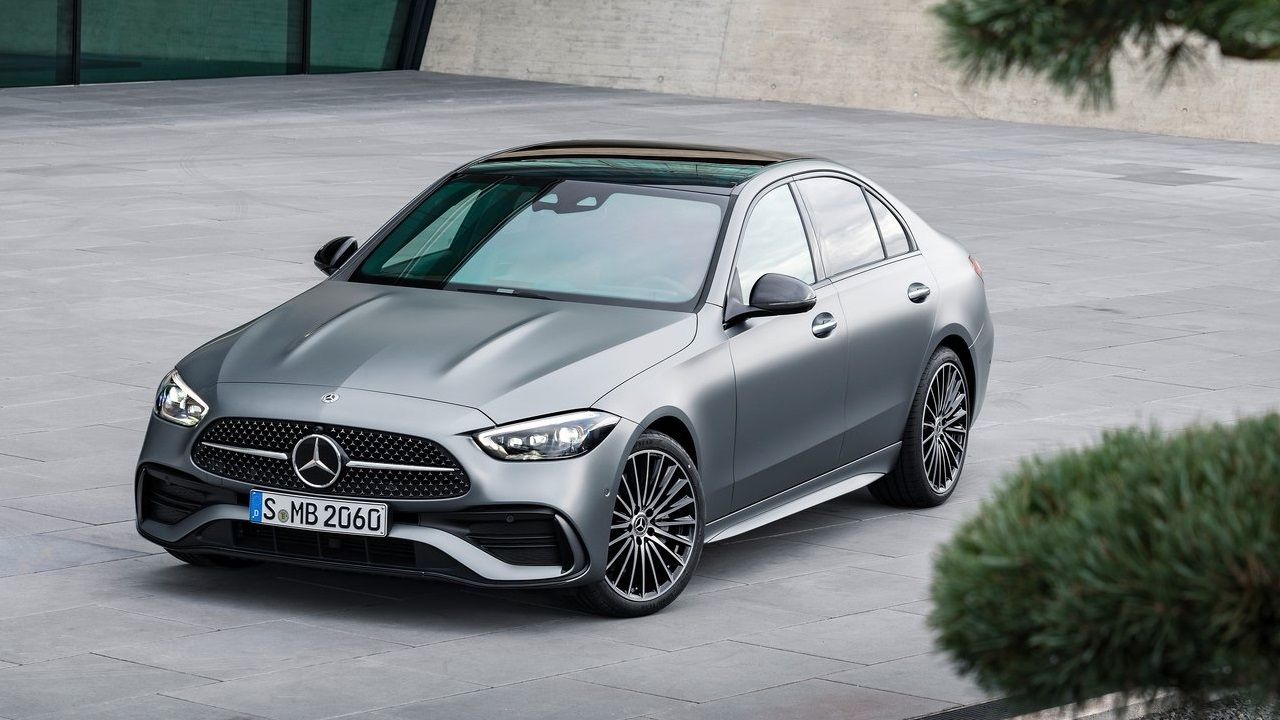 Wraps have come off the all-new fifth-gen Mercedes-Benz C-Class. It gets a major design overhaul on the inside and out, while it also borrows the latest in tech from its bigger brother, the S-Class.

Mercedes-Benz has revealed the latest fifth-gen C-Class. One of the most popular sedans by the brand, the C-Class is now longer and sharper than before on the outside, and packs tech that’s shared with the company’s sedan flagship, the S-Class. Not to mention, the all-new C-Class brings cleaner electrified powertrain options across the entire range.

Here’s everything you need to know about the new C-Class,

Based on the updated MRA platform of the previous-gen model, the new C-Class now looks sleeker and sharper than before. The front fascia is similar to newer Mercedes cars such as the A-Class, E-Class and S-Class, featuring a new bonnet with prominent power bulges, sleek LED headlamps and a single slat grille. Around the side and back, it takes design cues from its siblings, too – the silhouette is of a mini-S-Class, whereas the tail lamps are very similar to the E-Class. 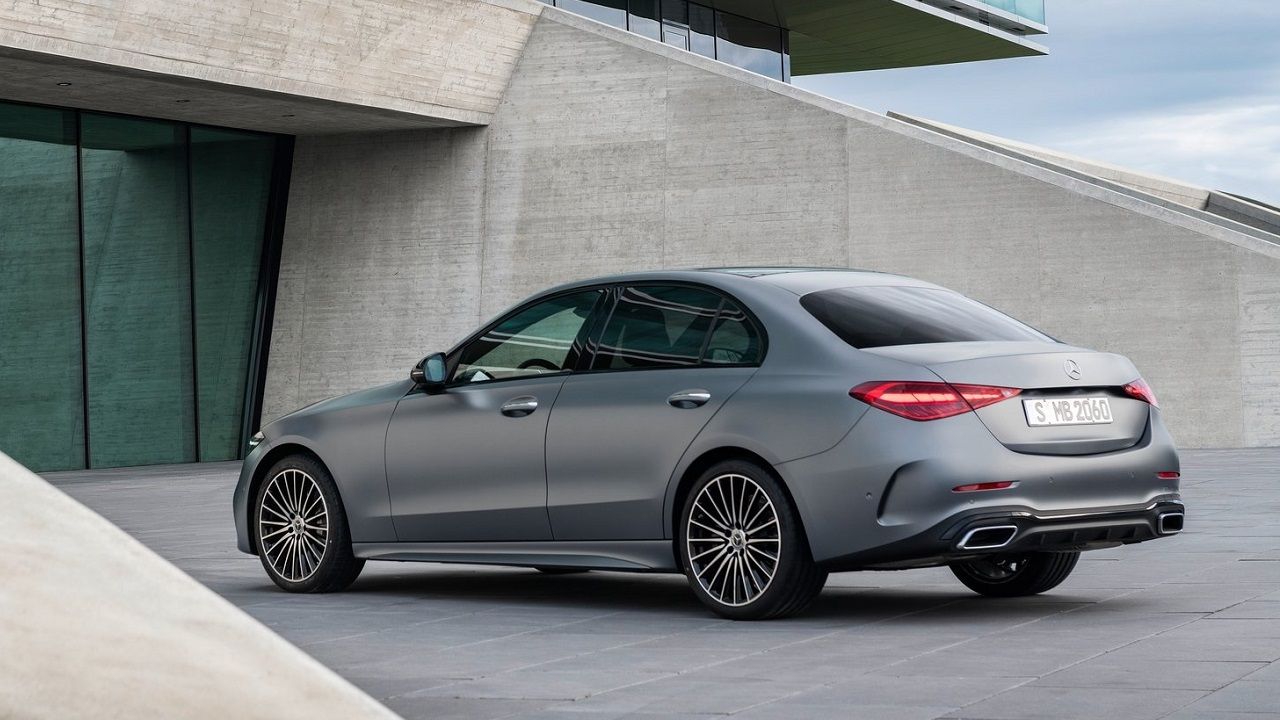 Not only does it look sportier and more aggressive now, but it’s also 65mm longer, 10mm wider and 7mm lower. The wheelbase has also increased by 25mm.

Inside, the C-Class has taken the game forward and how! Just like the new S-Class, the interior of the C-Class is brimming with tech. There’s a new dashboard layout, which features a vertically stacked 9.5-inch touchscreen screen with MBUX operating system. The instrumentation is an all-digital 10.25-inch screen, which can be updated to a larger 12.3-inch screen. Overall, the interior looks classy and has very fewer physical buttons, which gives the cabin a clutter-free appearance. 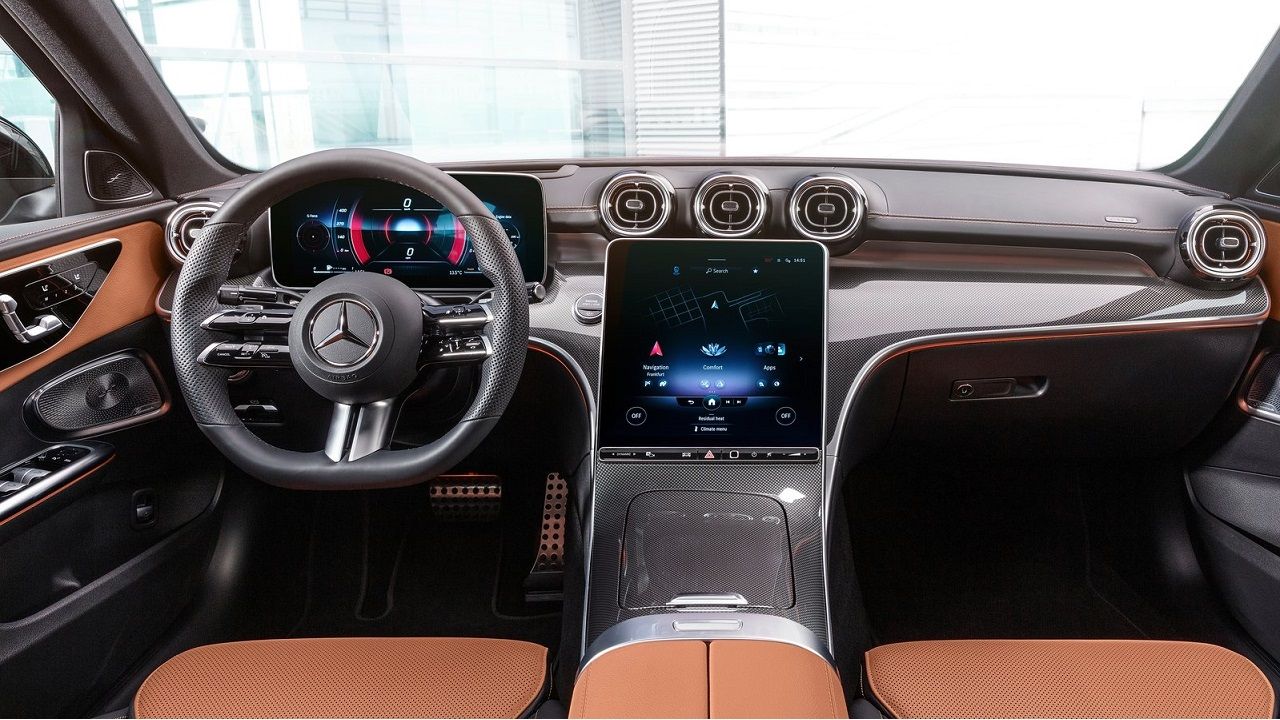 Mercedes will launch the new C-Class with four-cylinder petrol and diesel engines, initially. The petrol line-up kicks off with the C 180 variant, featuring a 1.5-litre turbo unit that is rated at 168bhp and develops 250Nm of torque. Next up is the C 200, it uses the same engine but power output is up to 201bhp and it produces more torque (300Nm). Rear-wheel drive is standard, but the latter can be equipped with 4MATIC all-wheel drive. At the top of the petrol range sits the C 300 / C 300 4Matic, both of which are fitted with a 2.0-litre turbo engine that pushes out 254bhp and 400Nm. The C 300 also features a 48-volt hybrid system with a belt-driven starter-generator – this adds a temporary boost of 19bhp and 200Nm! 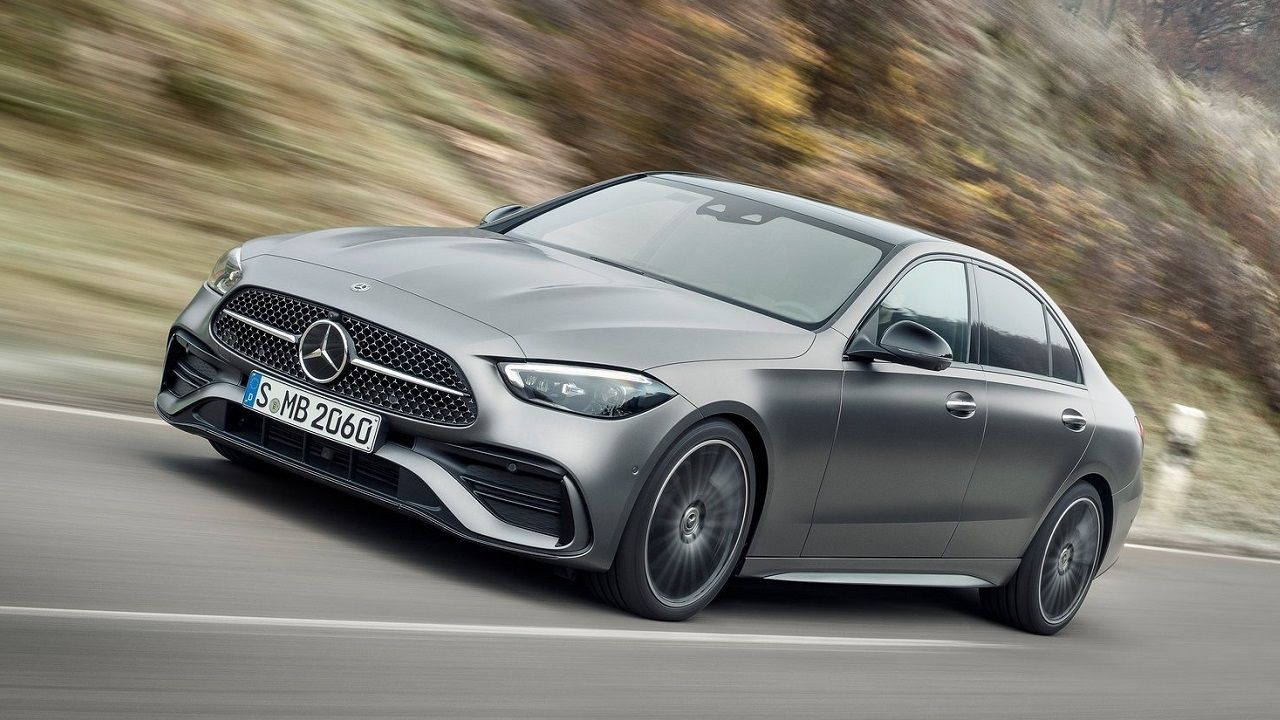 Mercedes will also offer the sedan in C 300 e plug-in hybrid trim, which will feature the C 300’s petrol engine with an electric motor along with a 25.4kWh battery pack. The total power output of this variant will stand at 309bhp and 550Nm.

All powertrains will come with a 9-speed automatic gearbox as standard.

Performance-oriented AMG versions are expected to be revealed later this year.

Mercedes hasn’t confirmed the launch date of the new C-Class in India as of yet, but it’s expected to arrive here by year-end or early next year. The new C-Class will compete with the likes of Audi A4, BMW 3 Series, Jaguar XE and Volvo S60 in India.