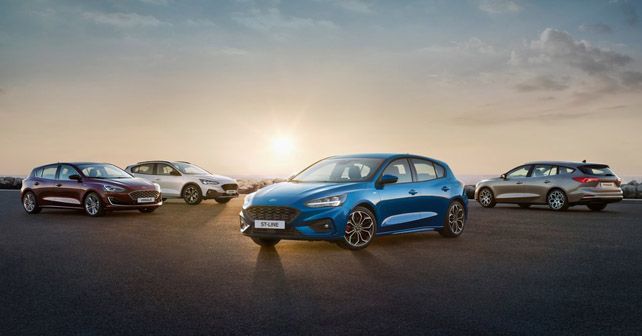 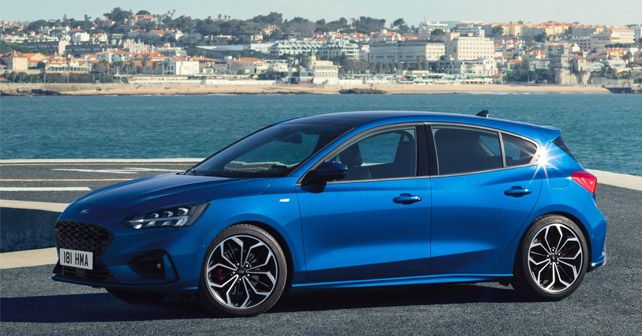 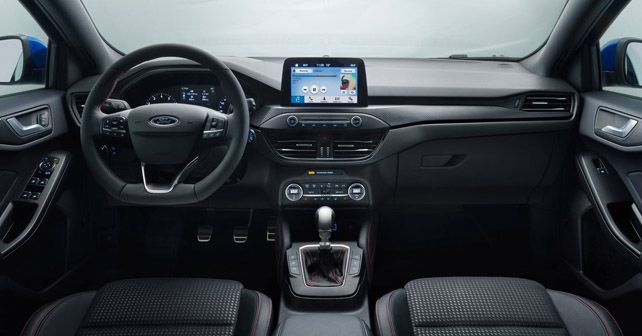 The fourth-gen Ford Focus is finally out. Available in five body formats – hatch, sedan, cross (active) and estate – the all-new Focus will be built in China and will subsequently be launched in other parts of the world. Don’t expect it to come to India though.

According to Ford, the Focus now follows a new design philosophy, while keeping the driving characteristics of the previous models. And if you look at it, design-wise, the new Focus takes a clean departure from the outgoing model. The front-fascia is totally new, featuring sleeker headlamps and an all-new grille, and looks a bit similar to some of the modern Kia cars – doesn’t it? Overall, the new Focus is a handsome car.

When launched, the new Focus will initially have four engine options – 1.0-litre and 1.5-litre three-cylinder EcoBoost petrol units and 1.5-litre and 2.0-litre EcoBlue diesel mills. The 1.0-litre engine is offered in three different tunes – 84bhp, 99bhp and 123bhp, while the 1.5-litre EcoBoost will be available in two power output options – 148bhp and 180bhp. The new 1.5-litre diesel can be had in two states of tune – 94bhp and 118bhp. The 2.0-litre diesel is rated at 148bhp.

All engines come paired with a six-speed manual gearbox as standard. A new eight-speed automatic transmission, which features ‘Adaptive Shift Scheduling and shift-smoothing', is optional. Apart from that, three driving modes – Normal, Sport and Eco – will be available as standard. Ford also says that the new Focus is the first vehicle to be based on the firm’s all-new C2 platform and that the new chassis is 20 per cent more rigid than before. All this means is that it should be an involving drive like previous iterations.

The all-new Focus will be offered in three trims – ST-Line, Titanium and top-end Vignale. There’s no news on the hot RS derivative as of now, but most likely it’s already in the development.