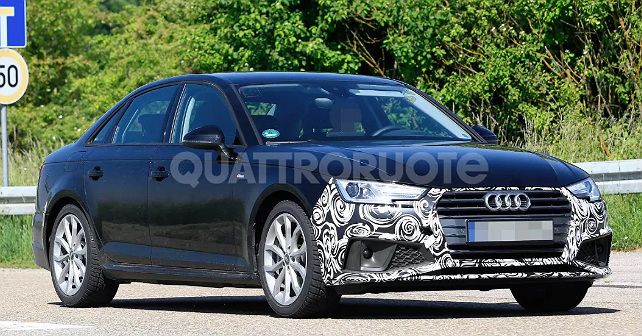 After the Mercedes C-Class, it’s the Audi A4 that’s up for a minor facelift

The current generation Audi A4 globally debuted in 2015, thereby making it old enough to be eligible for a minor mid-cycle refresh. The facelifted A4, which should go on sale early next year, has been spied on by Quattroruote, our Italian partner.

There seems to be no prominent change to the car’s rear, but the lower part of the bumper with integrated squared exhaust outlets looks a bit different. This element, combined with the sharp cuts of the front bumper, suggests that the test car here is equipped with the S Line sports package. 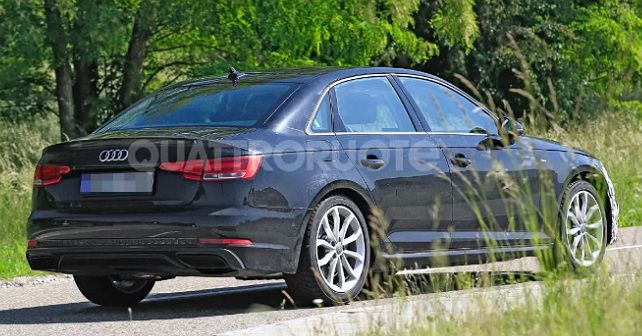 As for the interior, changes to the A4’s infotainment system are expected, which may borrow new technology from the latest wave of bigger Audi saloons. However, the interior of the updated car hasn’t been photographed as yet.

While most powertrain options from the current model will be carried over to the facelifted version, rumours suggest that Audi will strengthen the A4’s electrified range with this update. Audi already sells the 2.0-litre mild-hybrid petrol A4 in Europe, and this tech might be extended to other engines in the car’s range.