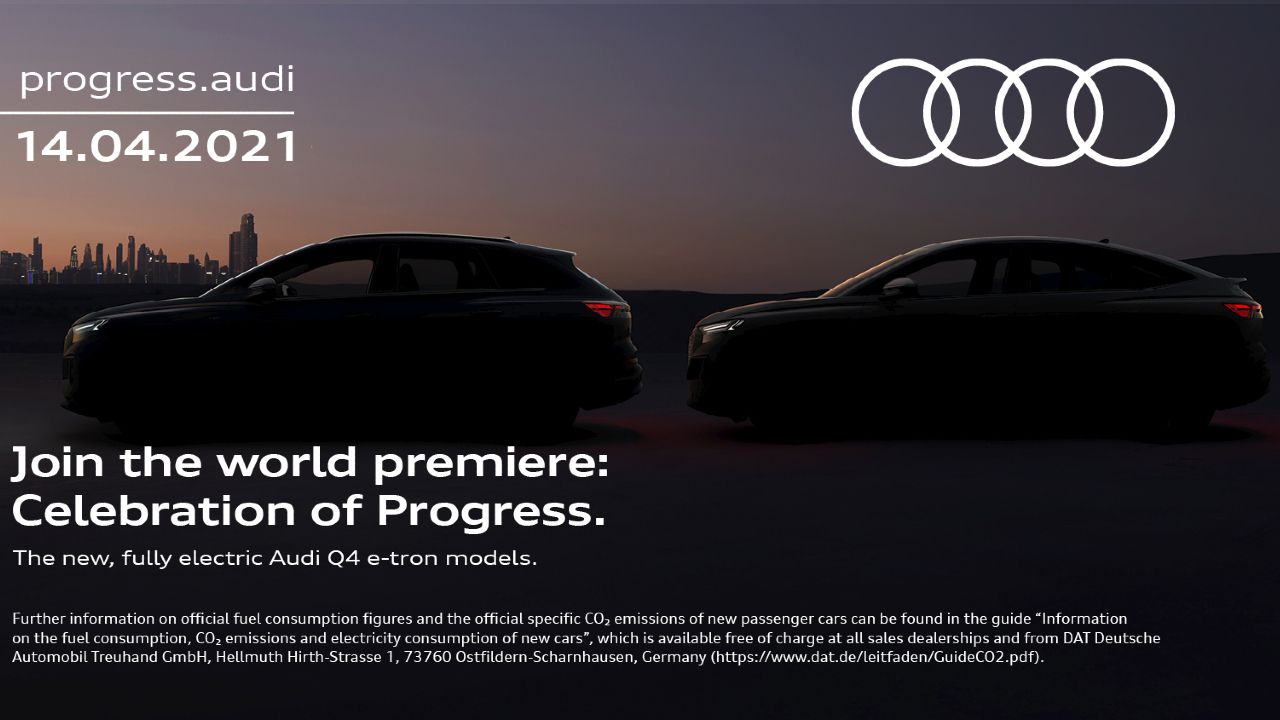 A Crossover and Sportback in Audi’s Q4 vertical are all set to make their debut, but this time with the e-tron suffix. That puts these two vehicles in a niche position of EVs in Audi’s portfolio

Audi showcased the Q4 Sportback e-tron concept in July of 2020 and within a year, the concept has evolved into not one but two production cars - Audi Q4 e-tron and Q4 Sportback e-tron. Both the cars are set to make a global debut on April 14, 2021, and the date has been confirmed by the car maker themself on its social network handles.

Very little is known about the aforementioned cars but what has been confirmed is that the Q4 e-tron and the Q4 Sportback e-tron will be based on Audi’s MEB platform. Source of power will be a 82 kWh lithium-ion battery for the two electric motors. The combined power output is 298bhp and that helps the cars dart from 0-100km/hr in 6.3 seconds (Claimed). The top speed is limited to 180km/hr and one full-charge could let you drive up to 450km. Audi also states that the rear-wheel-drive variant could let you drive a 50km over the standard all-wheel-drive car’s range.

Just last month, Audi gave the world a peek inside the cabin that revealed two screens housed in the dashboard. A 10.25-inch screen for instrumentation and 10.1-inch infotainment screen. A larger screen of 11.6-inch for infotainment will be an optional extra. The infotainment offers a natural voice support and the interiors can be had with traditional, artificial, or full Nappa leather - the latter one will be exclusive to the S-line variant. While the global debut is scheduled for April 14, the new EVs could go on sale in the coming month, however, in the international market.