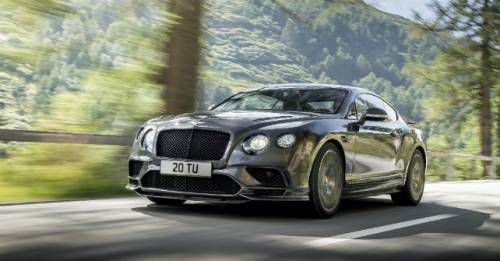 Power of 700bhp under the hood and the capability to dismiss the 0-100km/h dash in just 3.5 seconds makes the Continental Supersports, Bentley's fastest four-seat car

This is the Bentley Continental Supersports. It isn’t the first time the British car maker has used the Supersport epithet, having done that in the 1920s and then again in 2009. Both these cars were globally lauded during their time. So, when the uber-luxury car maker decided to use the name again, it had to be something special. What makes the Bentley Continental Supersports outstanding then? Bentley claims it to be their world’s fastest four-seat car.

The Continental Supersports comes with Bentley mighty W12 engine and in this state of tune it churns out, wait for it… 700bhp of peak power and 1,017Nm of max torque. It packs 79bhp and 217Nm more than the previous Continental Supersports. All this power takes it from standstill to 100km/h in just 3.5 seconds and record a top speed of 336km/h. To get this result, the car has been fitted with larger turbos and a revised charge-air cooling system. 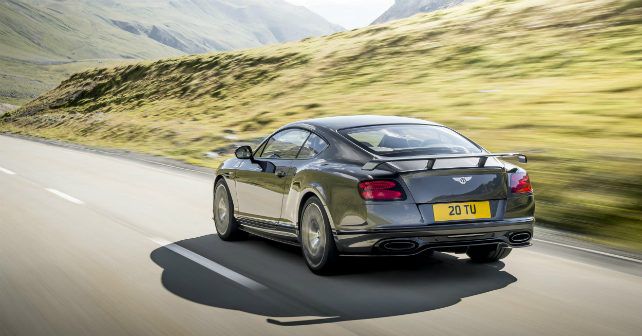 Wolfgang Dürheimer, chairman and chief executive of Bentley Motors said, “The Supersports name is legendary at Bentley. From the very first Supersports of the 1920s, to the Continental Supersports of 2009 – and now with the third iteration of this iconic model – it is a name which excites, impassions and thrills. Only Bentley could create a car which blends immense performance and unrivalled luxury in this way.”

Aside from tuning the W12 for more punch, Bentley has also managed to shed some weight from the Continental GT. In fact, at 2,280kg, the new Supersports is even lighter than its 2009 iteration and boasts of an improvement in power-to-weight ratio by 10 per cent. Bentley has also fitted the Supersports with high-performance carbon ceramic brakes with enhanced cooling.

In terms of design, the Supersports front and rear bumpers have been redesigned to incorporate a carbon fibre splitter and diffuser. Extensions at the side, carbon fibre vents on the bonnet, gloss black vents on the front wing and a new exhaust design are some other changes. Rounding up the changes to its design, the headlights and the taillights too have been given a tint. 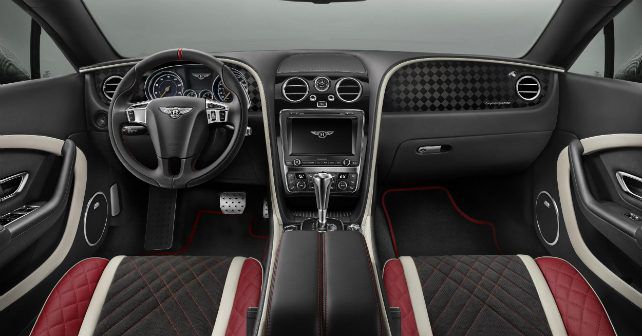 On the inside, the Supersports is the first Continental GT to get tri-tone interior. The seats have a new diamond-quilted design for enhanced comfort which continues onto the door panels for symmetry. The dashboard can also be custom design with a choice of chequered carbon fibre panels or the existing 10 veneer options. The interior also gets stitched Supersports emblem along with a bespoke steering wheel and gear lever.

The Bentley Continental Supersports is available in coupe as well as convertible avatars. This car could possibly be the last one to be based on the current-generation Continental GT before the new generation model is unveiled towards the end of 2017.