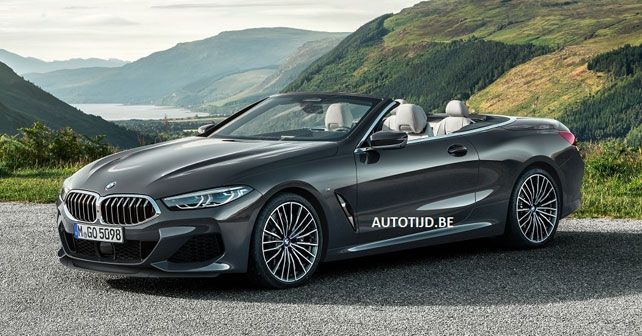 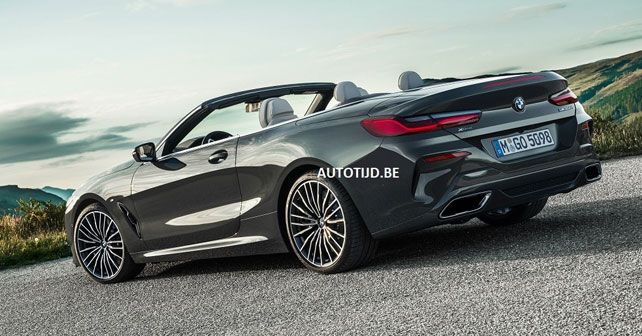 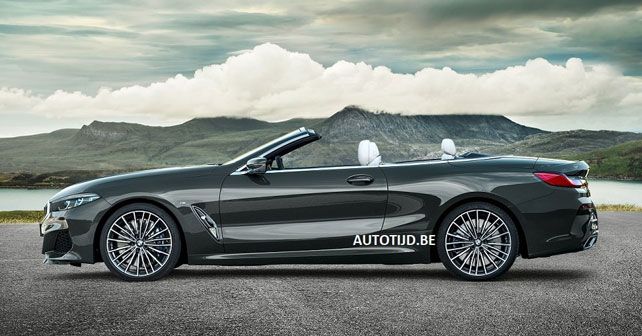 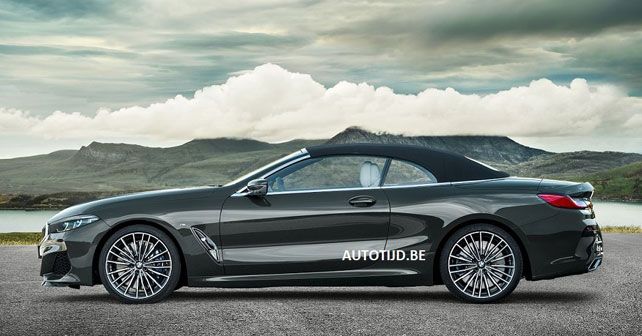 Official images of BMW’s 8 Series Convertible in the range-topping M850i spec have been leaked. Here’s a look at what’s different from the coupe, apart from the missing roof of course.

BMW’s 8 Series is making headlines with its reviews in European publications. And it would, for the number 8 has always been accounted for by some fairly special cars in BMW’s range. Not to forget the original, first generation 8 Series from the 90s. The new BMW 8 Series is no different, as BMW’s flagship coupe the car is designed to be big, luxurious and cutting edge on the technology front. Now while people are ogling at the new 8, a Belgian automotive website Autotijd.be, has managed to get a hold on official BMW images of the upcoming convertible version of the 8 Series.

And straight off the bat, we can see that the convertible model’s bodywork is identical to the coupe variant. This range-topping M850i version that’s been leaked has just a few in-panel design changes as compared to the coupe. The changes are limited to chrome highlights on the convertible model’s front grille and a honeycomb mesh design for the air intakes in the front bumper. The side profile (apart from the roof) has different rear apron design and new wheel rims. Around the back, the design is much the same to that of the coupe’s, aside from a new boot lid with an integrated stop lamp for the convertible. BMW has opted for a soft top for the Convertible model over a folding metal roof in the interest of keeping the kerb weight in check. Underneath the sheet metal, the convertible gets additional body strengthening to ensure torsional rigidity for the open top model does not suffer.

Under the hood, the BMW M850i Convertible as its badge suggests is powered by the same 4.4-litre twin turbo V8 with 530bhp on tap. The M850i Convertible will do 0 – 100 km/h in 3.7 seconds and hit an electronically limited top speed of 248km/h. At the time of launch, BMW will also launch a less powerful diesel model of the 8 Series Convertible with a 3.0 litre straight six turbo diesel engine good for 320bhp.