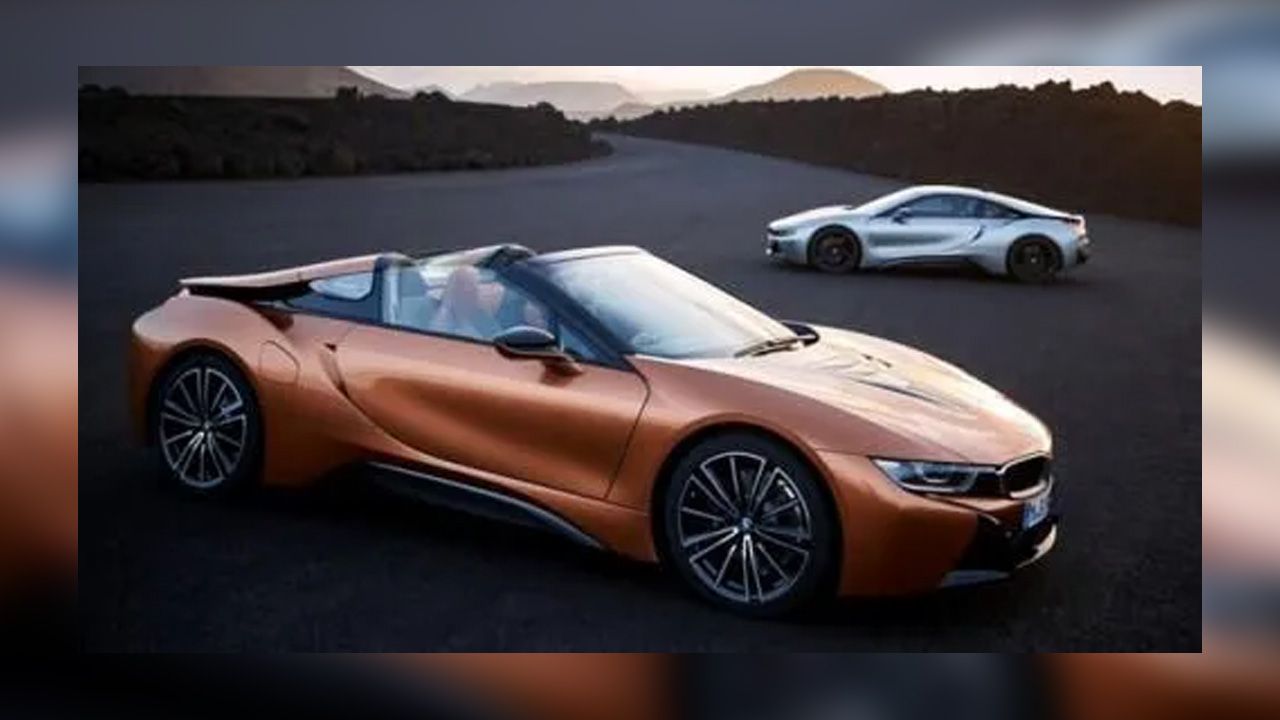 The i8 Roadster weighs just 60kg more than the i8 Coupe, and still retains the latter’s dihedral doors - although frameless ones.

After a lengthy development time and numerous teasers, the BMW i8 Roadster has finally been revealed in all its glory at the ongoing LA Auto Show, 2017.

The main highlight of the Roadster - the roof, is made of a large fabric panel and sports integrated header rails. It can open in just 15 seconds at speeds up to 50km/h. The windscreen of the Roadster has been modified to accommodate the new roof - the windscreen frame has been strengthened and the quarter windows reinforced. The rear window on the Roadster have been deleted and replaced with plastic cladding that features the ‘Roadster’ logo. 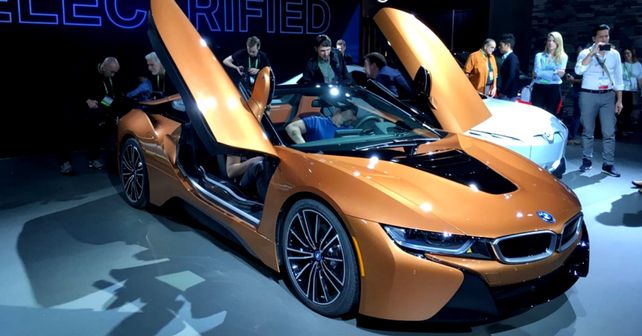 The arrival of the Roadster comes at a time when the i8 Coupe was old enough to get a mid-cycle refresh - and therefore, both versions debut with more power over the pre-facelift i8 Coupe. While the 1.5-litre petrol engine continues to develop an identical 228bhp, the electric motor has been given 12 more horses, extending the i8’s combined horsepower count to 369. BMW claims a 0-100 km/h time of 4.6 seconds for the i8 Roadster, and 4.4 seconds for the refreshed Coupe. Both have an identical electronically limited top speed of 250km/h.

Additionally, the lithium-ion battery on the i8 has been revised as well - the capacity now stands at 34Ah from the previous 20Ah. The energy capacity, too, has gone up by 4.5kWh. According to BMW, the new i8 duo can propel around 54km on pure electricity. BMW has also tweaked its charging system to make it faster so that the new i8 Roadster and Coupe can charge around 80 per cent in under three hours. 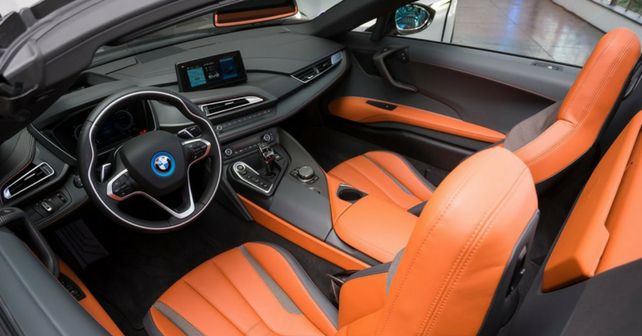 The cars also get subtle tweaks to the interior, with a new floating 8.8-inch screen to operate the updated iDrive system being the most essential one. The updated i8 Coupe will retail at £112,730 in the UK, while the new Roadster will cost £124,730. In India, the price of the BMW i8 is considerably higher (Rs. 2.62 crore - ex-showroom), because it is sold here as a CBU. Plus, discontinuation of the FAME scheme post GST hasn’t worked well for the i8 either.