BMW to bring out 25 electrified models by 2023, two years ahead of schedule 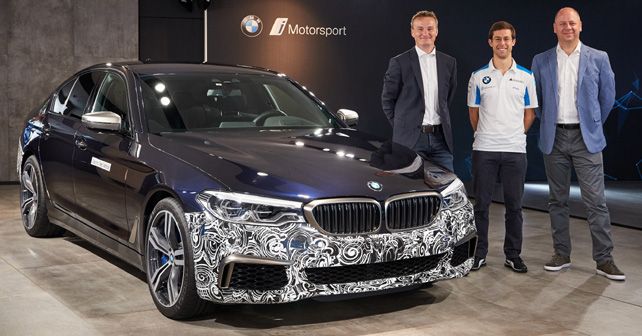 Stepping up its game in the e-mobility space, BMW claims that more than half of the 25 planned models by 2023 will be fully-electric.

BMW has come under the spotlight due to a string of announcements and new e-mobility products which have been announced at its #NEXTGen e-mobility summit. This has also bolstered BMW's position at the forefront of car manufacturers leading the 'green mobility' charge. 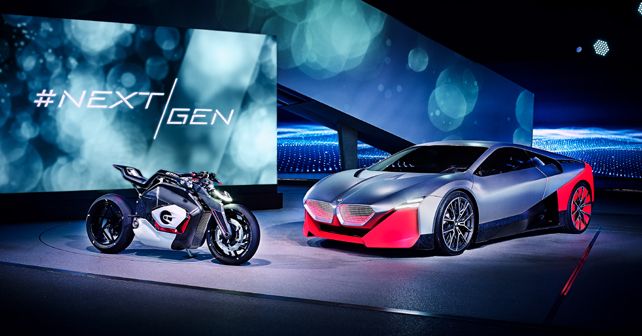 While the product charge is led by the BMW Vision M NEXT sportscar and the BMW Motorrad Vision DC Roadster, what's very interesting in this string of announcements is that BMW Group has jumped the timeline on its 'Future Highway 2025' by two years! What this means is that the Bavarian carmaker will now launch 25 electrified models by 2023, instead of the earlier decided target of 2025. Further, more than half of these models will be fully-electric.

Sharing the brand's future prospects in the electric mobility space, Harald Krüger, Chairman of the Board of Management of BMW AG said, 'We are moving up a gear in the transformation towards sustainable mobility, thereby making our company fit for the future: Over the past two years, we have consistently taken numerous decisions that we are now bringing to the roads. By 2021, we will have doubled our sales of electrified vehicles compared with 2019. We will offer 25 electrified vehicles already in 2023 – two years earlier than originally planned. We expect to see a steep growth curve towards 2025: Sales of our electrified vehicles should increase by an average of 30 per cent every year.' 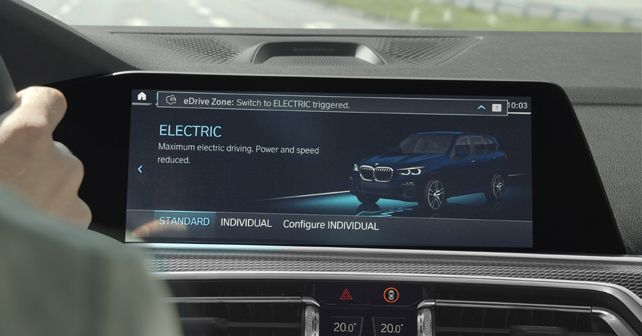 In order to make the playing field level for plug-in hybrids (PHEV) & fully-electric vehicles, BMW, from 2020, will introduce an 'eDrive Zones' function as standard across all its PHEVs. Through this feature, if any BMW PHEV enters a dedicated 'green zone' (meant for fully-electric vehicles), geofencing technology will be able to recognise the zone automatically and it will switch the car to electric-only driving mode. As per BMW, this is likely to fetch EVs and PHEVs the same access rights in multiple countries.

If you think the #NEXTGen Summit is just about economic, efficient & electrified green cars, then this next bit is likely to come as quite a shocker! As part of the summit, BMW has also glimpsed a project car under the 'Power BEV' moniker. Taking a current 5-Series production car as the base for the Power BEV, it has been fitted with three fifth-gen electric drive units, which together produce power in excess of 711bhp! Naturally then, the Power BEV can leap from 0-100km/h in under three seconds. 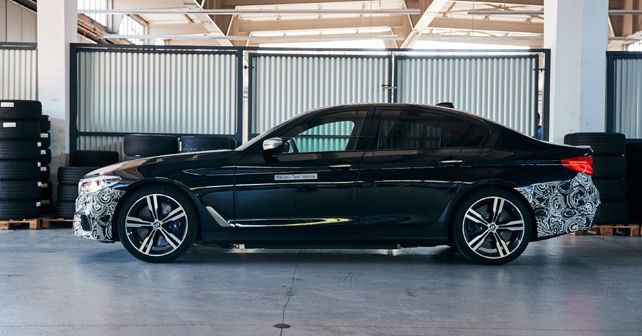 Each drive unit comprises an electric motor, associated power electronics & power take-off, all within a single housing. While one unit is mounted on the front axle, the other two are mounted on the rear as a double-drive unit. Three factors make this setup a breakthrough for BMW: The entire setup is based on a production-feasible model, it is almost free of all rare earth materials & the powertrain can be accommodated in the car without compromising on the cabin space.

The engineers have also ensured that Power BEV does not simply impress with its straight-line speed but also with its cornering abilities. To achieve this, the two electric motors on the rear axle are controlled separately, which paves the way for e-torque vectoring. As actively-targeted inputs are possible with e-torque vectoring in virtually any driving conditions, it is touted as a better alternative to a limited-slip differential, which always reacts to a difference in rotation speed between the driven wheels.