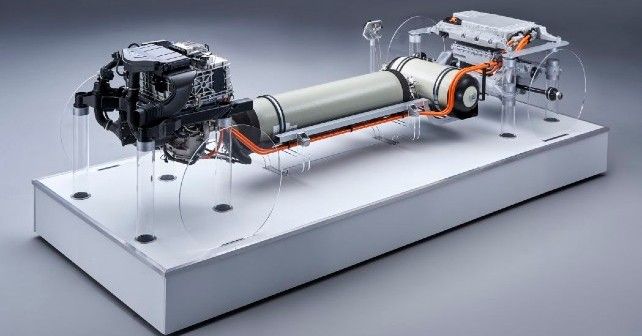 BMW and Toyota have been working together for some time now, and it looks like their new big project is going to be a next-generation hydrogen fuel cell system, capable of producing 370bhp and fitted into an experimental X5.

It's no surprise that carmakers are studying a great deal about alternative power sources. But for now, it seems that everyone is fixated on electric motors. Just look at the past few major car-shows. They all had one theme – electric mobility. Yes, electric mobility is certainly a viable option, but it's important to know that there are other alternative sources of energy that can power automobiles.

Hydrogen fuel cells, for example, are a great alternative and many carmakers have been experimenting with this technology. in fact, German carmaker BMW and Japanese carmaker Toyota have just unveiled a brilliant new technology that could be the future of hydrogen-powered vehicles.

The new power system created by BMW,  and developed in collaboration with Toyota, is called the i Hydrogen Next system. This new powertrain system uses a pair of 700-bar tanks that can hold approximately 7 kilograms of hydrogen. It also includes a fuel cell and a fifth-generation electric motor. The electric motor in this system will also be the power source for the upcoming iNext and i4 EVs from BMW. Finally, the i Hydrogen Next system gets what BMW is calling a 'peak power battery' that is fitted over the drive unit. As expected, the fuel cell uses hydrogen and oxygen to create electricity and transfer it to the motor. The 'peak power battery will only provide a temporary acceleration boost. The total output will, then, be around 370bhp. However, under normal driving conditions, only 168bhp will be available on tap.

The peak power battery will allow drivers to get that extra power boost if they want to drive real fast. This power boost will only be available for short bursts though. The main advantage of this system is that it will only take four minutes to refill the tanks. So you don't need to sit at a charging station for hours to get going again. The tanks are also not sensitive to extreme temperatures like conventional EV batteries. And, it's considered zero-emission technology because only pure water vapour is emitted.

While hydrogen-powered vehicles are nothing new, they still face some obstacles – the biggest is that there aren't enough filling stations. The second is that they need to be manufactured in large quantities to make their prices affordable. While passenger vehicles might not find it very promising to invest in this technology just yet, these applications are very effective in heavy machinery such as trucks, which is why BMW has said that its new technology will be most effective in larger SUVs. That is why the new i Hydrogen Next system will be fitted into an X5. We might not see hydrogen-powered cars in BMW showrooms in the near future, but BMW will launch an experimental X5 in 2022 with this system. In fact, BMW has already confirmed that the upcoming next-generation 7 Series will be fitted with at least four different types of powertrains.