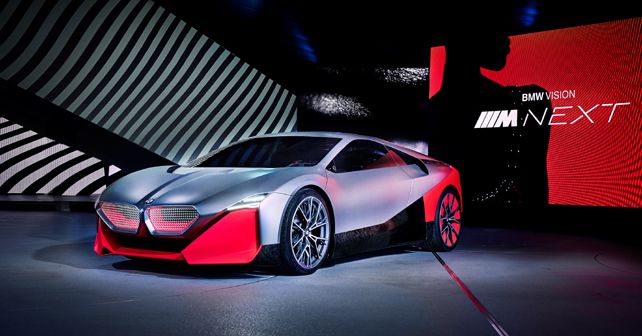 With the Vision M NEXT, BMW aims to demonstrate how new-age electrified technology can improve the driving experience and also make it more engaging.

In the words of BMW, the Vision M NEXT 'offers a foretaste of the BMW M brand’s electrified future by placing the focus squarely on the actively engaged driver'. Further, it has been developed on BMW's future experience concept 'BOOST', which is all about the 'active driving experience' and is also the pinnacle BMW Group's D+ACES innovation areas (Design +  Autonomous driving, Connectivity, Electrification & Services). 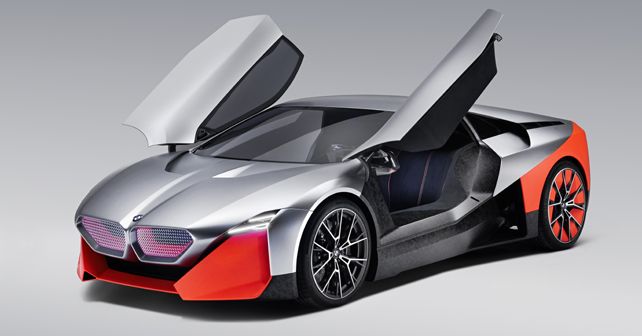 In terms of design, the Vision M NEXT takes its inspiration from the iconic BMW Turbo and i8 hybrid but uses those elements in a future-forward manner, with particular emphasis on the low-slung, wedge-shaped silhouette, gullwing doors and striking colour scheme. The colour combination of matt-neon Thrilling Orange & silk-matt Cast Silver metallic is meant to project a radical perspective, but it comes across as a bit funky and childish. 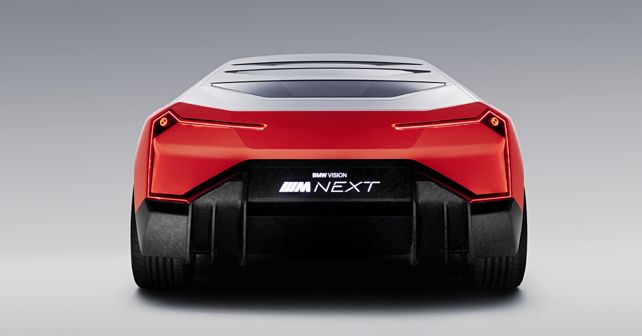 Another future trend showcased on the Vision M NEXT is the 'Laser Wire' lighting technology, wherein glass fibres coated with phosphorous are used to produce headlight elements with a precise form. Each of the rear lights, equipped with the same tech, feature a single wafer-thin glass fibre, which produces an abstract ECG trace of a heartbeat. Further, the two-dimensional interpretation of the distinctive BMW roundels gives them a 'floating' look in the transparent taillight lens. 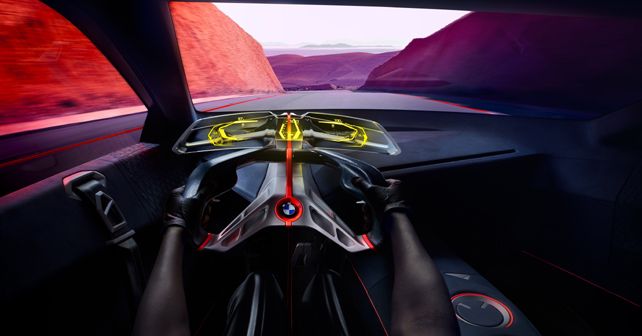 Coming to the most significant aspect, the Vision M NEXT is powered by a PHEV drivetrain, which offers drive in either electric All-Wheel Drive (AWD) mode or in pure Rear-Wheel Drive (RWD) mode. The RWD mode further has the option of being propelled either by pure-electric power or via a turbocharged four-cylinder petrol motor. The PHEV system combined is capable of producing close to 591bhp, with an additional BOOST+ mode available to give a power surge at the push of a button. Thanks to these mammoth figures, the Vision M NEXT is capable of leaping from 0 to 100km/h in 3 seconds and can go all the way up to 300km/h. In electric-only mode, BMW claims that the Vision M NEXT has a range of about 100km on a single charge, making it ideal for daily commute as well. 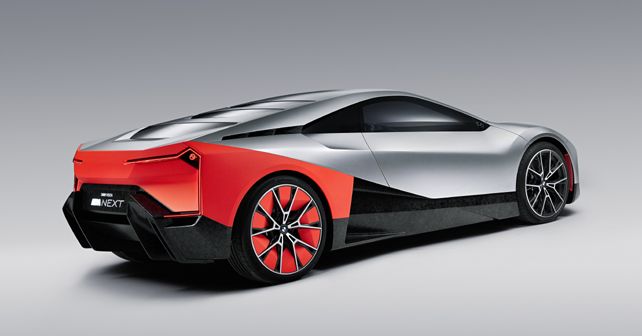 Another example of technological prowess achieved with the Vision M NEXT is the wheel design. The gaps in the 21-inch front & 22-inch rear wheels have been precisely engineered to offer maximum rigidity, minimum weight, reduce drag while effectively cooling the disc brakes. Further, the information that's shown on the multi-function display also 'adapts.' For example, if the car is being driven at higher speeds, the displayed information becomes more & more driver-centric, showing relevant driving-related data, and also moves closer to the driver's eye-line.

With such innovations already making their way onto Concept and Study vehicles, there's no doubt that the future of driving & performance cars is about to witness some massive & unprecedented changes.

Insights into the myBMW digital ecosystem

BMW to bring out 25 electrified models by 2023, two years ahead of schedule