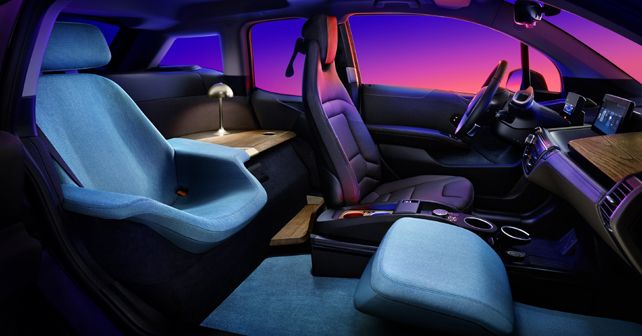 BMW has revealed multiple concepts & technologies at the 2020 Consumer Electronics Show that will go on to grace its vehicles in the near future. The technologies focus on some important themes, ranging from the use of sustainable materials to autonomous mobility.

The BMW i3 Urban Suite (shown in lead image) has been designed to offer a tailor-made mobility experience to passengers. To achieve this, the car's interior has undergone heavy modification and only the driver's seat & dashboard have been left untouched. The conventional passenger seat has been replaced by a laid-back lounger-style seat with a dedicated footrest (made using recycled materials). BMW claims that 'the aim was to create an inviting space with a high feel-good factor in which to spend time – the perfect place for relaxing, enjoying in-car entertainment or focusing on work in a laid-back setting.' Other modifications include a flip-down screen placed in the headliner and a personal 'Sound Zone' (perhaps a sound system with relocated speakers for better sound distribution). 20 examples of the BMW i3 Urban Suite were deployed at the show to provide a first-hand experience to visitors. 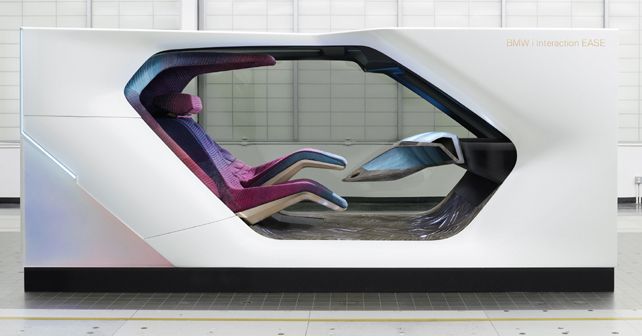 The BMW i Interaction EASE offers a glimpse into the future of urban autonomous mobility. Apart from using touch control, gesture control and natural speech to converse with the BMW Intelligent Personal Assistant, the BMW i Interaction EASE, in addition, offers more capability thanks to a new 'gaze detection' system. The system works via the vehicle’s artificial intelligence that detects when a passenger fixes their gaze on an object outside the car and offers them relevant information on it or other ways to interact with it. 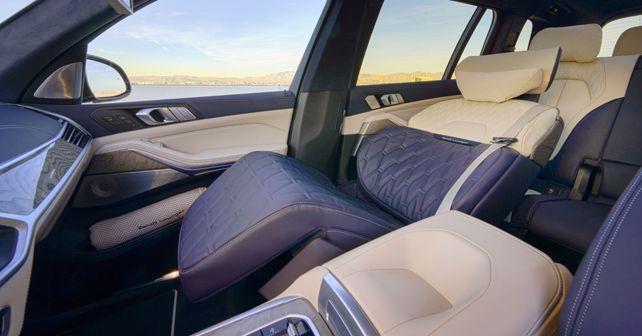