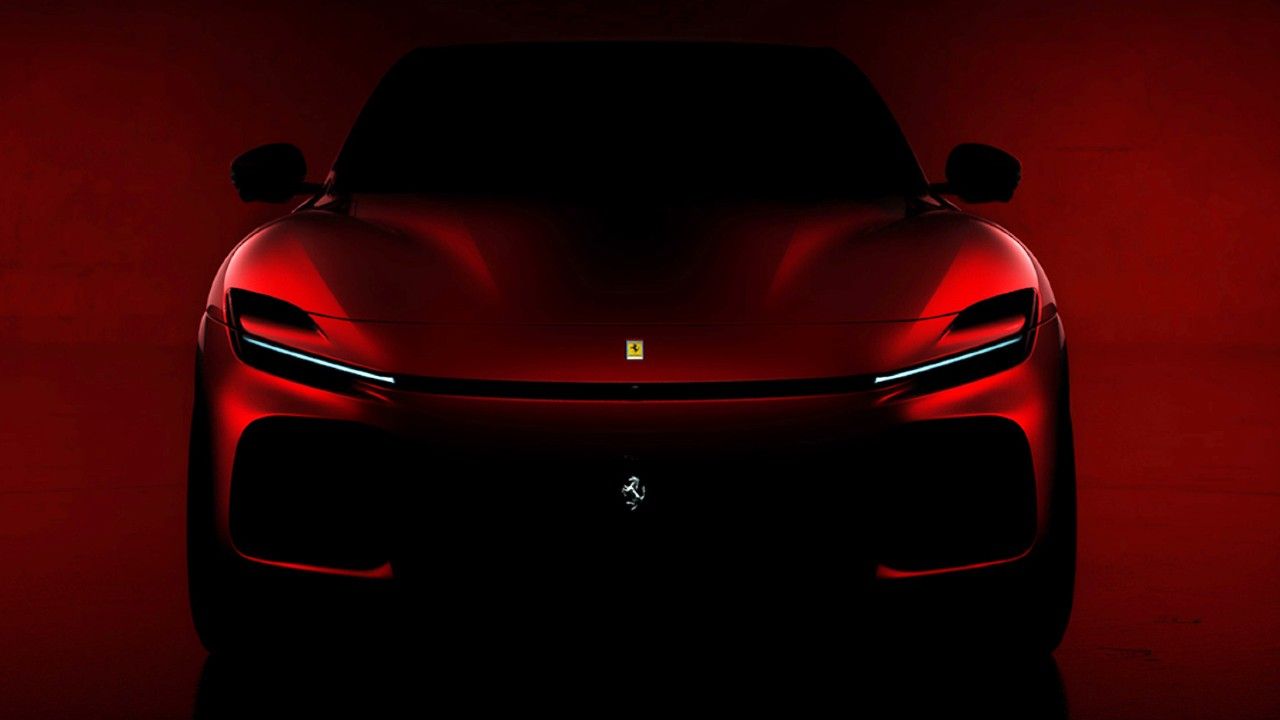 Ferrari's first-ever SUV, the Purosangue will make its debut in September this year. At its Capital Markets Day meeting, the company has announced that the car will come with its iconic V12 engine and will have limited production to retain its exclusivity.

Earlier this year, the company had revealed some of the car’s design elements, including a shadowed front fascia. The image revealed that the car will get a headlamp that falls in line with the ethos of the Ferrari SF90 and the F8 Tributo, along with a slim grille at the base of the bonnet and a prominent air-dam, which houses the brand logo.

Additionally, the company also announced that it would also limit the deliveries of the Purosangue to maintain its exclusivity. Ferrari also confirmed that the SUV will make up for just 20% of the brand’s overall yearly sales on average.

Furthermore, highlighting its plans for the future, the company announced that it plans to minimise the scale but will continue to offer pure ICE cars till the end of the decade. It plans to have over 60% of its portfolio to be electrified by 2025, with the same growing to 80% by 2030. This will include 40% all-electric and 40% hybrid cars. The brand’s first pure EV will debut in 2025.