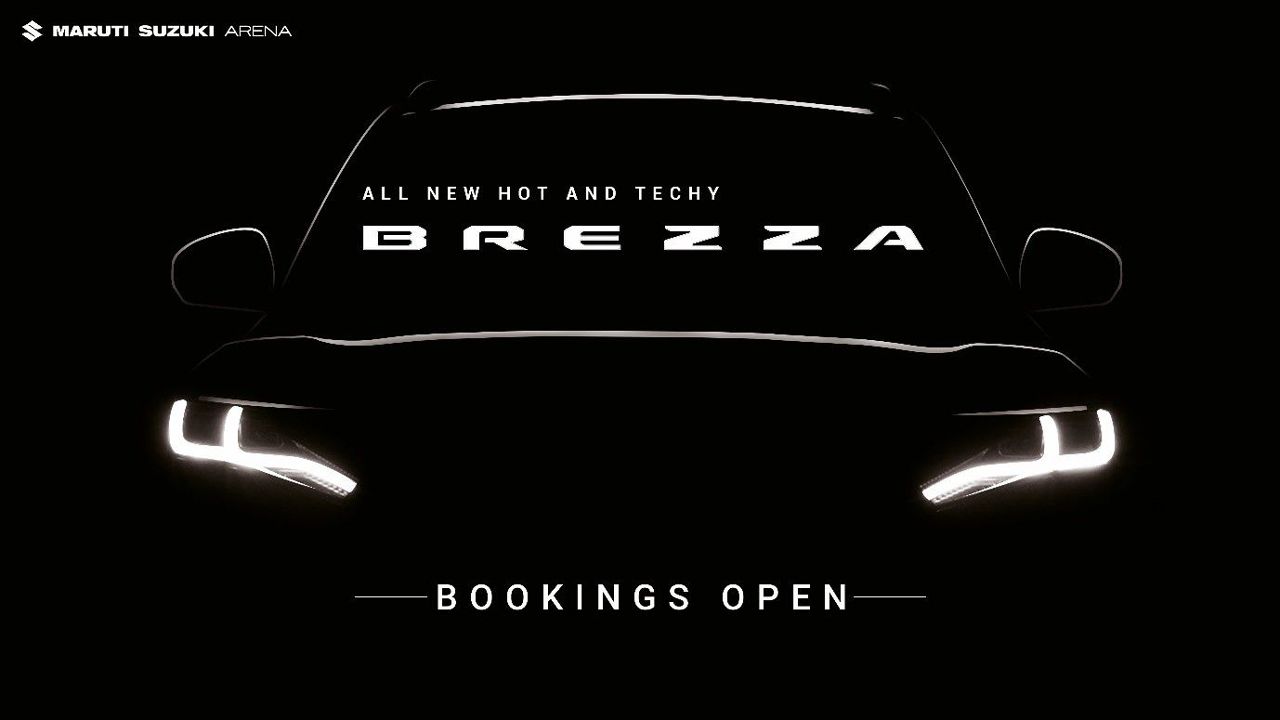 The teaser gives us the first official glimpse of the all-new Brezza. Bookings for the car are open online and across the brand's Arena dealerships for ₹11,000.

The launch of the all-new Maruti Suzuki Brezza is just a few days away, and bookings for the car are now officially open for ₹11,000. Eagle-eyed readers would have noticed that the upcoming car won't be called the Vitara Brezza but just Brezza. It's because the name 'Vitara' is reserved for the homegrown carmaker's upcoming mid-size SUV, which is in development with Toyota (as per media reports). Therefore, the new Brezza won't simply be a facelift but a replacement for the existing Vitara Brezza.

According to the official press release, the new Brezza is 'built on the DNA of the original Brezza', which hints at the use of the same platform as the outgoing car. However, since we've seen the new Brezza in multiple spy shots by now, it seems that the styling will be completely new and somewhat 'radical' in comparison to the current version. The teaser confirms a revamped front end, with new and angular DRLs.

Inside, the Brezza is expected to get an overhauled dashboard layout, like the new Baleno. Feature-wise, Maruti has confirmed the presence of an electric sunroof, which is a first for Maruti's compact SUV. Additional bits like cruise control, a six-speed automatic gearbox with paddle shifters (as seen on the XL6 facelift), six airbags, a head-up display, and more can also be expected on the upcoming Brezza.

Under the hood, Maruti Suzuki's new 1.5-litre K15C DualJet mild-hybrid petrol motor is expected to replace the outgoing car's K15B unit. The new engine is already available on the Ertiga and XL6. As mentioned above, the new six-speeder AT will also be offered on the new Brezza, alongside the standard five-speed manual.