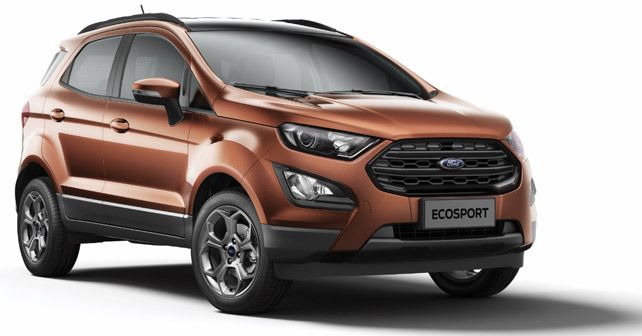 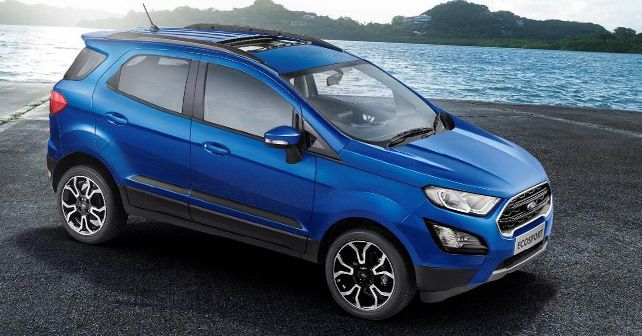 The EcoBoost returns with the new Ford EcoSport S along with a new gearbox and a sunroof.

Ford India has now revived the 1.0-litre, three-cylinder, turbocharged petrol, EcoBoost engine with the launch of the EcoSport S with a sunroof. Additionally, Ford has also introduced the EcoSport Signature Edition that will be offered for a limited duration as an optional package.

The EcoSport S will be offered with the 123bhp and 170Nm of torque generating EcoBoost petrol option or a 1.5-litre, 98bhp, four-cylinder turbo diesel engine. While the diesel option will continue with the 5-speed manual gearbox, the EcoBoost has dropped its old 5-speed for a brand new 6-speed manual transmission.

Aesthetic and feature updates on the EcoSport S include new smoked HID headlamps with dark inserts with blacked out fog lamps, a blacked out front grille, black painted roof & roof rails and 17-inch smoked alloys. Inside the cabin, the EcoSport S features orange accents on the seats as well as instrument panel bigger 4.2-inch digital information cluster along with the Tyre Pressure Monitoring System. Additionally, it will also be equipped with an 8-inch touchscreen infotainment system with Ford SYNC 3 and as for safety, it will come as standard with six airbags with ABS and EBD.

Offered for a limited time period, the Signature Edition Ecosport will be offered with the standard 1.5-litre petrol and diesel options featuring a series up visual upgrades. The Signature Edition will get a chrome surround on the front grille, Diamond cut 17-inch alloy wheels, black fog-lamp bezel, a rear spoiler, roof rails and body graphics and a sunroof. The interior upgrades include blue seat contrast-stitching, blue accents on the centre console and instrument panel all of which will be available as an option on the Titanium trim level.

The EcoSport S will be the top of the range trim in the EcoSport line-up and is priced at Rs. 11.37 lakh for the petrol EcoBoost version, while the diesel option will cost Rs 11.99 lakh. The Signature Editions is priced at Rs 10.4 lakh and Rs 10.99 lakh, respectively. All prices are ex-showroom, Delhi.