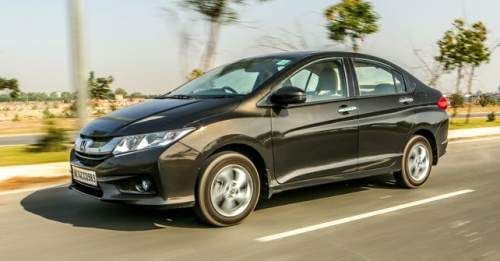 We have seen a lot of car makers announcing an increase in the price of their models with effect from January 2017 and it seems like Honda Cars India Limited too has joined the bandwagon. The Japanese car maker has announced an increase in price of up to 3 per cent. Like all other manufacturers, Honda too has said this move comes in in light of the increase in input costs.

Yoichiro Ueno, President and CEO, Honda Cars India Ltd. said, “Due to the increasing pressure on input costs and fluctuating exchange rates, we are forced to consider increasing the car prices across our line-up. The increased price will be effective from first week of January 2017.”

In 2016, Honda has introduced two facelifted models and two entirely new models. The Japanese car maker has introduced refreshed versions of its compact sedan Amaze and hatchback Brio. That aside, they also launched the BR-V SUV and CBU Accord Hybrid. On the cards for Honda next year is an updated iteration of its popular C-segment sedan, City.

Honda launched the City in 2013 and since then the car hasn’t received an update. Despite that, the C-segment sedan continues to among the best-selling models for the big H. Last month, the company registered sale of 2,658 units if the City. The Jazz was the second best-selling model for Honda, with 2,655 units sold. Overall, Honda sold 8.029 units in November this year as opposed to the 14,712 units in the same month last year. The drop in sales could possibly be an effect of the recent demonitisation in India.