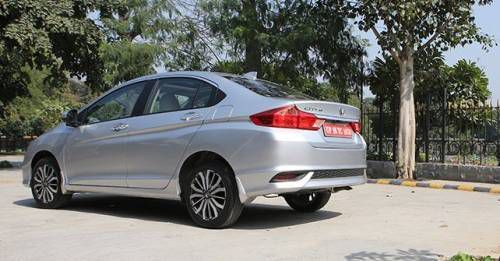 Except for the recently launched WR-V, all the other Honda cars will get a price hike, starting April 2017.

Honda has announced a price hike of up to Rs 10,000 across its model range in the Indian market. While the company hasn’t shared the price increase of individual cars, expect the likes of the CR-V and Accord Hybrid to get the maximum hike. On the upside, though, Honda hasn’t increased the prices of the recently introduced WR-V, meaning its prices are unchanged from the launch.

The revised prices will come into effect from April 2017. Honda says the current price hike is owing to the increase in input costs in manufacturing. Commenting on the same,  Jnaneswar Sen, Sr Vice President, Marketing and Sales, Honda Cars India Ltd. said, "Due to the increase in freight charges and input costs, we are forced to consider increasing the car prices for most of our models.”

Honda Cars India’s current model line-up includes the Brio, Amaze, Jazz, WR-V, City, BR-V, CR-V and the Accord Hybrid. Barring the Accord Hybrid – which is a CBU – all the other cars are built at Honda’s production units in Tapukara, Rajasthan and Greater Noida, Uttar Pradesh for sale in the domestic market.

Thus far in 2017, Honda has launched two new products in our market - the City facelift and WR-V. While the City has been a breadwinner for Honda Cars India for over a decade, the WR-V is an all-new vehicle that’s aimed at the crossover crazy buyers of the country.

The updated City has already reclaimed the title of the best-seller in the C-segment during the first month of launch. In February 2017, Honda dispatched over 6,300 units of the sedan, which is around 500 units more from its arch-rival, the Maruti Suzuki Ciaz. And given the prices of the WR-V, it should also do well in the market.