Honda sells nearly 10,000 units of the new Amaze in a month 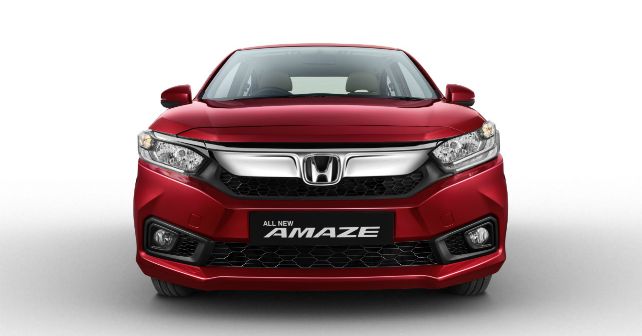 We were amply impressed with the new-gen Honda Amaze when we first drove it and it doesn’t come as a surprise that it has sold nearly 10,000 units in the first month

It has been more than a month since bookings of the new Honda Amaze commenced and just about 20 days since its launch. In such a short time, Honda has successfully managed to sell 9,789 units of the new Amaze. With this number, the Amaze surpasses the City as the best-selling model in Honda’s product portfolio.

The new Amaze improves hugely on the model it has replaced. From quality all around to comfort and features, the second-generation Amaze is better in every way. The quality of materials used on the dashboard and other panels is noticeably better, the seats are better cushioned and in certain variants, it gets better features like a touchscreen infotainment with Apple CarPlay.

At the heart, the compact sedan continues with the same motors – a 1.2-litre petrol and a 1.5-litre diesel. That being said, with this new model, Honda has added the option of a CVT with the diesel engine option. This makes the Amaze the first car in the segment to be offered with a CVT.

Honda has surely managed to get off to a good start with the new Amaze. While that was also the case when the first-generation model was launched, it eventually settled down and fell behind the competition. Will the new Amaze also have a similar fate? A question that only time will answer, but for the momentum to continue, the Amaze will have to take on the likes of the Maruti Suzuki DZire and similar sub-4 metre offerings. We tried to bring them all together to give you an idea of where the Amaze stands. Watch this video to know more.