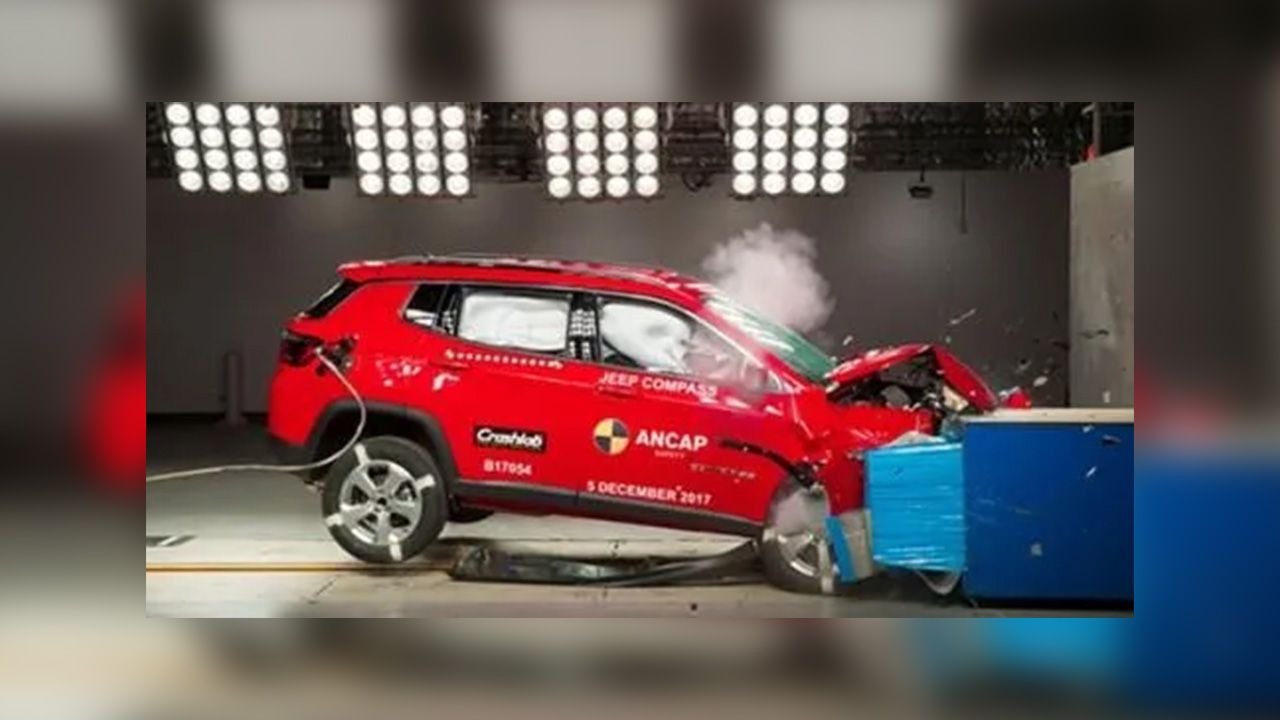 The Jeep Compass which is manufactured in India has been awarded a five-star safety rating.

In terms of safety equipment offered on the Compass, the safety packages on the SUV include a set of 9 airbags which contain – side, chest and curtain airbags, automatic emergency braking, and lane support systems.

In India, the Compass was launched at an astonishing sub-15 lakh price range with the top of the range model now currently being priced at Rs. 21.2 lakh (ex-showroom, Delhi). Even though the Compass comes crammed with safety equipment even for the Indian market, Jeep recently issued a recall of 1,600 units in India over faulty airbags.

For the Indian market, Jeep offers the Compass with a 1.4-litre, 4-cylinder, turbocharged petrol engine which develops 159bhp and 250Nm of torque. This engine is offered with either a 6-speed manual or a 7-speed twin-clutch automatic, both of which send power to the front wheels. Additionally, a 2.0-litre, 4-cylinder, turbo-diesel motors, which is capable of generating 170bhp and 350Nm of torque is also offered but only with a 6-speed manual gearbox. However, the top trim is also offered with all-wheel drive as well.