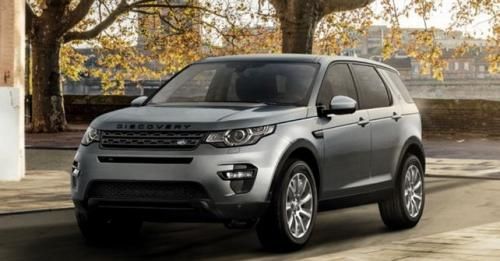 The WiFi hotspot uses a customer sourced SIM to provide in car access to a 4G hotspot for up to eight devices, allowing passengers to simultaneously stay connected. A range of additional services that further enhance the vehicle’s infotainment capabilities have been included under ‘InControl – Pro Services’ to deliver a better experience.

First up, there is the Route Planner app, which allows one to navigate to the end destination and sync routes with the vehicle’s navigation system. Then, the new Commute Mode feature, which learns a regular route and displays diversions if there are delays on the existing regular route. Finally, there is the Sharing ETA function, which, as its name suggests - allows sharing of updates with certain contacts on expected time of arrival (ETA) via SMS.

An important update in the Discovery Sport range is the discontinuation of petrol engine. Jaguar Land Rover (JLR) is in the process of updating its petrol range with its new series of ‘Ingenium’ turbo-petrol motors. The outgoing Discovery Sport petrol was powered by a Ford-sourced engine, which JLR is discontinuing globally. Expect the petrol powered Discovery Sport with a brand new engine to launch in India in early 2018.

As for the diesel Discovery Sport, it will come in two variants for 2018, both of which will be powered by a 2.0-litre diesel engine, which again, is a part of JLR’s new Ingenium engine family - and was introduced earlier in 2017. This motor makes 148bhp and 382Nm, and comes mated to a 9-speed automatic gearbox.