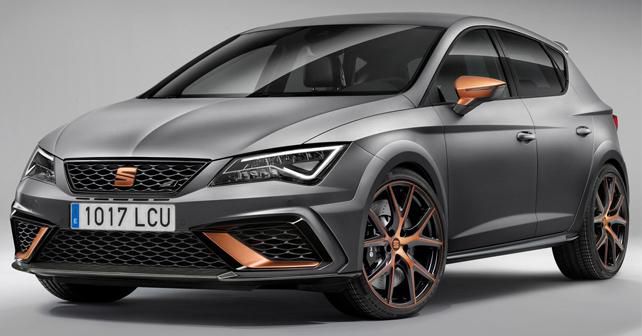 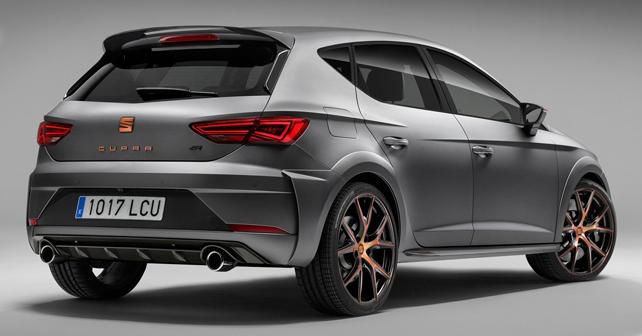 More power, copper detailing and stiffer chassis are some of the key highlights of the hot new Seat Leon Cupra R. And, yes, it's the most powerful Seat ever!

What you see here in the pictures is the hot new Seat Leon Cupra R. Updates include a minor bump in horsepower, some tasteful modifications on the outside and a couple of chassis revisions so as to make it more intense than ever before. Production will be limited to just 799 units across the world.

For the uninitiated, the Seat Leon Cupra is essentially the Spanish cousin of the fabled Volkswagen Golf GTi – both the cars are based on the same platform and share the same set of engines. That said, both differ from each other in their own unique ways.

Speaking of the new Leon Cupra R, it’s a dialed-up version of the already mental Leon Cupra 300. This means the 2.0-litre turbo petrol unit now produces 306bhp – a gain of over 10bhp over Cupra 300. It’ll be available with either a six-speed manual or a six-speed DSG automatic, sending the drive to front wheels.

Those opting for the DSG version, though, won’t receive those extra 10 ponies. That’s because the automatic Cupra R’s power output is same as the Cupra 300. As a result, owners of the manual transmission Cupra R will have the ultimate bragging rights for having the “most powerful Seat to date”.

Among other extras, the camber has been modified on the front axle while it also gets adaptive suspension DCC (Dynamic Chassis Control) for better body control. Massive Brembo brakes do deceleration duties. In addition to this, there is a new exhaust system, providing a sportier note.

Apart from the aforementioned mechanical updates, the Seat Cupra R gets some substantial and rather tasty styling over the Cupra 300. The wheel arches are flared, the front bumper is more aggressive with larger intakes and carbon-fibre detailing. There’s more carbon-fibre treatment on the side skirts and rear diffuser. Other bits that stand out, in particular, include copper detailing around the air-intakes in front, wing mirrors and on the 19-inch wheels. Three exterior shades are available, namely, Midnight Black, Pyrenees Grey and the exclusive Matte Grey that you see here.

Deliveries of the limited edition Seat Leon Cupra R will begin only by the end of 2017, while the car will make its debut at the 2017 Frankfurt Motor Show in a few days’ time.