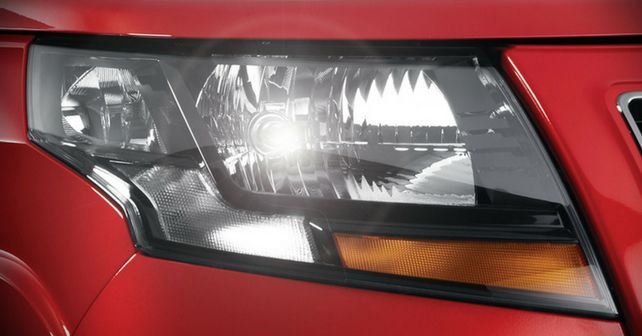 Official launch details of the TUV300 Plus still remain sketchy.

The TUV300 Plus has been a rather peculiar case. The stretched TUV has been subject to various leaks on the internet for quite some time now, and some reports even suggest that Mahindra dealers have unofficially sold a few units of it to certain customers. However, the Mumbai-based company has officially never talked about this vehicle as such.

Now, in an interesting development, the TUV300 Plus’ price has been listed on Mahindra’s official website. It is priced at ₹9.69 lakh (ex-showroom, Delhi), and is offered in a single P4 variant. However, the price is all what Mahindra has decided to reveal as yet, because there is absolutely no other sign of the TUV300 Plus on company’s website. So, no official images or specifications have been released as yet. 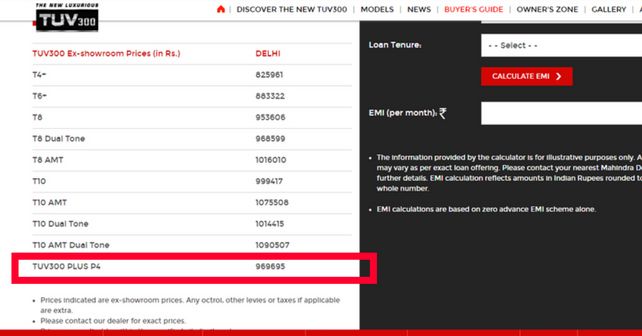 The TUV300 Plus is said to be developed as a replacement for the dated Xylo, and will mainly be targeted towards the cab market. The ‘Plus’ indicates additional length, which makes it over 4 metres long in order to accommodate an additional row of seats. The Plus is said to feature a slightly revised front bumper to differentiate it from its more mainstream twin.

Rumour mill claims that to cope with the additional bulk, the TUV300 Plus will borrow the 2.2-litre mHawk diesel engine from the Scorpio that produces 120bhp of max power and 280Nm of peak torque. But since no official specs of the vehicle have been revealed yet, it would be best to take this information with a pinch of salt.