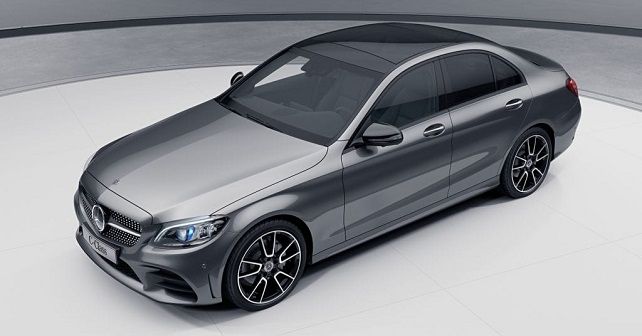 Mercedes-Benz India has silently updated the petrol version of the C-Class with a new BS6-compliant engine. The C-Class sedan is now available with a 2.0-litre petrol unit, which replaces the outgoing BS4 version's 1.5-litre petrol unit (with 48V mild-hybrid system). The petrol C-Class continues to come badged as the C 200, and it’s available in two variants – Prime and Progressive – which are priced at Rs 40.90 lakh and Rs 46.54 lakh, respectively. Both the prices are ex-showroom and are unchanged from the previous version.

With a bigger engine under the bonnet, the obvious benefit is more power. The 2.0-litre four-cylinder turbo petrol unit of the new C 200 delivers 200bhp of max power, which is around 19bhp more than the outgoing 1.5-litre engine. However, the old car had a 48V mild-hybrid system that added 14bhp of ‘boost’. As a result of this, there’s no difference in acceleration performance between the new and old C 200 – both the cars would do a 0 – 100km/h sprint in 7.7 seconds (claimed). The gearbox is the same 9-speed torque converter that sends the drive to the rear wheels.

Elsewhere, there are no changes in the car, meaning the design, equipment and cabin features are unchanged from the previous version.

Rivals for the new C-Class are usual suspects, meaning it'll continue to fight with the likes of BMW 3 Series, Jaguar XE, and Audi A4 in India. The A4, however, hasn’t received its BS6 update as yet, so it’s temporarily not on sale. That said, the BS6 version of the Audi A4 is expected to be launched in the country very soon.