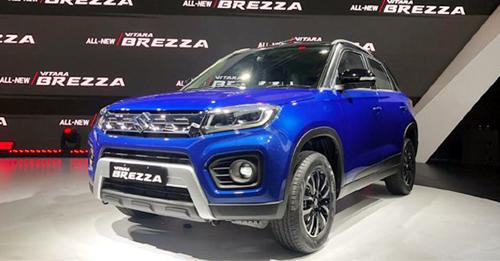 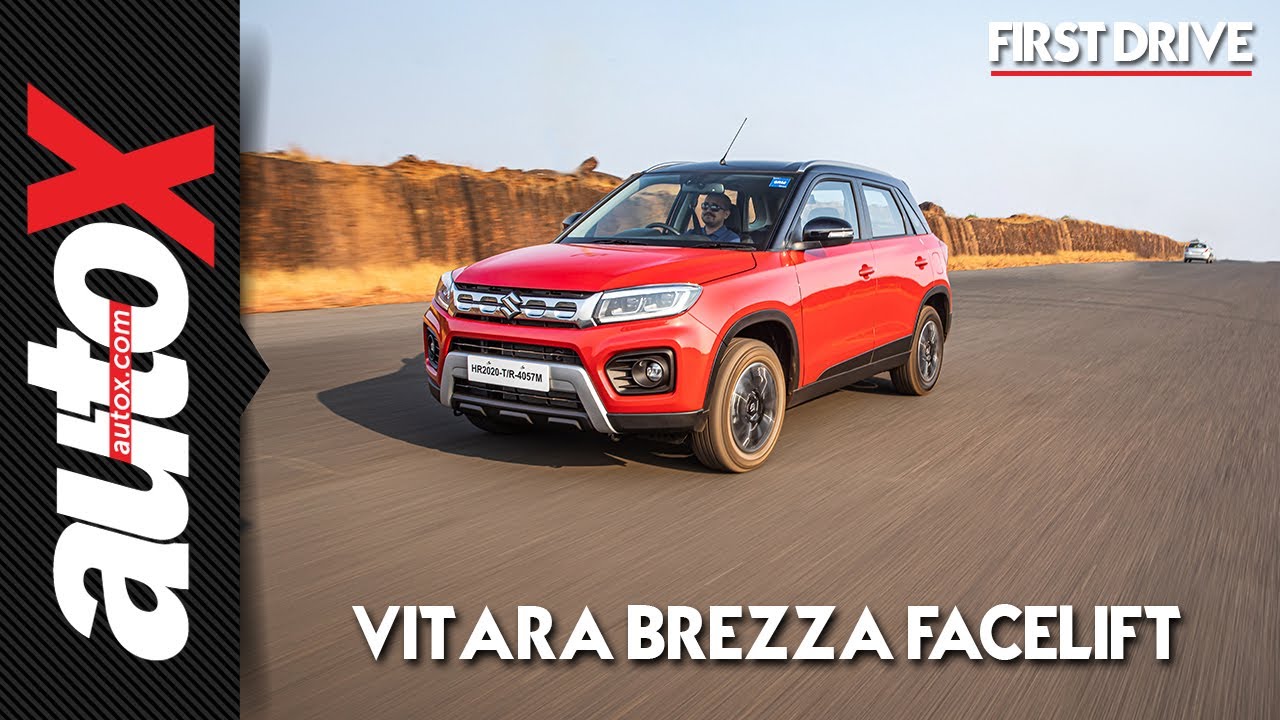 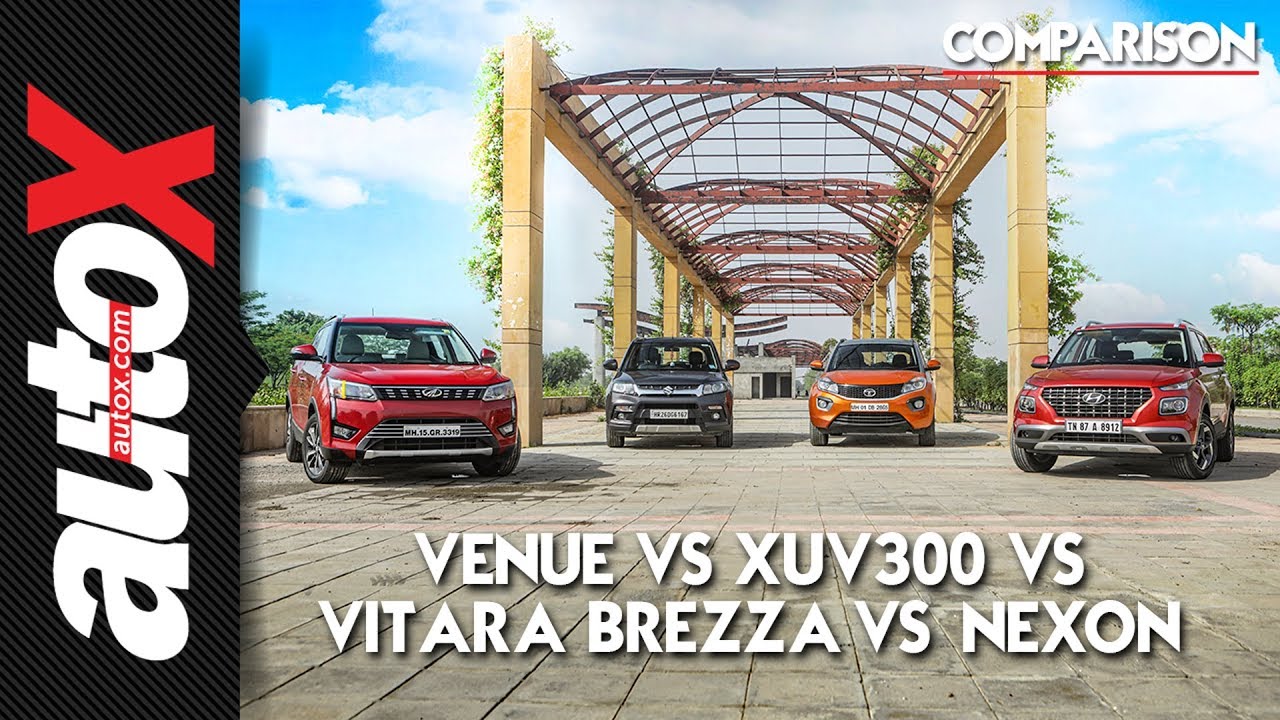 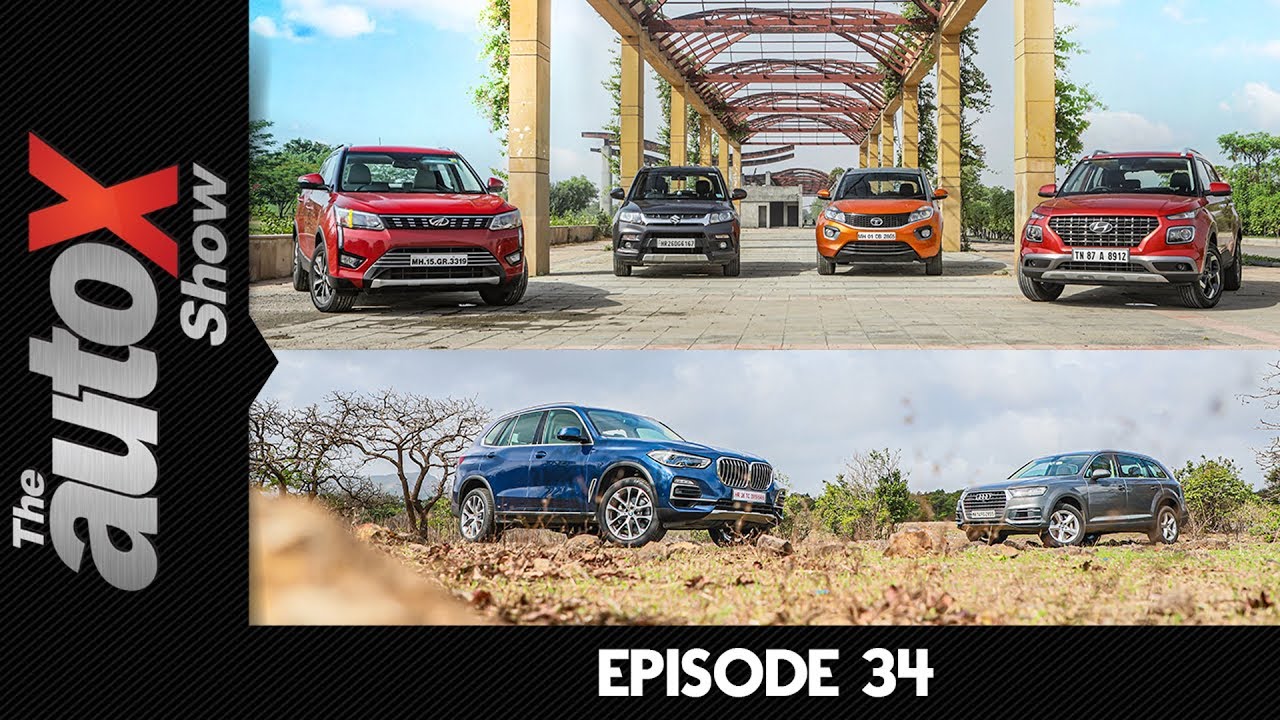 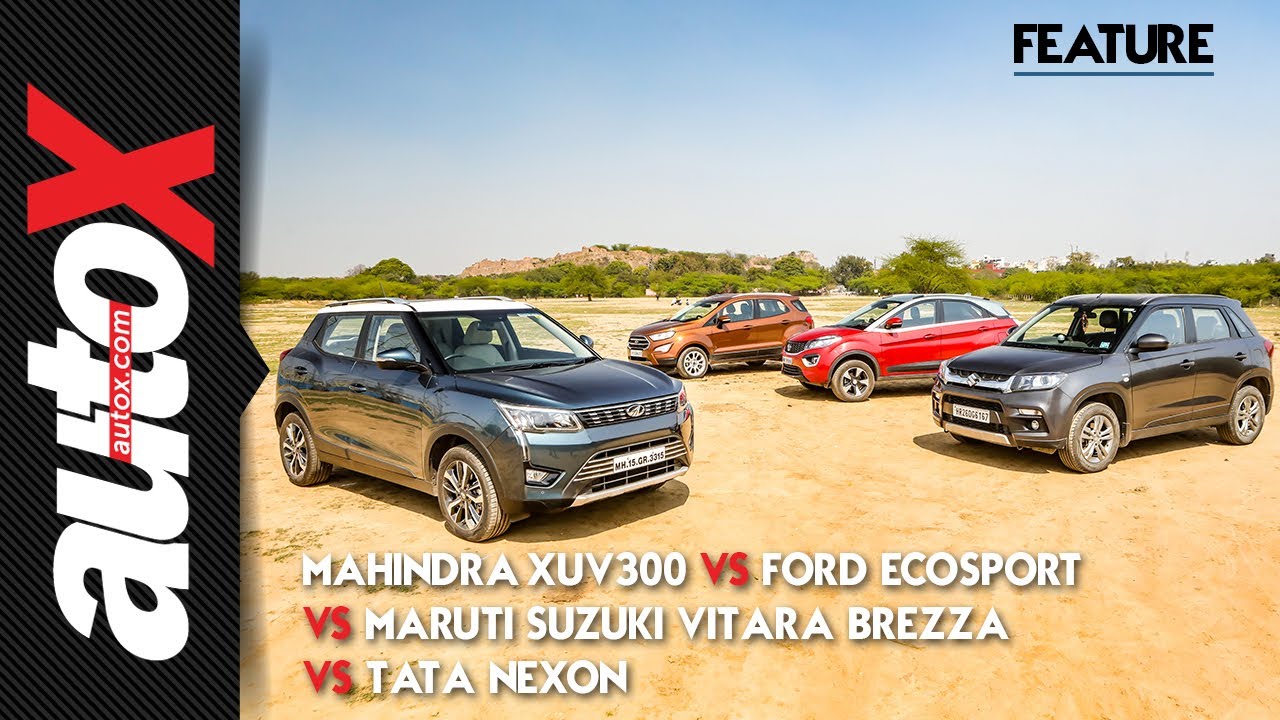 The Maruti Suzuki Vitara Brezza is based on Suzuki’s global C-platform. The Vitara Brezza is engineered in India by Maruti to better cater to the Indian environment. Maruti is targeting the younger audience with the Vitara Brezza, which is clearly seen from the dual-tone exterior paint scheme available on the top-spec trim. The overall design of the compact SUV is clean and well balanced.

For 2020, the Vitara Brezza, for the first time, has undergone a mid-cycle facelift. While it was only available with a sole diesel engine up until now, the Vitara Brezza - as per the company's decision to axe out all the diesel cars - is now a petrol-only model. Therefore, the Maruti Suzuki Vitara Brezza prices now start at a relatively affordable ₹7.34 lakhs.

The Vitara Brezza has contemporary and inoffensive design elements all over it. The Maruti Suzuki Vitara Brezza variants range from the base LXi to the top-end ZXi+. The lower-grade version is, of course, nowhere as well equipped as the higher-spec Z/Z+ trims. The LXi trim doesn’t come with body coloured door handles or ORVMs. Both the L and V spec trims don’t feature alloy wheels and do only with steel rims instead. Also, the Z spec trims have wider 215/60 R16 tyres as opposed to 205/60 R16 on the lower ones.

The interiors also offer the same design philosophy, as they feature a standard design. The cabin is all-black but the design remains contemporary. Since this is a sub-4-metre vehicle, don't expect sedan-like rear legroom. The ZXi+ trim comes standard with goodies like the company's 7-inch Smartplay Studio infotainment system, which features navigation, alongside support for Apple CarPlay and Android Auto. The Vitara Brezza also has customizable lighting for its instrument cluster.

The front seats are comfortable while the rear bench can accommodate 3 occupants for a small distance, but it's best to keep only two people at the back, legroom is decent, although not sedan rivalling. The boot though is small and isn’t best suited for road trips.

The list of Maruti Suzuki Vitara Brezza features is quite extensive as it comes loaded with many gizmos, however, to get the most features, you'll have to opt-out for the Z+ trim. These include a push-button engine start/stop with keyless entry, a reverse camera, a 7-inch infotainment system with support for Android Auto and Apple CarPlay. ABS, Dual front airbags, reverse parking sensors, seatbelt reminder for the front passengers, and a speed warning system are standard across the range. The 16-inch precision cut alloy wheels, however, are reserved for the top-spec Z+ trim.

The Maruti Vitara Brezza is powered by a 1462cc, four-cylinder naturally-aspirated petrol engine. The engine is capable of producing 103bhp and 138Nm of torque. It is compliant with BS-VI emission standards. The engine is developed in-house, and features great drivability, especially in the lower end of the rev range. The transmission options are either a 5-speed manual or a torque converter automatic. The automatic derivatives of the Vitara Brezza also come equipped with the company's SHVS technology. Therefore, the Maruti Suzuki Vitara Brezza on-road prices for the automatic variants are substantially higher than its manual counterparts.

The Maruti Suzuki Vitara Brezza has nimble driving dynamics. It drives like a car and body roll isn’t as pronounced as on some other SUVs. Aiding this nature is a somewhat stiff suspension setup. As a result, it can be a little bumpy over rough tarmac. The Maruti Suzuki Vitara Brezza is underpinned by McPherson strut front suspension and a torsion beam setup at the back with coil springs all around. Its stiff setup means ride quality is compromised and could be better.

Maruti Suzuki’s joint venture with Toyota in India resulted in the launch of the Toyota branded Glanza premium hatchback, which brought with it a new powertrain option for the car in the form of....

Maruti Suzuki has launched the 2020 Vitara Brezza facelift at ₹7.34 lakh for the entry-level non-hybrid Lxi variant. The top-spec Zxi+ (AT) dual-tone variant is priced....

Auto Expo 2020 was used as a platform by numerous carmakers to showcase a range of production ready cars that are gearing up for their market launch, thereby engaging the public before their market....

As part of the model's impending BS-VI update, Maruti Suzuki has presented the 2020 version of the Vitara Brezza with the 1.5-litre K15B Smart Hybrid (integrated starter generator + dual battery)....